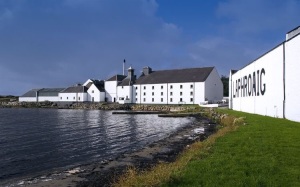 Bottle your own [through tour,one 25cl bottle, choice from 3 casks]

THE HISTORY OF LAPHROAIG
No one knows the full history of Laphroaig as much of it has been lost in the midst of time unfortunately. It’s clear that the Irish had been distilling here for many years and that the locals picked up the skills when they left, but because it was illegal the small stills on the farms were rarely discussed – just a nod and a wink in the right direction!

What we do know though, is that the Johnston’s started farming here around 1800, and that soon after messers Charles and Willie Doig were asked to do some ‘work on a distillery’ at Laphroaig. By 1815 Laphroaig’s reputation had spread and the tax man was getting suspicious so they officially established Johnston & Johnston and the legend of Laphroaig begun.

Find out more about the history of Laphroaig below, using the scroller on the left of the timeline to take a step back in time.

The Passing On Of Secrets

The Mystery Of Laphroaig Remains Unsolved