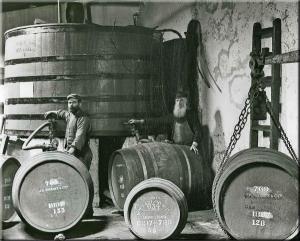 I read this and thought it was pretty true so thought you might be interested.. It was written by Gigi Engle…

“Here are 16 reasons why the man who drinks whiskey is the best lover:

A whiskey drinker knows what he likes and what he doesn’t like. He isn’t afraid to let the world know.

He’s comfortable with himself, which makes him confident in the sack. He won’t be nervous to give you direction or let you take the reins.

2. He isn’t shy about going against the grain.

If there is one thing that makes the whiskey man so interesting, it’s that he’s unconventional. He can’t stand with the group and order rounds of Bud Light.

He unapologetically stands out. This shows that he isn’t going to allow your sex life to be vanilla or tragically tame. He’s the first one to try new things.

He’s a traditional kind of guy in all the best ways. With him, sex is always a soulful, sensual experience. He doesn’t subscribe to the generational concept of sex without passion. He feels things deeply.

He’s not afraid of a little kink. He likes his lovemaking like he loves his whiskey, with a little burn. A little pain during sex can be hot, and he is all about that.

He’ll be down to do it anywhere, anytime, and that is exhilarating. He’s a straight up, out-in-the-open, have-dirty-sex-in-a-field kind of person.

That kind of unabashed, free-spirited nature is a definable trait unique to that of the whiskey man.

Whiskey men are all about the process. He will take the time to explore your body the way he explores his neat: with slow, deliberate purpose. He doesn’t rush, he makes sure things are done right.

7. He never does things half-assed.

He is the kind of man who is all or nothing. Lazy sex just isn’t a concept with him. He is all in 100 percent. The enthusiasm is wonderful.

He’s solid both physically and emotionally. We all know that when it comes to both lovers and whiskey, it’s always the stronger, the better.

He will take you for a ride, and it will get sweaty. He’s not going to pussyfoot around when it comes to the boudoir. He will rock your world and make sure you both get a serious workout.

He’s got a great personality and a sharp, dry sense of humor. He’s definitely a spicy, interesting character. You know he has a past, and he has the best stories to tell.

He’ll never go out of style. He’s the kind of guy guaranteed to get the mom seal of approval, while secretly being a tiger in the sack.

He has a dark, earthy charm that is completely irresistible. Unlike the other boys in the room, he is a man.

He definitely gets straight to the point. He always tell you what’s on his mind and isn’t afraid to hurt your feelings. He also never misses his mark.

Oh, enough innuendo, he won’t get it in your hair, and that’s a beautiful thing.

He’s like the gun-slinging cowboys from those old westerns that sparked your sexual awakening at age 12. Here you’ve got him, the real life Marlboro man. You know you’re going to tear him apart.

He’ll make you feel like you can do anything. He can give you the kind of strength only whiskey can — a sense of confidence and comfort you can feel in your core.

The best lovers are the ones who make us feel like our greatest, sexiest, funniest andmost amazing selves.

A guy who ponders over a neat filled with the golden liquid of the gods not only makes a great lover, but also a great partner.

He warms you from the inside out. Whiskey goes down your throat and wraps its hands around your heart just like your man does. He’s the best guy there is, that whiskey man”…

I thought to myself, this sounds just like me..