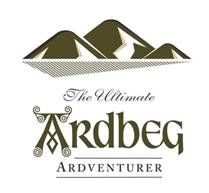 Ardbeg Single Malt Scotch whisky has announced a whisky challenge like no other is to launch today on Ardbeg’s remote Scottish island home – Islay. Ten contestants from six different countries have converged on the island to compete in the world’s most daring whisky challenge.

The Ultimate Ardbeg ARDventurer challenge brings to life the single malt’s untamed spirit, by taking the contestants on an extraordinary odyssey into essential Islay. The competitors will learn first-hand how the island’s rugged coasts, wild peat bogs, mist-capped hills and brooding lochs have inspired the world’s smokiest, peatiest Islay malt whisky for more than 200 years.

Led by Ardbeg Distillery Manager Mickey Heads and survival expert Monty Halls, the ten, who include Ardbeg fans, journalists, commentators and bloggers from Canada, Germany, Japan, the UK, US and Sweden, will face a series of intrepid challenges as they vie to become the Ultimate Ardbeg ARDventurer. Armed only with essentials and a rather unusual ration pack*, the ARDventurers will be immersed in the rain-soaked, windswept homeland of Ardbeg for three days…until a winner emerges.

Beginning with an apprenticeship at the Distillery and an arduous trek to Ardbeg’s water source, Loch Uigeadail, the contestants must then spend a day cutting the peat which lends Ardbeg its smoky character. Finally, they will row a cask of whisky along Islay’s perilous coast, following in the wake of the earliest distillers, who transported their cargo by sea. ARDventurers will carry a 12kg pack and camp at atmospheric locations such as the 8th century Kildalton cross – a symbol of Islay’s Celtic heritage. They will cook on an open fire (with only a wee dram or two of Ardbeg for comfort). Each day, they will be ranked by Heads and Halls, for Ardbeggian qualities such as survival spirit, endurance and resourcefulness.

Mickey Heads said: “It’ll be fascinating to see how each ARDventurer will react to the wild untamed nature of Islay. We’ll be watching for the contestant who best embodies Ardbeg’s qualities throughout the challenge. Only they will be named the Ultimate Ardbeg ARDventurer.”

Following the inaugural launch challenge, consumers will get the chance to book their own bespoke ARDventurer experience from 9th September 2016; starting from £12,000 upwards for an individually-tailored trip. Please contact Ardbeg Distillery for further details http://www.ardbeg.com/contact-us

Daily updates from the contestants and the Distillery will be posted from the 6th September 2016 at http://www.ardbeg.com

About Ardbeg:
Ardbeg is renowned as The Ultimate Islay Single Malt Whisky. Established in 1815, Ardbeg is revered by connoisseurs around the world as the peatiest, smokiest and most complex of all the Islay malts. Despite its smokiness, Ardbeg is renowned for its delicious sweetness, a phenomenon that has affectionately become known as ‘the peaty paradox’. During the 1980s and 1990s, Ardbeg suffered from an uncertain future and it was not until the brand was purchased by The Glenmorangie Company in 1997 that the Distillery was saved from extinction. Since then, the Distillery has risen like a phoenix and today Ardbeg is well established as a niche, cult malt with a passionate following.

About Monty Halls:
Monty Halls is an award-winning TV explorer, expedition leader, author and TV producer. He first visited Islay in 1999 and has returned countless times. He was so taken with the island’s wild, untamed beauty that he even named his daughter after it. He has worked closely with Ardbeg Distillery Manager Mickey Heads to devise the itinerary for The Ultimate ARDventurer Challenge and with his in-depth knowledge of the island and superb survival expertise; he is the perfect host for the trip. Halls originally served as a Royal Marines officer and after leaving the services in 1996, subsequently gained a first-class degree in marine biology.

About The Ultimate Ardbeg ARDventurer:
This unique challenge which showcases Ardbeg’s untamed character, takes in the most significant Ardbeggian locations on Islay, including:

The Ardbeg Distillery: Whisky has been distilled at the Ardbeg headland on Islay (after which Ardbeg is named) since 1815. The award-winning Ardbeg Distillery has been described in world whisky expert Jim Murray’s The Complete Book of Whisky as “unquestionably the greatest distillery on earth”. At the Distillery, ARDventurers will become Ardbeg apprentices for a day, gaining rare access to the inner workings of the distillery, mastering techniques including mashing, milling, cask rolling… and of course, tasting.

Peat Cutting: Digging into Islay’s rich seams of peat with shovels, the contestants must gather 64kg of the fuel, the amount required to fire Ardbeg’s kiln to produce a cask of whisky. This vital part of the production process lends Ardbeg its distinctive peaty character.

The Kildalton Cross: The 8th Century Kildalton Cross is one of the finest surviving Celtic monuments in Europe – and a symbol of Islay’s early heritage. Carved from a single slab of stone, the cross’s Celtic knotwork inspired the distinctive swirls of Ardbeg’s logo. The cross stands by Kildalton Old Parish Church – and ARDventurers will spend a night camping nearby, to experience the eerie significance of its location.

Ardbeg Pier to Port Ellen: The pier at Ardbeg has always served as a vital artery for the Distillery’s whisky to be transported across to the mainland, by boat. For this challenge, the ARDventurers will experience first-hand Ardbeg’s close relationship with the sea, as they row a cask of whisky along Islay’s coast to the town of Port Ellen.

*About the ARDventurer ration pack:
Within their 12kg of kit, each ARDventurer will carry a ration pack inspired by the tastes and aromas of Ardbeg, to use as they see fit – innovative use of the kit may earn contestants vital points in their bid to become the Ultimate Ardbeg ARDventurer. The ration pack includes: a bottle of Ardbeg Ten Years Old, a bar of soap, a line of tarry rope, a tin of sardines, iodine, lime, peat, Vicks VapoRub (menthol), cheese, smoky bacon, black pepper, chocolate, aniseed, almonds and matches.

Content from The Inaugural Ultimate Ardbeg ARDventurer will be posted daily from the 6th September 2016 at http://www.ardbeg.com