It’s not often I  get a personal invite to join in with a live tasting direct from the distillery but I did and how could I refuse when it was Balblair doing the asking ? .. All I knew was it was a ” festive treat” and since many of the Balblair expressions are sherried I certainly expected a festive tasting.. The package arrived and it didn’t take too long for me to rip it open and gaze at what we would be trying.. Inside were 3 5cl bottles containing whisky from 2005,1999 and 1990.. For those that don’t know, Balblair release all their whisky by vintage rather than the normal age statement or fancy name, so if it states 1999 then all the whisky contained inside is from 1999 !  They also don’t add colouring so it’s all natural and no chill filtration is done so all in all it ticks the boxes.. 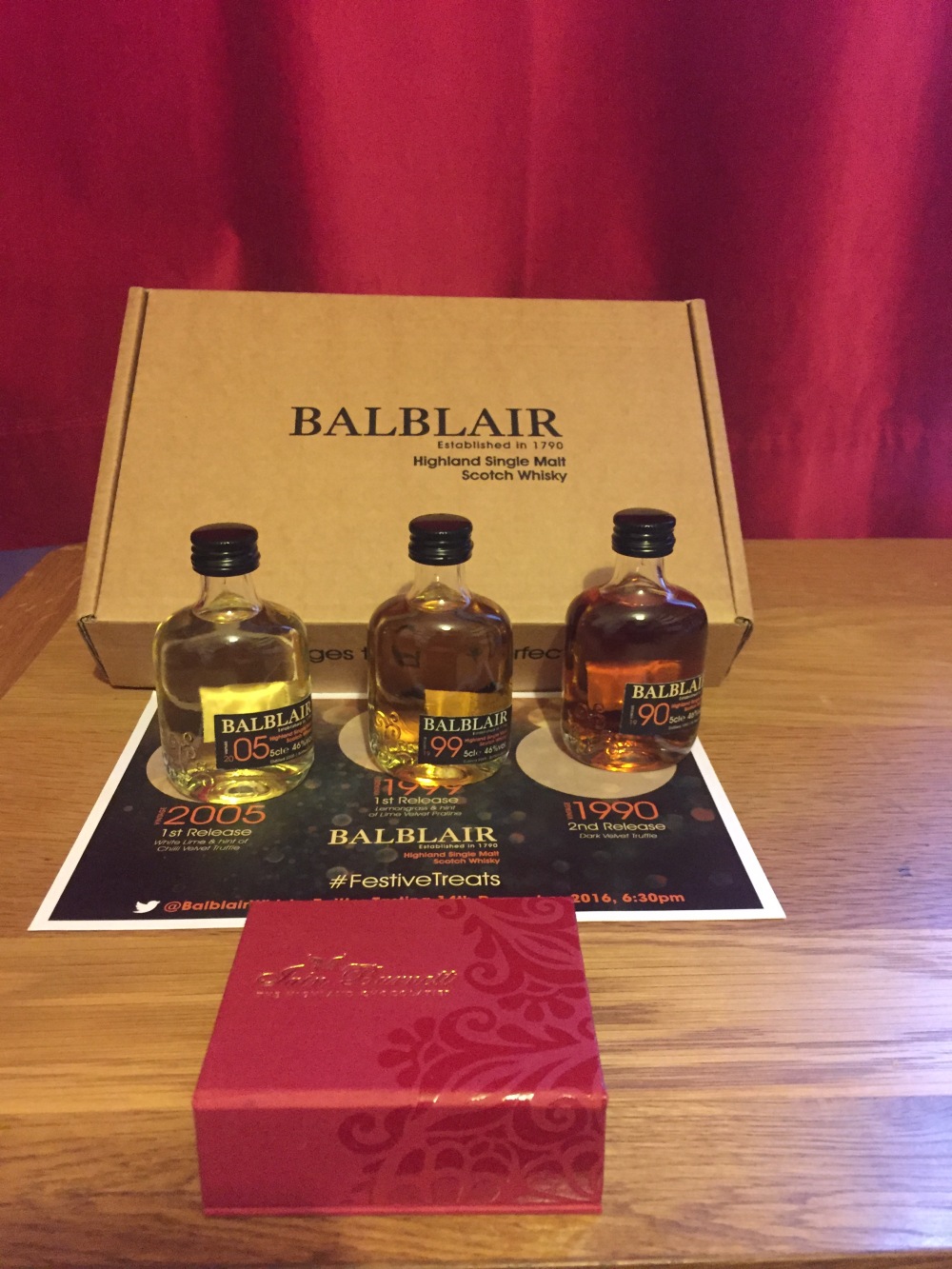 First up on the night was a 2005 vintage that was matured solely in  s cons fill bourbon barrels, and de charred -re charred hogsheads.. This is NCF and has natural colour and was bottled at 46% abv and is a first release..

Nose.. Very fresh with natural sweetness and quite fruity.. Vanilla, toffee and caramel give you a delightful sweet nose with green apples, pear, and a little cinnamon letting you know it is  a multi layered whisky..

Finish.. Sweet with a touch of oak..

On the night we paired this with a White lime and chilli chocolate from Iain Burnett ( The Highland Chocolatier ) which really gave this expression a different path, the spices were heightened and the dark chocolate really complimented the whisky perfectly..

Second whisky on the night was a 1999 vintage, matured in 1st and 2nd fill American ex bourbon barrels before further maturation in 1st fill European Sherry casks.. Once again No colour is added and this is NCF. Bottled at 46% abv

Nose.. Intriguing… Starts of musky with dark fruits, citrus, aniseed and sugared almonds.. There is a Devine orange and lime note that compliments the natural vanillas and chocolate notes along with  gentle tobacco, toffee and caramel aromas.

Palate.. Sweet and dark.. The dark fruits balanced out with the vanilla, toffee and honey notes while dark chocolate with hints of orange and ginger tantilise the senses.. There is gentle oak in the background that compliments coffee and cinnamon and a touch of burnt sugar.

Finish.. Quite Devine.. oak and soft sherried notes linger for quite some time.

Again this was paired with chocolate from Iain Burnett that really brought out the spices and darker side of this whisky. Another perfect pairing !

Last up on the night was the 1990 vintage, matured in 2nd fill ex American oak bourbon barrels before extra maturation in first fill European oak sherry casks.. Once again no added colour and this is NCF and bottled at 46%abv.. This is the second release version of the 1990.

Nose.. This is why I love whisky ! The nose just reminds you of walking into a dunnage warehouse and taking a great big in hail.. Musky and dark with dates, raisins, figs and plums, glazed cherries, candied orange, dark chocolate and old leather sit perfectly alongside subtle tobacco, coffee, ginger and cinnamon notes.

Palate.. A subtle infusion of oak, dark fruits and spices pave the way for an explosion of delightful flavours.. Rich chocolate, vanilla, dark toffee and cinnamon compliments each other along with coffee grinds, marzipan and honey.

Thoughts.. The 1990 for me was the stand out malt on the night, it is everything I want in a whisky.. Complex and well balanced. It delivers everything and the nose is so delightful, it’s like a mysterious,seductive temptress that just entices you in …. The  1999 is a rather beautiful dram that just has it ! It’s one of those anytime malts, one you pour to relax, one for those cold winter nights and one you want to share with friends. The 2005 is such an easy going malt, one you give friends just to let them know they are  in for a treat tonight.. One that says quality and one that just goes down a little too easy.. 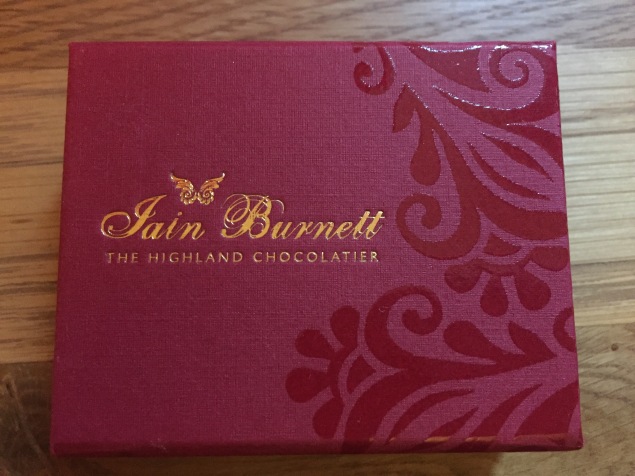 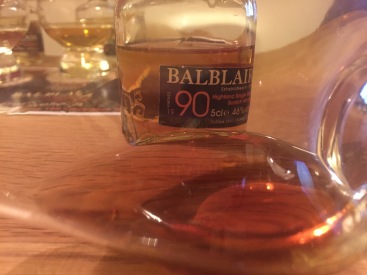 My thanks go out to Balblair for the invite and for the fantastic whisky !! Also to Iain Burnett ( The Highland Chocolatier) for the superb chocolate.. A perfect pairing !!