The name Macallan ’ is most likely derived from two Gaelic words -‘Magh’ meaning a fertile piece of ground and ‘Ellan’, meaning ‘of St Fillan’, an Irish born monk who travelled widely in Scotland spreading Christianity during the eighth century. Mention whisky and Macallan to anyone and they will know the name such is the power and fame behind this malt. Known for its big sherried flavours and quality casks The Macallan is one of those malts that frequent the high society events and can command many many thousands of pounds for the top end bottles.

Todays bottle though is one most can afford and is matured in both American and European sherry casks..  Bottled at 40% and has no colour added.

Nose.. Dried fruits are instantly noticeable with dates, sultanas and raisins coming to the fore along with plums and red apples giving it a touch of freshness.. Orange peel, cinnamon, marzipan and poached pear with honey round this of in style.

Palate.. Starts off with a subtle spicy kick before the dried fruits and black treacle, marmalade and almonds take a turn to pleasure the palate. Dark chocolate and hints of coffee and liquorice with the faintest hint of tobacco Finish the taste sensation off..

Thughts.. This is a little more like it, when you taste this you can almost imagine why Macallan has such a big name, a little more abv would help but this is well balanced and shows some complexity.  Sit back on those cold winter nights, pour some of this and smile, just don’t look at the price. 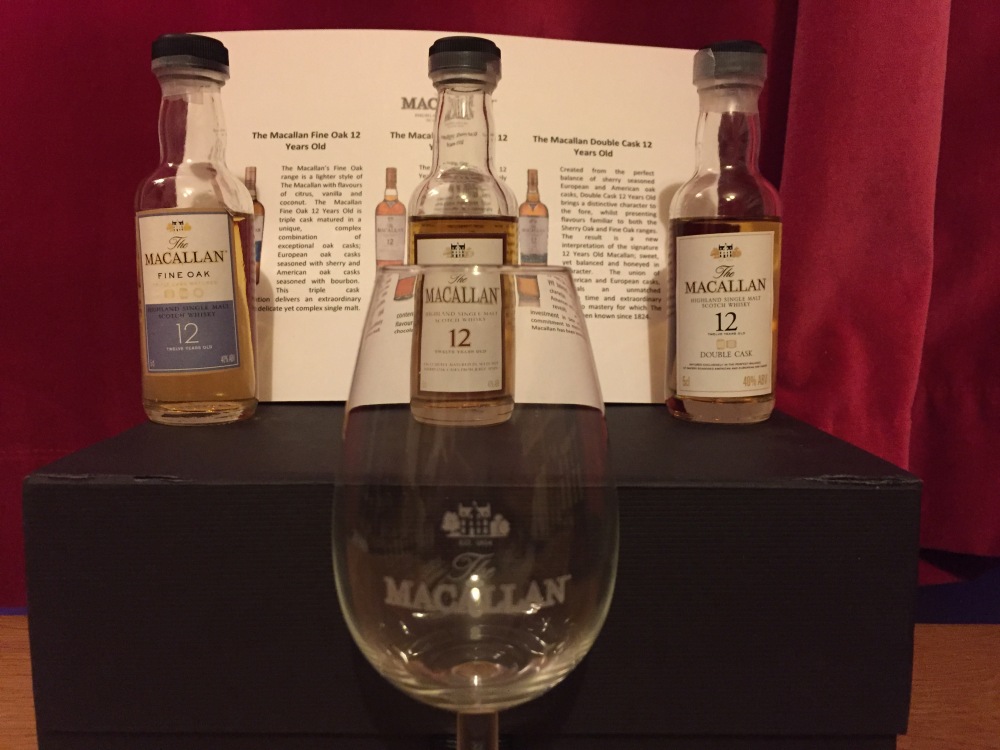 Thanks go out to Steve from the Whisky Wire and Tweet Tastings for this sample as part of a live tasting on Twitter.