Tobermory was established in 1788 by the British Fisheries Society. Until then the town had been a small farming settlement, built around the medieval church at the top of the hill. In the 1790s – The turn of the century inspired a bold new vision and in 1797 John Sinclair, a local kelp merchant, applied for the lease of 57 acres of land on the area known as Ledaig in order to build housing and a distillery. Distilling was, however, banned in Britain between 1795 and 1797 in order to conserve grain stores for the War of the First Coalition with France. As a result, his application was rejected and he was only granted permission to build a brewery. However, Sinclair was not a man to give up that easily. He remained true to his original plan and a year later Ledaig Distillery was established.

In 1971, the Ledaig Distillery (Tobermory Ltd.) reopened and this momentous year was marked by a limited edition release. But the 1970s were to bring their own economic troubles and the years ahead were punctuated with highs, lows and further closures. The 1980s saw the distillery warehouses being converted into flats and showed signs that this was the beginning of the end.   But it seemed the tenacity of its original founder was in the very foundations of the distillery and like a phoenix rising from the ashes, it took on new life in 1993 when it was purchased by Burns Stewart Distillers. Since then the distillery has become the jewel in the island’s crown. The world has changed unimaginably since they produced the first single malt almost two hundred years ago, but the distillery continues to produce whisky in the old fashioned way.  The distillery now produces two single malts, firstly the un-peated Tobermory single malt then also a peated ledaig whisky, the production is split between producing these two malts.

Just a few days ago the Tobermory distillery released two limited edition ” small batch ” malts that are a Tobermory 21 yo cask strength finished in Manzanilla cask and the second is the Ledaig 19yo (peated) finished in a Marsala cask..

The Tobermory 21yo has a cask strength of 54.5% abv , it is NCF and natural colour,  this expression will have limited availability in Europe, USA,Canada and Asia, and can also be bought direct from the distillery.

Palate.. An instant hit of oak and spices followed by those fruity notes.  This has your attention straight away, there is a moment when the dark fruit dominates but it is only a moment, those spices and oak notes soon flood back, the fruit mingles with soft toffee and chocolate flavours, the citrus notes are there but struggle to overcome the dominant flavours.

Thoughts.. This was a strange one for me, I like it, it interests me but I can’t say exactly why !  The nose is so different to the palate, more fruity and fresh and the palate is an oak infused spice bomb.. There is a multi layered complexity to this and you will either like it a lot or you just won’t get it.. It’s going to be a marmite malt in my opinion, you will love it but you won’t know why… Bery interesting. 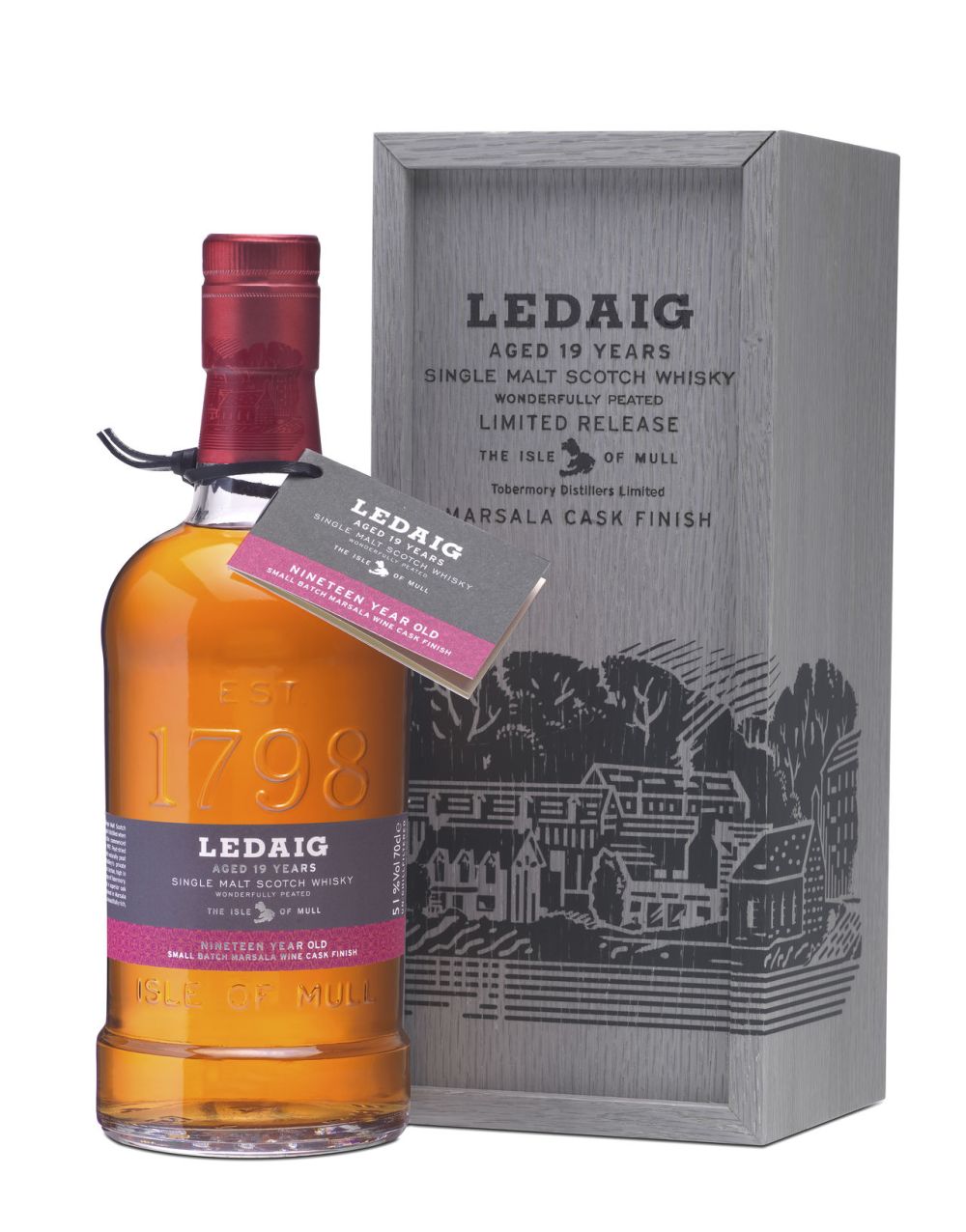 Second up is the Ledaig 19yo finished in Marsala wine casks after maturing in bourbon casks, bottled at 51% abv and NCF, this spirit is some of the first prayed spirit laid down in the late 90s when the distillery commenced duel production..

Palate.. You hope for it to carry on from the nose and it does not disappoint!! You instantly get a sweet smoke infused toffee, chocolate time bomb that just engulfs your entire mouth and takes you straight back to a beach with a dying driftwood fire where everything tastes of smoke.. Smokey apple pie with cinnamon, burnt toffee, candied oranges, oak and a hit of ginger..

Finish.. Lingering smoke, Drying with a soft sweet side.

Thoughts.. Ok stop the press.. Let me firstly admit I don’t always get Ledaig !! Shock horror as I am about to say I do prefer this Ledaig over the Tobermory.. This is such a nice whisky, very easy to drink and nicely balanced..  Not too overpowering and the smoke actually compliments everything else that’s going on.. Very nice !! 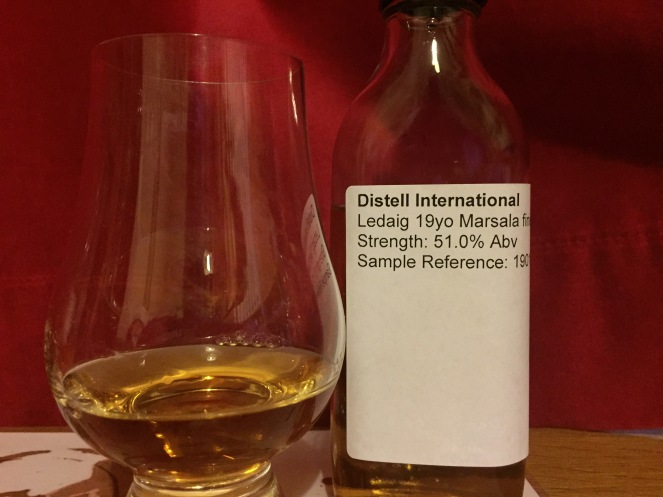 Thanks go out to Sian for these official samples..