Highland park whisky is one of those whiskies that always manages to bring a smile to those that drink it, those fruity flavours wrapped in that gentle smoke just always manage to hit the right spot !

The distillery of late has been releasing the whisky wrapped within a Norse mythology story, everything from gods to stories of mighty warriors and this release is sitting within its own wonderful legendary world.  Valkyrie gets its name from old Norse mythology and is described on the Highland park like this …

“According to the old Norse sagas, for Viking warriors, death was not an end but a glorious beginning. And it began with the Valkyries…

Plunging down from the dark heavens, the Valkyries would descend like avenging angels on horseback to comb the battlefields for the bravest of the fallen warriors, heroes fit to enter the great Norse god Odin’s hall, Valhalla”.

The whisky itself is said to be a little more smokier with a mix of 50%fully peated malt instead of the 1:4 ratio normally used.. Bottled at 45.9% abv ..

Thoughts.. This certainly carries a touch more smoke and light peaty flavours that just give an extra dimension to the other flavours and aromas.. The smoke although ever present never totally dominates, it feels like it enhances all the other flavours, a little like champagne and strawberries..

Thanks go out to Highland Park For this official sample.. 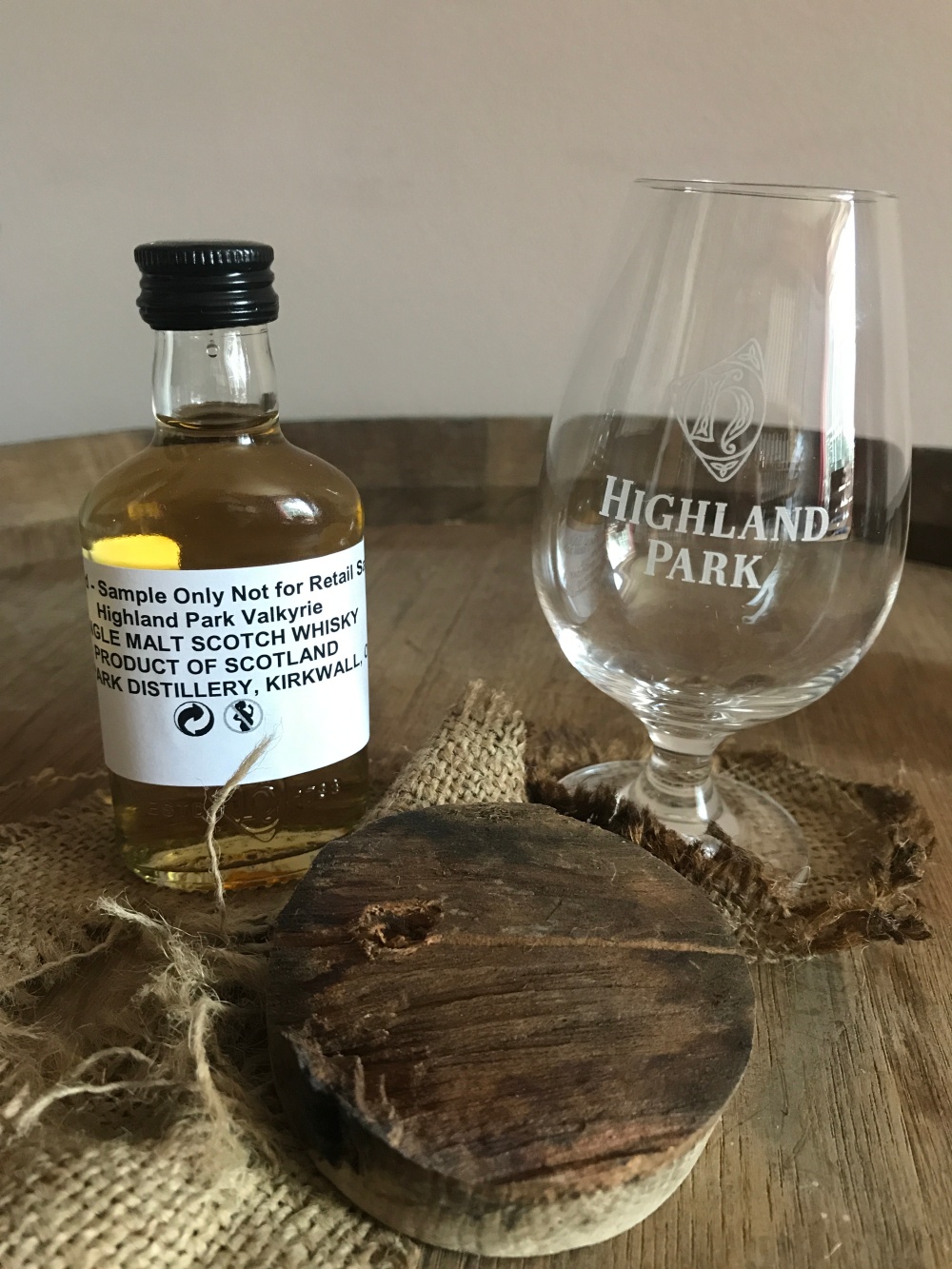