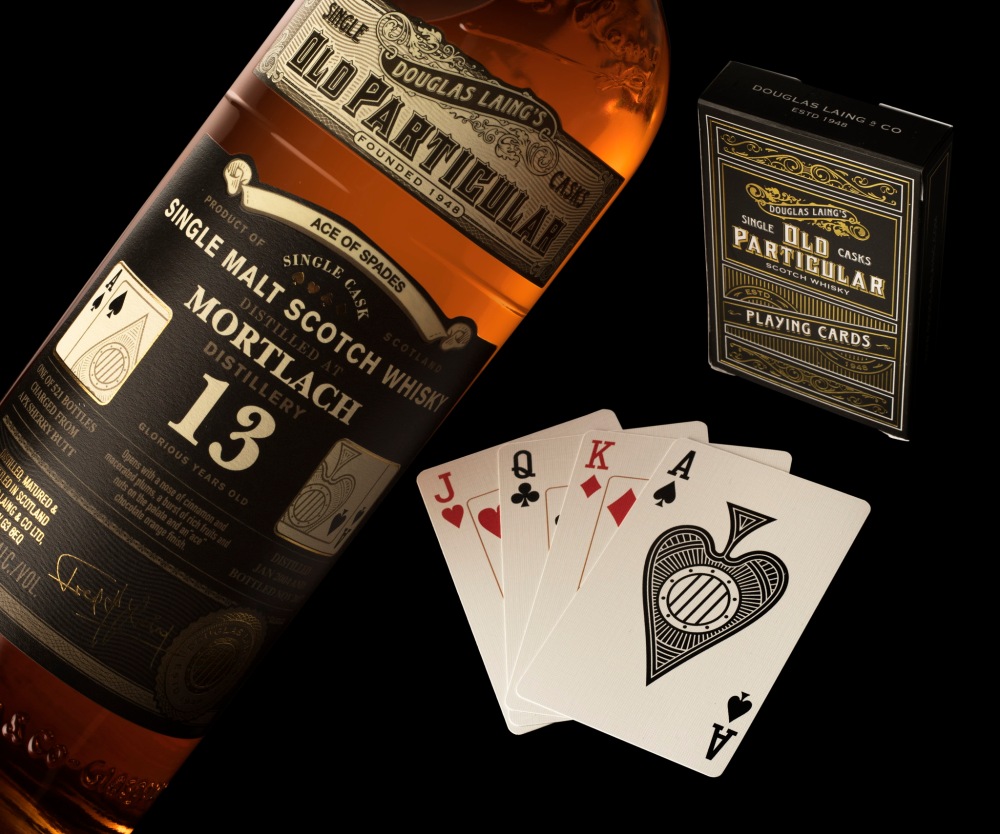 Finished in a single Pedro Ximinez Sherry Butt, the tasting notes include cinnamon, macerated plums, a burst of rich fruits and a chocolate orange finish. 521 bottles are available globally.

The Ace of Spades bottling is the fourth and final planned release within the Old Particular Consortium of Cards series, which launched in February 2017 with the “Queen of the Hebrides” Laphroaig 18 Years Old. “King of the Hills”, which followed in May, was a Ben Nevis 20 Years Old, whilst the penultimate special edition, “Crackerjack”, a 28 Years Old single cask distilled at the Port Dundas Distillery, was unveiled in August of this year. Each is bottled at 50% alcohol strength and offered without colouring or chill-filtration.

Fred Laing, Managing Director of the family firm, comments: “Our Old Particular Consortium of Cards series has allowed us to highlight and celebrate some particularly tempting casks from our family vaults throughout this year. Our decision to finish this Mortlach Malt in a PX butt has certainly paid dividends, with the resulting spirit showing incredible depth, plus a rich and indulgent character. We’re thrilled to show our “ace card” to see off 2017!” 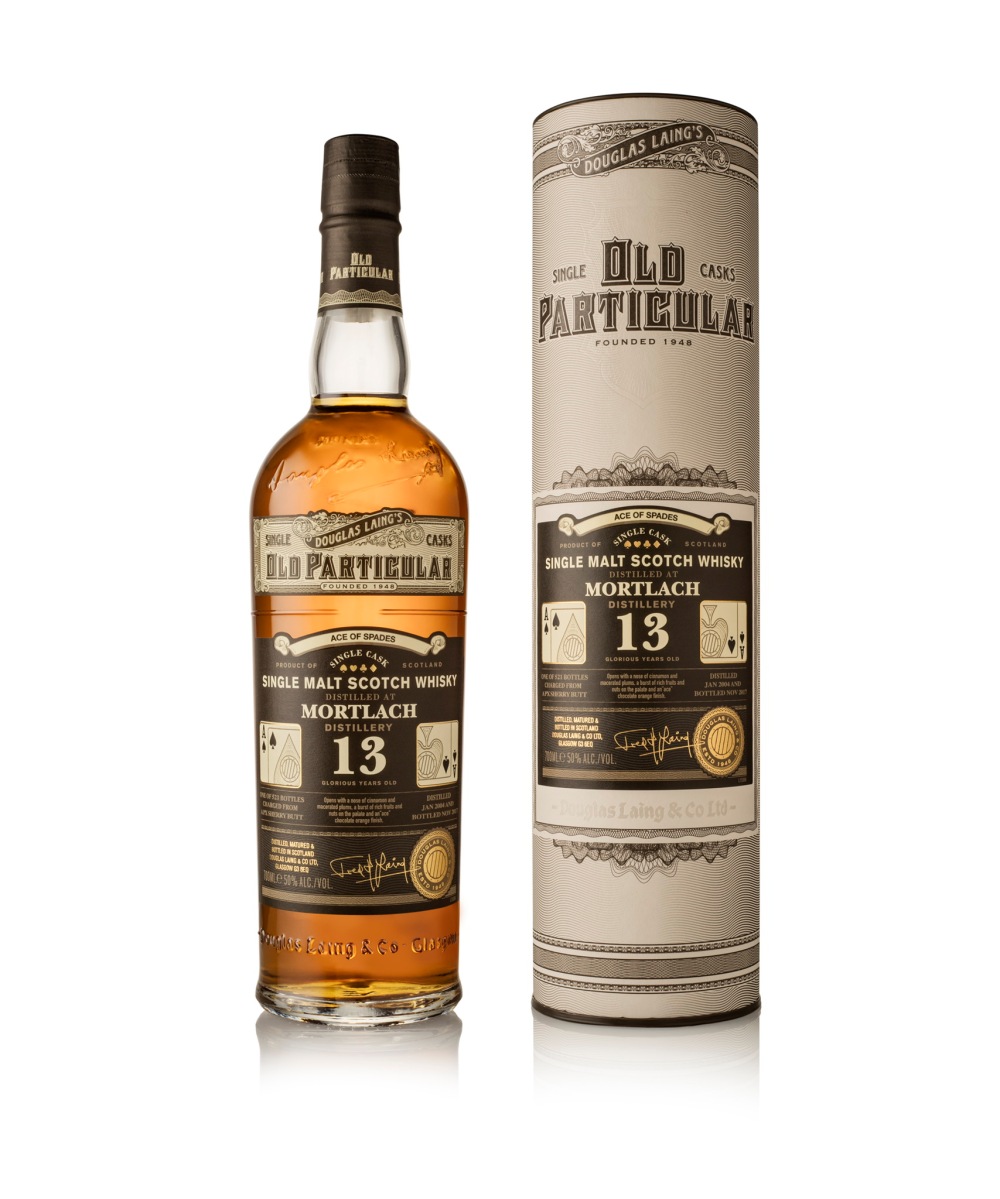 The Ace of Spades leads a pack of Old Particular single cask bottlings unveiled by Douglas Laing & Co this quarter. From Speyside, a toffee-sweet Glenlossie 19 Years Old and a Linkwood 20 showing caramelised banana, whilst the Highland region is represented by a polished-wood style Glengoyne 20, a waxed-orange and buttered toast style Tullibardine 24 and a particularly peated Ledaig 15. A single cask bottling distilled at Strathclyde Distillery in 1990 shows a rich and spicy toffee character, with a moreish, caramel bon-bon finish.

Old Particular “Ace of Spades” will be available from November 2017 with complimentary gold-foiled playing cards from selected retailers, with estimated RRP of £78. 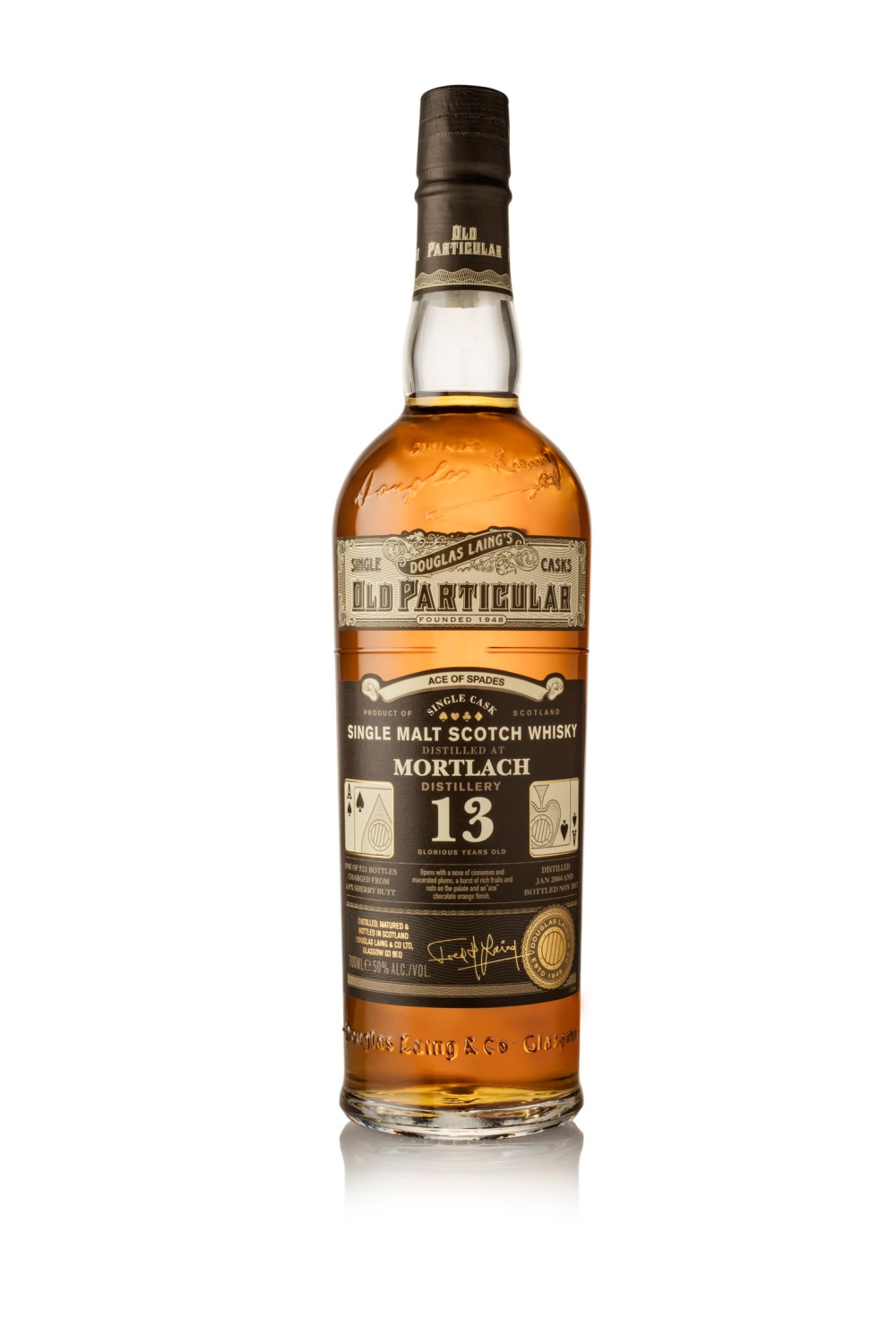