Ok so day two is upon us and what does my Boutique-y calendar have in store for me today.. It’s only another new release in the form of this Single cask Caol  Ila 6yo Batch 3 that boasts a bottling strength of 52.2%. 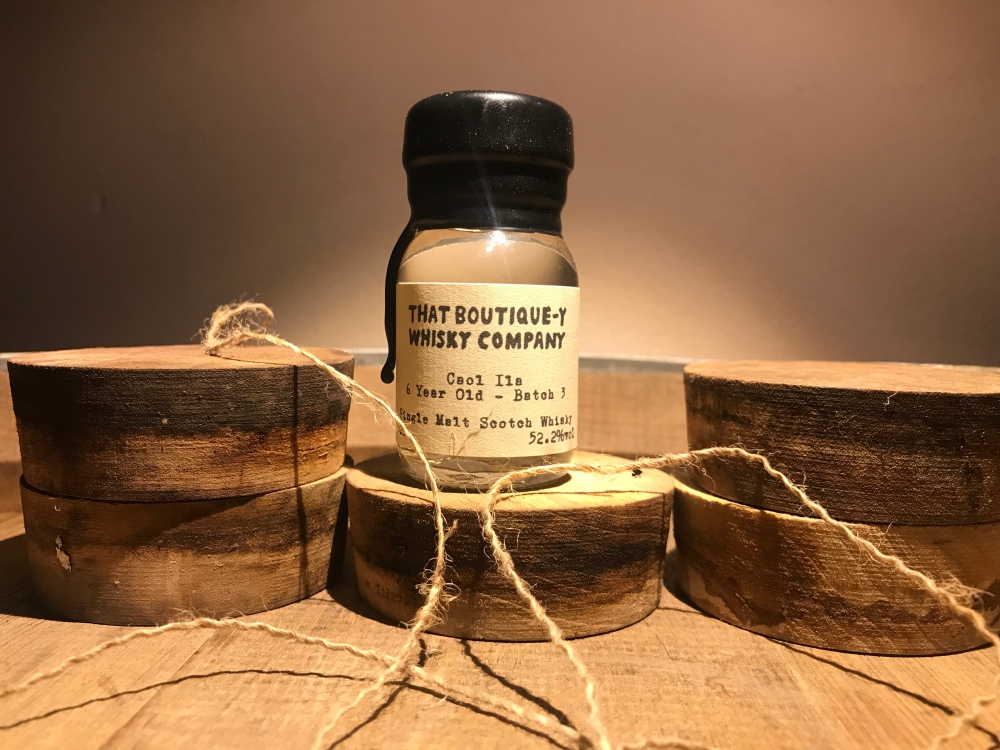 Caol ila is owned by Diageo and is one of the resident distilleries on Islay so we kind of expect this to be a little peaty beast but as we know the distillery has produced some non peated whisky in the past so you never know !!

Closing for the war between 1942 and 1945 due to restrictions on barley for Distillers the distillery re opened and ran until 1972 when the entire distillery  was demolished and then re opened in 1974 as a much larger operation..

So into today’s whisky, as mentioned above this is a single cask ( bourbon) and has been bottled by That Boutique-y Whisky Company at 6yo with a cask strength of 52.2%.. This is of natural colour and is NCF..

Nose.. Gentle smoke rises with a distinct floral note, a little fruit and a delicate perfumed aroma is detected. Citrus notes ( more lemon that orange) rise up with a soft maritime scent..

Palate.. Thoughts of ash and bonfire smoke spring to mind.. Fresh fruits and a mouth full of sea spray with a little burnt marshmallow..

Thoughts.. This is rather soft and delicate for a young Islay and that really appeals to me, those typical Caol Ila notes are there but not too in your face and that’s what makes this so much more interesting to me.

A lovely little dram for those cold winter nights..

Caol Ila 6yo from That Boutiquey Whisky Company..

This sample is from the 2017 Boutiquey Whisky Company advent calendar.