We’re delighted to announce the launch of three new Travel Retail exclusive whiskies, each of which will be joining us today as we sail on the world’s largest floating whisky festival, Viking Line, Cinderella Whiskymassa 2018.

This whisky exudes creamy chocolate flavours, paired with vanilla and coconut to entice the senses. Soft fruits, hints of spice and saltiness follow, with a warming, sweet finish peppered with a signature Old Pulteney tang.

Old Pulteney Single Cask 2002 (717) is now available to guests attending the Cinderella Whisky Fair on the 11th -14th of January 2018 in Sweden, on each of the three dedicated 24-hour return sailings aboard the Viking Line Cinderella from Stockholm to Mariehamn.

In additon to the launch of the Swedish Exclusive Single Cask 2002 (717), and further to overwhelming demand following an exclusive release within Heathrow Airport in 2017, we’re also thrilled to announce the roll out of Old Pulteney 1990 Vintage across Travel Retail outlets globally.

The 1990 Vintage tells a tale of craftsmanship and dedication, dating back over a quarter of a century. This full-bodied spirit began its story in American oak ex-bourbon casks, developing its characteristically complex nature, before moving to Spanish oak where it became richer, darker and adopted a sweetness with hints of spice. The unique expression then experienced a brief spell in casks which previously held heavily peated whisky – providing a unique smoky final flourish to our powerful Maritime Malt.

Polished copper in colour, 1990 Vintage offers an aroma of spice, vanilla, toffee and sweet honey, balanced by a thin veil of warming wood smoke and oak. Bitter orange marmalade and caramel apples soon follow on the nose to create a long-lasting sensory experience for this exquisite dram.

Rich in mouth feel and intense in flavour, the palate opens up with strong praline and sultana sweetness on a thick bed of warm, savoury smoke. Citrus strikes the top note with hints of vanilla lingering in the background, giving a finish which is long and smoky.

The 1990 Vintage is neither chill-filtered nor coloured and is bottled at its natural cask strength of 46% ABV. It has a RRP of £288 per bottle.

Lastly, and most certainly not least, we are pleased to reveal that both our newly released Single Cask 2002 and 1990 Vintage will be joining the crew at Viking Line, Cinderella Whiskymassa 2018 alongside a third new Travel Retail Exclusive, 2006 Vintage.

The 2006 Vintage is matured in ex Bourbon American Oak casks for 11 years. Polished copper in colour, the scent is spicy and sweet with notes of vanilla and toffee, balanced by a thin veil of wood smoke and embers. Bitter marmalade and hints of caramel apples soon follow.

Rich in texture and with intense flavours, this expression entices the palate with strong chords of pralines and sultanas on a bed of deliciously warm, savoury smoke. Citrus and vanilla notes linger for a long, smoky finish.

The 2006 Vintage is neither chill-filtered nor coloured and is bottled at its natural cask strength of 46% ABV. It has a RRP of £55.00 per bottle. 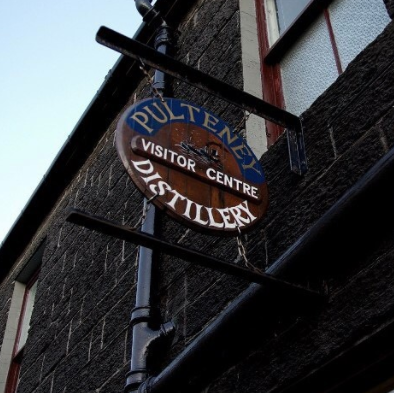