Tobermory ( this distillery produces both Tobermory and the peated Ledaig )  was established back in 1788 by the British Fisheries Society in a small farming settlement, built around the medieval church at the top of the hill.

Then in the 1790’s an inspired a bold new vision by John Sinclair, a local kelp merchant found him putting in an application for the lease of 57 acres of land on the area known as Ledaig in order to build housing and a distillery.

Although distilling was  banned in Britain between 1795 –  1797 in order to conserve grain stores during the War of the First Coalition with France  his application was rejected and he was only granted permission to build a brewery.

John Sinclair remained true to his original plan and a year later Ledaig Distillery was established. 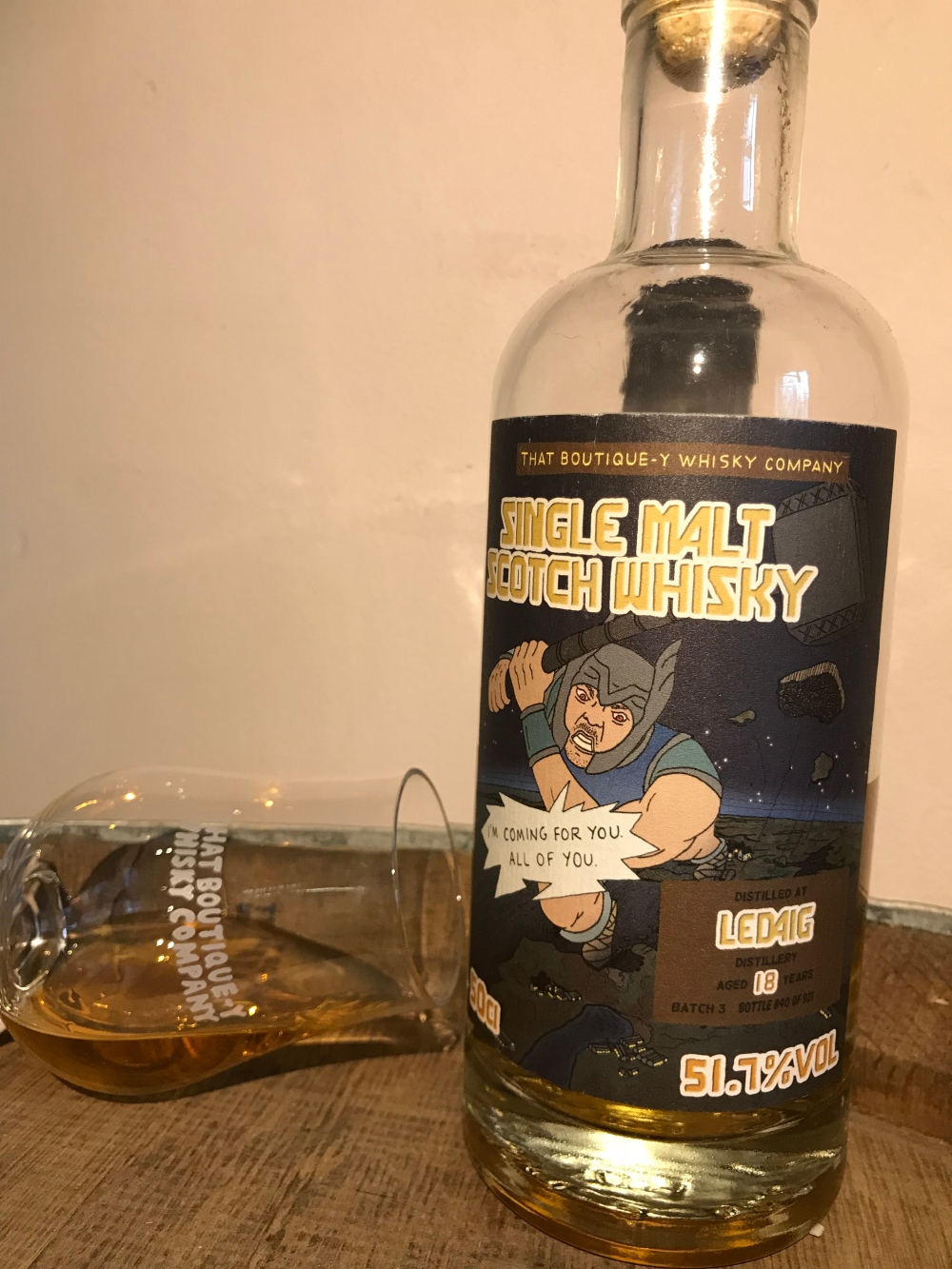 Jumping forward a few years to the Great Depression of the 30’s and the prohibition era sees the closure of the distillery for 41 long years.  In 1971, the Ledaig Distillery (Tobermory Ltd.) reopened and this was marked by a limited edition release. Although the Distillery had some successful years closures were still to come and in the1980s the distillery warehouses were converted into flats and showed signs that this was the beginning of the end.

Today however the Distillery seems to be having a resurgence with some great expressions being released and many indi bottlers now picking up some fantastic casks..

Which brings me nicely to today’s review.. That Boutique-y Whisky Company has recently released this 18yo, Batch 3.. Bottled at 51.7% abv this has no added colour and is NCF.. 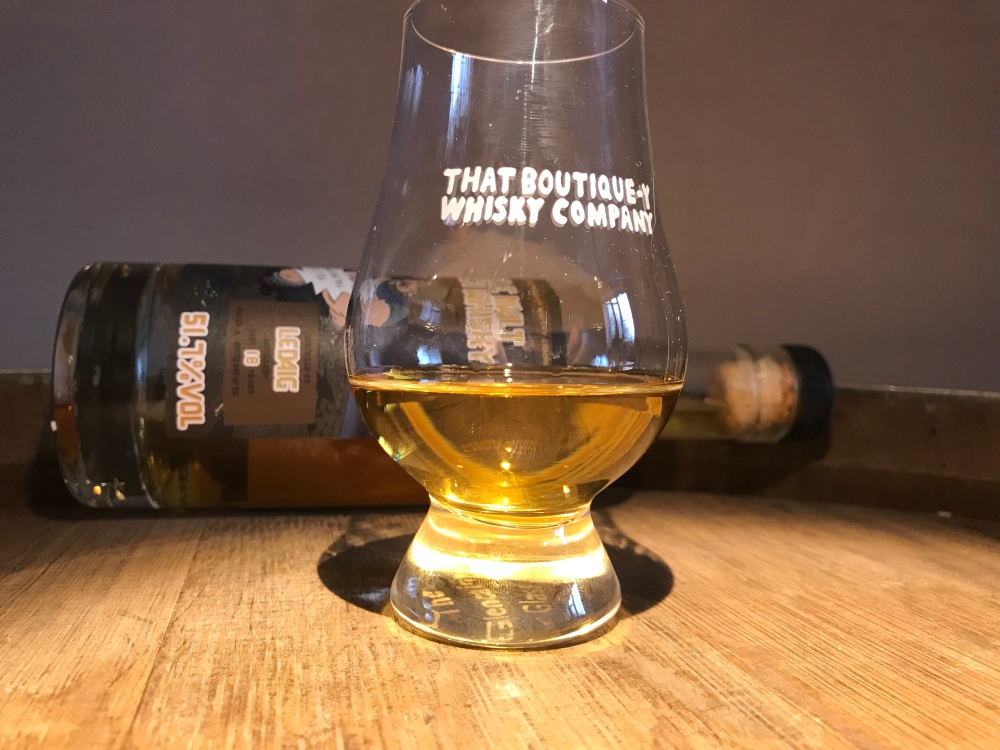 Palate.. Fresh pears and apples smothered in damp peat drizzled in honey and rolled around in the dying embers of last night fire..

Thoughts.. There ain’t nothing subtle about this Ledaig !! The finish just hangs around like a unwanted guest when good whisky is poured.. I don’t mean that in a bad way but don’t bother with this if you intend on drinking something else afterwards because it will just taste of Ledaig 18yo from Boutiquey!! One pack of crackers, pints of water and a vindaloo and you still have Ledaig on the mind.. value for money or what.

Its not everyone’s cup of tea but it is certainly very interesting and probably should have a marmite warning on the label as you will either love it or hate it.. Go on try it and be brave.

Ledaig 18 from That Boutiquey Whisky Company..