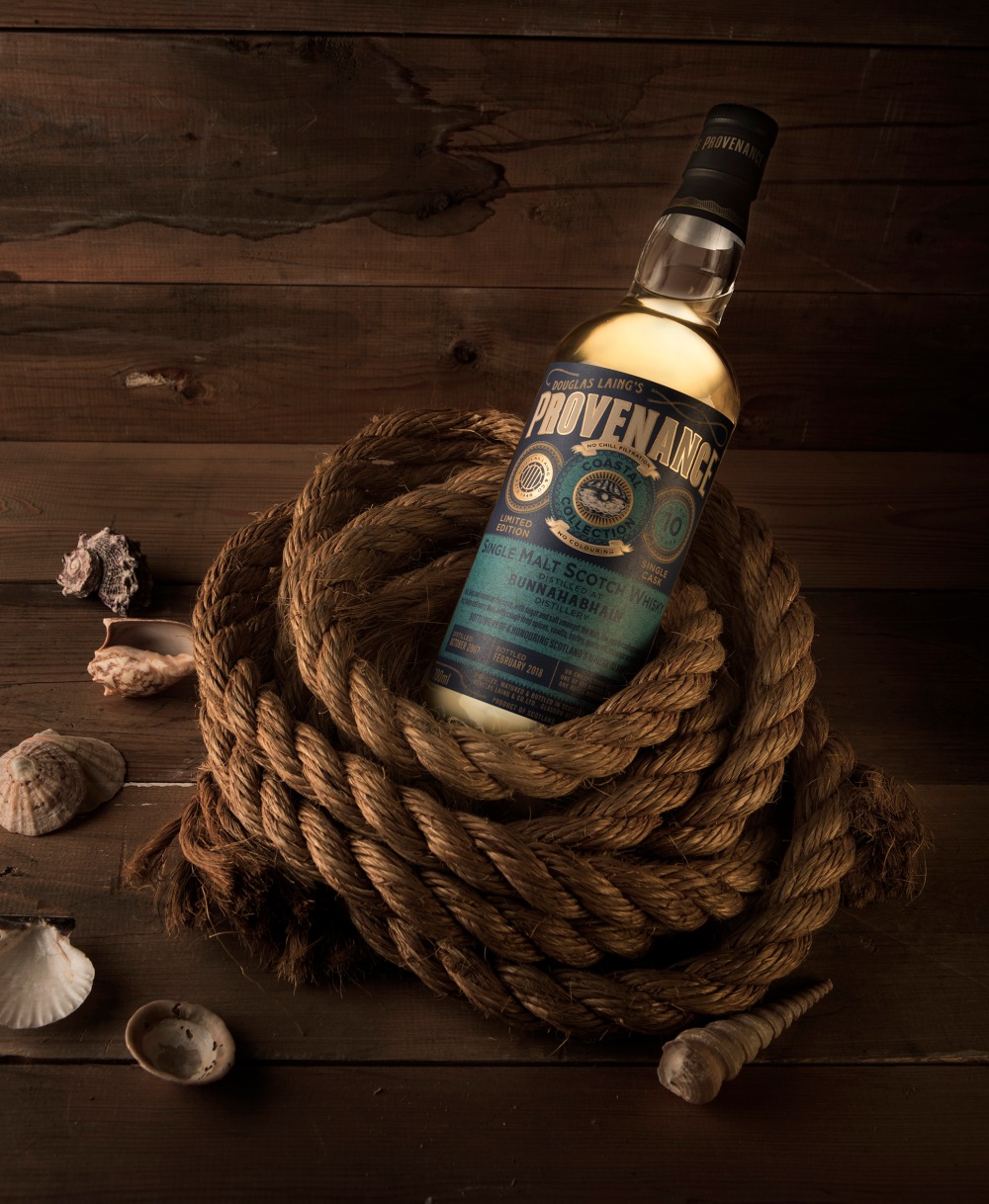 The Collection launches today with a Bunnahabhain 10 Years Old Single Cask bottling which has spent its life maturing in a refill hogshead. Just 383 bottles exist globally and, in line with the Douglas Laing philosophy to bottle Scotch Whisky “as natural as it gets”, the Coastal Collection is bottled at a high alcohol strength of 48% and proudly offered without colouring or chill-filtration. The intricate label design features a rock oyster intertwined with maritime rope bringing to life the nautical theme.

Cara Laing, Director of Whisky at Douglas Laing & Co, comments: “We’re thrilled to bring to market the Provenance Coastal Collection, which will highlight some of the most maritime Malts from our stocks in this special edition series. The first release, distilled at Islay’s Bunnahabhain Distillery, displays a salty, smoky and spicy character – the epitome of what we believe a Maritime Malt should be!”

The Coastal Collection launches alongside a raft of other Provenance Single Casks released by the family firm this quarter. Representing the Highland Region, a Glengoyne 10 Years Old is said to be “packed with Springtime charm”, with tasting notes including sweet brioche, lemon meringue pie and buttered toast. From Islay, a Caol Ila Single Cask aged 6 Years Old, proclaims “seaweed, peaches, peppery spice and crisp peat”. From Speyside, a Balmenach 10 Years Old is described as “wonderfully mocha in style”, with ginger, nutmeg and vanilla. 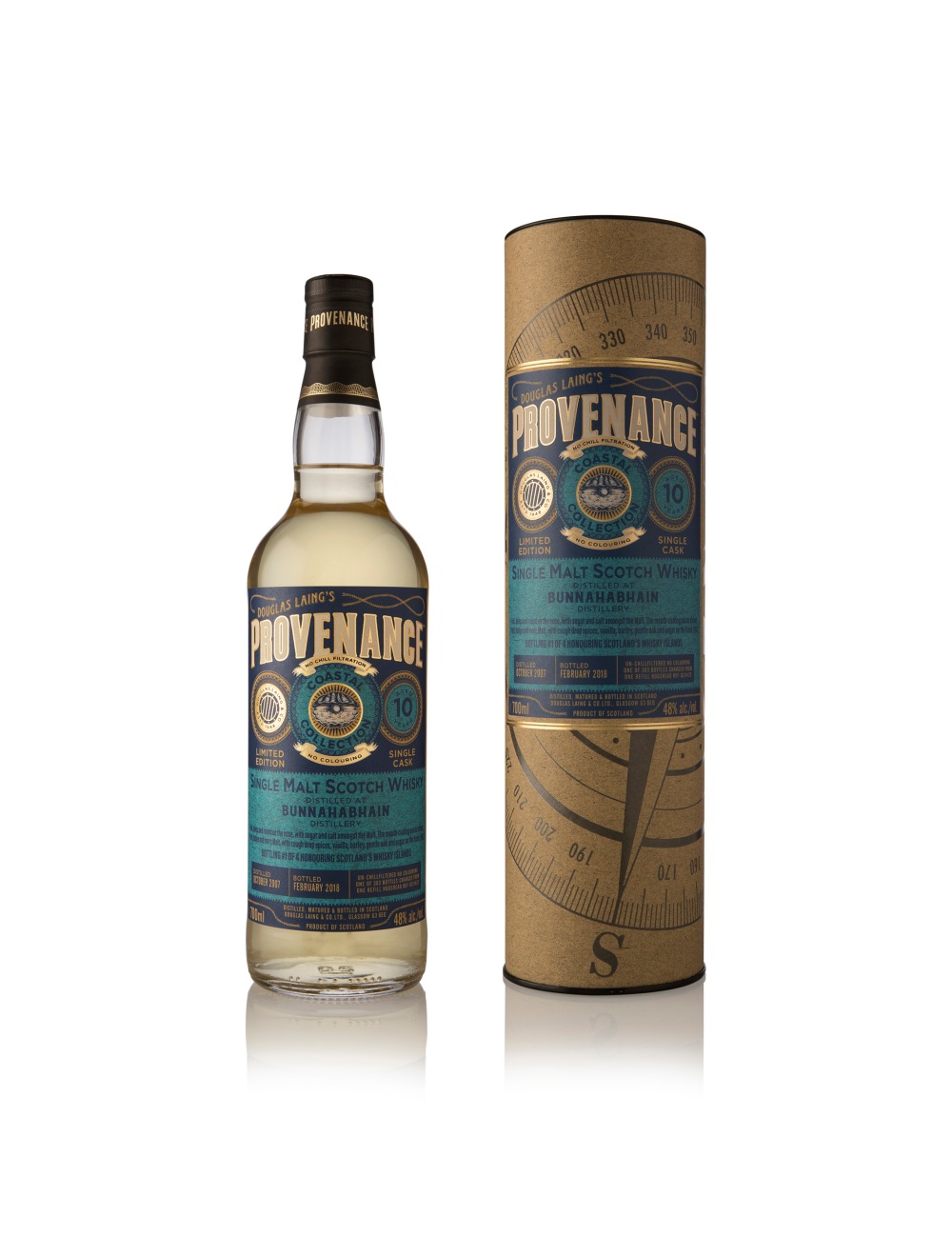 The Provenance brand launched in 2004, and since its packaging overhaul in 2016, the specialist Single Cask series has enjoyed significant growth globally.