I remember many years ago reaching for a bottle of Singleton from the shelf in my local supermarket and taking it home in order to share with a few friends.. A very easy going whisky with a fairly fruity core to it.. A fairly cheap whisky that was very easy to drink and certainly couldn’t offend anyone, today things are a little different, a few new expressions, an age statement and now a re brand from Diageo along with a launch of this new expression has me reaching once more for a Singleton from the shelf..

This No age statement Whisky is a new edition to the Diageo core range and from what I gather is a mixture of both Bourbon and Sherry casks with a high proportion of re-fill casks used as this increases the chance of the distillery character to come through.

Described in a way that reflects its position in the whisky world as an entry level Whisky that should entice new drinkers to the category, this expression is said to be sweeter and delicate in flavour..  Priced at around £30 this certainly sits at a price point available to all. 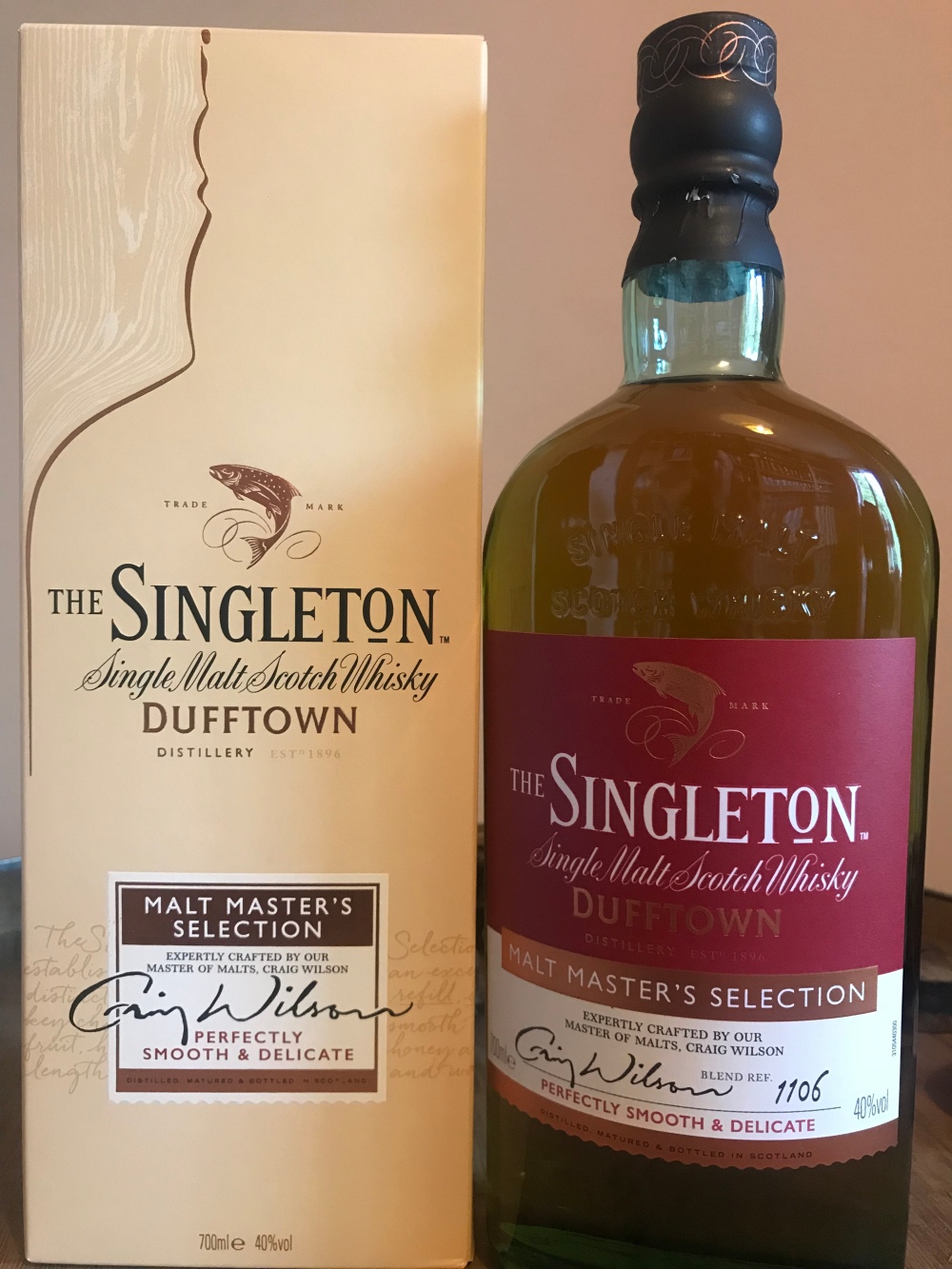 The Dufftown distillery was founded back in 1895 and was known as the “ Dufftown-Glenlivet Distillery” built by Peter Mackenzie, Richard Stackpole, John Symon and Charles Macpherson from an old mill.

Production started in 1896 and ran for around 36 years before the Distillery was sold to Arthur Bell and sons in 1933 for the sum of £56,000.  In 1974 production is expanded with the edition of two new stills taking it to six before a further two are added in 1979.

Today the distillery operates under the Diageo umbrella and has a capacity to produce 6,000,000 litres per year, with 3 pairs of stills in use, a 13 ton Lauter mash tun and 12 stainless steel washbacks the distillery  incorporates a 75 hour fermentation process.

Most of its production is still intended for blends such as Bells but the distillery also boasts a 12,15 and 18yo age statement range as well as duty free and no age statement expressions like Sunray, Talifire and Unite..

This latest release comes in at 40% abv.

Nose.. Fruity with a definite sweetness.. Fresh peeled apples, ripe pear, candied orange, nectarines, heather honey, vanilla  and toffee. Soft spices in the form of Cinnamon, ginger and a little nutmeg give this a little more direction and depth.

Palate.. A little more spice leads the way with the cinnamon and ginger mixing with subtle oak notes before those fresh fruits and sweetness eventually start taking over..

Finish.. Lasting sweetness with a twist of spice.

Thoughts.. Firstly let me emphasise this is an entry level whisky and that has to be remembered here.. That being said though this whisky is certainly good and is not out of place in the price bracket, there is plenty of depth and some nice complexity and it hits the spot perfectly. This is a great bottle for sharing and introducing friends to whisky, offering as an easy drinking whisky at the beginning of the night and is most certainly well worth the money !! Hence I rushed out and bought a bottle..

Although aimed at the entry level side of things this is certainly good enough to stand alone and without the addition of a mixer although I’m sure it would not offend anyone if a little something was added..

This review is part of a flash blog review organised by Steve Rush from the whisky wire..

Thanks go to Steve and Diageo for this sample..