Bowmore is one distillery I unfortunately have not really covered much on my blog ( among a few others for which I’m trying to rectify ) So thought I’d better dig out something that might be of interest..

Unfortunately this expression is long since sold out but from memory when I last tried it I was extremely impressed..

Located on the Isle of Islay, Bowmore can be found on the south eastern shores of Loch Indaal, believed to have been established back in 1779 which makes this one of the oldest working distilleries still around today..

Owned by Beam Suntory this distillery has a capacity to produce around 2 million litres of alcohol per year, using two wash stills and two spirit stills and along with the traditional wooden wash backs and it’s own floor maltings which produce around 30% of the malted barley used, the distillery is well known for the distinct peaty expressions it turns out.

This expression though is from independent bottlers Murray McDavid, who also own Coleburn Distillery and  have released this as part of the mission gold range which is the flagship expressions that the company release..

This single cask offering was distilled in 1989 and spent the majority of its maturation in a bourbon barrel before being transferred into a Chateau Latour wine cask for a “ finishing “ period before bottling back in October of 2015..

Bottled at 50.4% this expression carries natural colour and had an outturn of 298 bottles..

Nose.. After an initial sweetness comes the Bowmore smoke and peat notes..  Dried fruits and vanilla are infused with smoke, chocolate and orange peels. Spices such as cinnamon and pepper are evident along with a subtle oak note lingering in the background.

Palate.. No surprises here.. There is an instant explosion of peat and smoke with a hint of the sweetness that the nose offered up.. Hints of those dried fruits with the sweetness of vanilla, natural fruit syrups and mocha chocolate are all trying to break out..

Thoughts.. Big peaty expressions are not always my thing but the more I try them the more I begin to appreciate them.. This one however does not take a lot of convincing in order to like it, the sweetness draws you in and before you know it the peat is taking control but in a rather pleasant way..

Although it is still powerful it still allows some of the more subtle notes  to shine through..

One more step closer to liking peat.. May the journey continue. 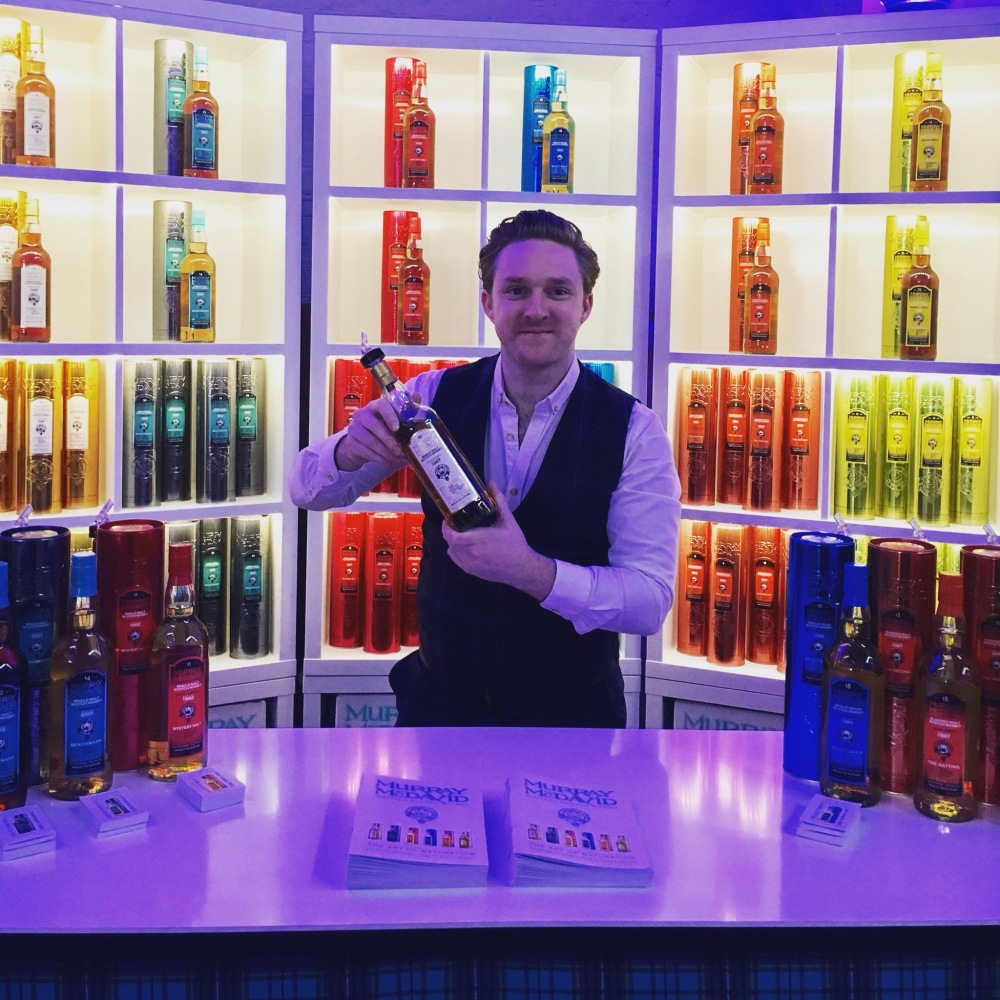 You gotta love the bright colours.. They draw you in.. Dean then pours you the nectar and you can’t help but smile !!