Founded in 1826 by James Henderson Old Pulteney is situated in the parish of Wick, with a capacity to produce around 1.8 million litres of alcohol per year from its single semi – latter mash tun, 6 wash backs and a pair of stills using stainless steel worm tubs to cool condense the spirit..

Old Pulteney recently announced the withdrawal of the 17 and 21 yo from their portfolio and announced the possible replacements would be announced soon with rumours abound it was an anxious wait..

Just a few weeks ago the announcement came that the core range had been re vamped and the additions of a 15yo,18yo and the NAS Huddart which has received a “ finishing” period in ex Islay peated casks would join the ever popular 12 yo to form the core range going forward..

So today’s review is for the Old Pulteney Huddart, as mentioned this whisky is a NAS and has been finished in ex Islay casks after being initially matured in ex American oak Bourbon casks.. Bottled at 46% abv, with no mention of colouring I assume this whisky is naturally coloured and is Non chill filtered..

Nose.. An initial fruity aroma rises with pear, apple peels and a touch of orange rind being noticeable, soft spices mix nicely with a vanilla, salted caramel, honey and toffee sweetness, with coastal hints and all this is wrapped up in an intriguing but delicate coat of smoke..

Palate.. The peat / smoke effect is certainly more noticeable on the palate and mixes well with the spices.. The soft fruity side eventually breaks through with a slight Lemmon peel bitterness and oaky background..

Thoughts.. This Old Pulteney Huddart is a  rather interesting take on the traditional Old Pulteney style,  there are certainly hints of the 12 yo in here but with that twist of  smoke, although it does  not overpower the whisky it certainly dominates the palate.. 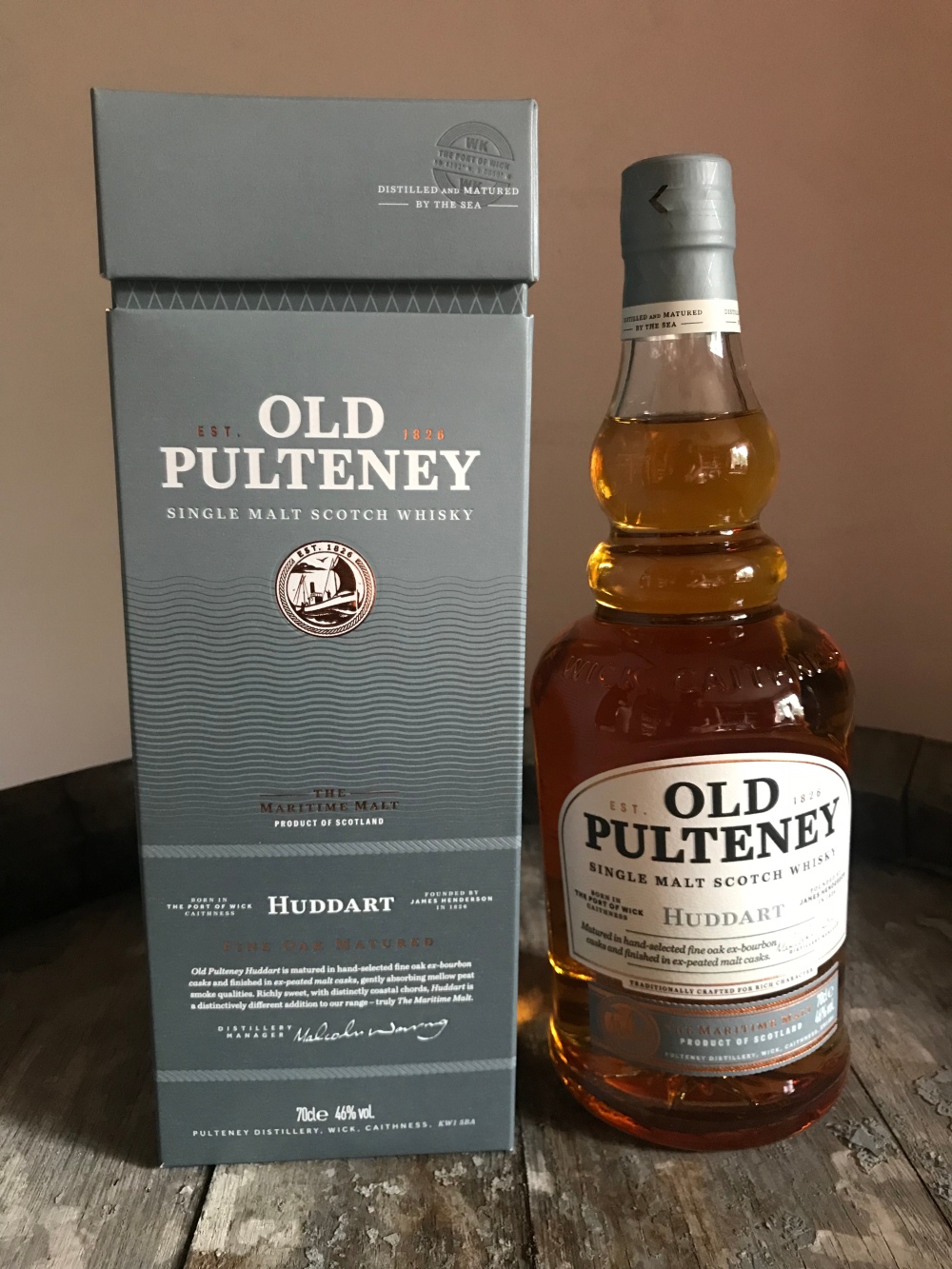 With a retail price of around the £45 and the fact this is 46% with a nice depth of flavours and aromas that makes this a bottle worth trying in today’s market place..