The ‘twin’ whiskies – the oldest Longmorn single malts ever released – were selected for bottling by identical twin brothers Stuart and Richard Urquhart from stock originally laid down to mature by their grandfather George Urquhart in 1961.

Sold as a pair, only 97 sets of twin decanters are available worldwide with a UK recommended sales price (RSP) of £30,000. Both single malts were matured in first fill Sherry hogsheads and bottled at cask strength. Richard Urquhart’s whisky from the European Oak Cask 508 was bottled at 45% abv, while the whisky from American Oak Cask 512, selected by Stuart Urquhart, was bottled at 40.8% abv. 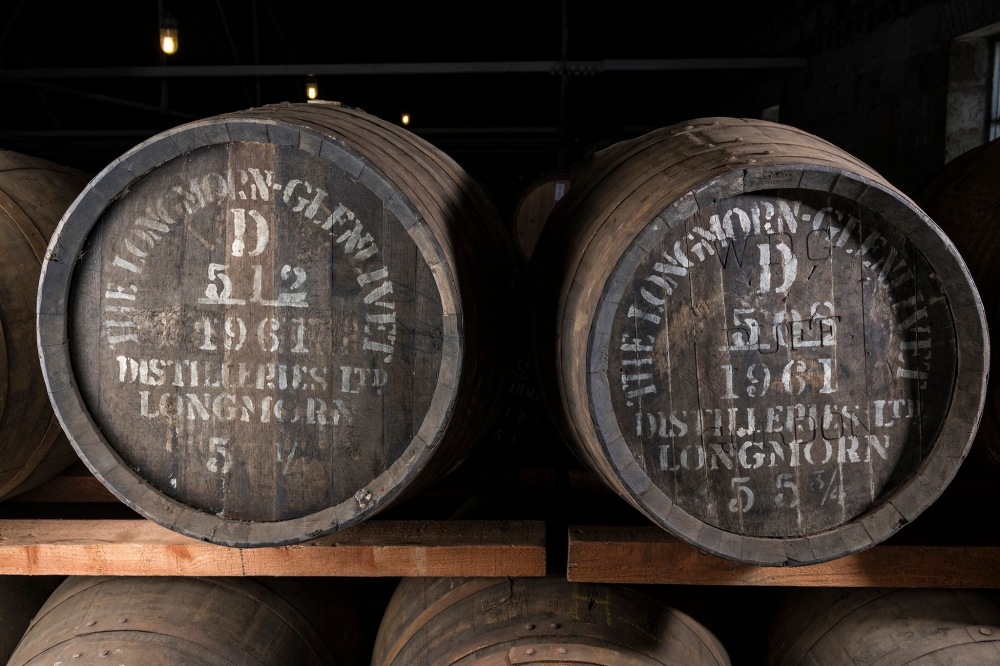 Each individually numbered hand-blown decanter of Longmorn is beautifully presented in award-winning packaging, which includes a book written by renowned writer and rare whisky specialist, Jonny McCormick, along with a personally signed certificate of authenticity from each brother.

The Longmorn twin casks offer a unique opportunity to explore the effects of different oak types on spirit during maturation.

The whisky selected by Richard Urquhart, nurtured in European Oak, is mahogany with red highlights; it has a rich, abundant nose, with complex aromatic flavours and perfumed top notes.

The whisky selected by Stuart Urquhart is slightly lighter in colour, rich chestnut with ruby and amber highlights. Matured in American Oak, it is sweeter on the nose and fruity on the palate with notes of black cherry, raspberry, and dried vanilla.

Stephen Rankin, Gordon & MacPhail’s Director of Prestige, fourth generation member of the Urquhart family and himself a father of twins, said: “This is a unique and exclusive opportunity to taste a remarkable piece of Scotland’s liquid history. Owners of these twin decanters will be able to explore the similarities and nuances of the oldest Longmorn single malt Scotch whiskies ever bottled.” 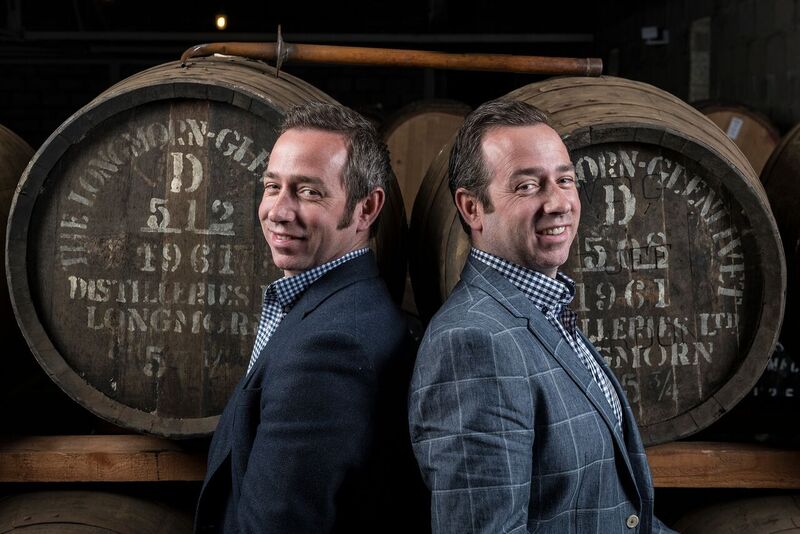 Stuart Urquhart, Gordon & MacPhail’s Associate Director of Whisky Supply, added:“As someone whose day-job is applying the family’s knowledge of how to match spirit with the perfect cask, the nuances of our Longmorns, distilled 57 years ago, were especially intriguing. For example, the whisky I selected has a slightly spicier finish.”

Richard Urquhart, Gordon & MacPhail’s International Sales Manager for Asia & Americas, said: “For much of our lives, Stuart and I have shared similar environments, growing up together and sailing competitively as a team, as well as working under the same roof. However, as we’ve matured it’s intriguing to see how our individual characters, much like the whiskies, have differed.”

To mark the launch, Professor David Purdie, a fellow of the Royal College of Physicians, has worked with Gordon & MacPhail to uncover what shapes character in twins – the effect of heritage, environment, and location.

Professor Purdie said: “It is remarkable to observe how the identical spirit filled into the casks all those years ago has been altered by the natural environment of the casks themselves – one crafted from European Oak and the other from American Oak.

“Just like twins who start life at the same time and place, each whisky has then been shaped and developed by a multitude of separate factors to create these subtle differences.”