Firstly get yourself a coffee or a large dram of whisky ( the liquid type) you might need it …..

Barley / terroir and a comparison to the wine industry seems to be stirring within the whisky industry and with some it is a hot topic at the moment ! For those of you who have not noticed don’t worry all you are really missing  is a circus performance and a lot of hot air, look to the skies and you might just see the balloons soaring high just behind the pigs flying high in the wonderfully blue skies above..

Lets forget the wine comparison at the moment because the whisky industry does not want to be the wine industry that’s why they make whisky and NOT wine..

Quote.. “When you buy a bottle of single malt Scotch whisky you are buying a bottle of barley “

Quote.. “Without barley, none of the flavours of single malt whisky are possible.”

In theory a true sentence but it is also ridiculous..  Why ? Well obviously if it is a malt whisky then it has to contain barley and that implies that the wood does nothing ! but wait a minute, whisky can also be made with wheat, corn, rye and oats!   So if that is whisky then we can survive without 100% malted barley.

After all once a whisky is made from other grains and has spent its time within the cask ( let’s say 3 years and a day ) then there will be a lot of those notes that we associate with malt whisky so technically the quote is both right and ever so wrong !!

So let’s talk about barley..

There are two types of barley, winter barley and spring barley, modified down into strains that have been genetically modified / cross bred to produce better yields and stronger more versatile strains..

Spring barley is probably more noted for growing and use within Scotland and for the use within the malting industry, although winter barley can and is used to produce whisky.

Regarding winter barley, it is cheaper to grow Spring barley but it will often result in lower yields at harvest time therefore there is a greater call for spring barley to be grown for brewing/ malting purposes,  However, it is easier to grow spring barley in Scotland due to climate and demands in the malting sector prefer the low nitrogen spring barley for distilling purposes. 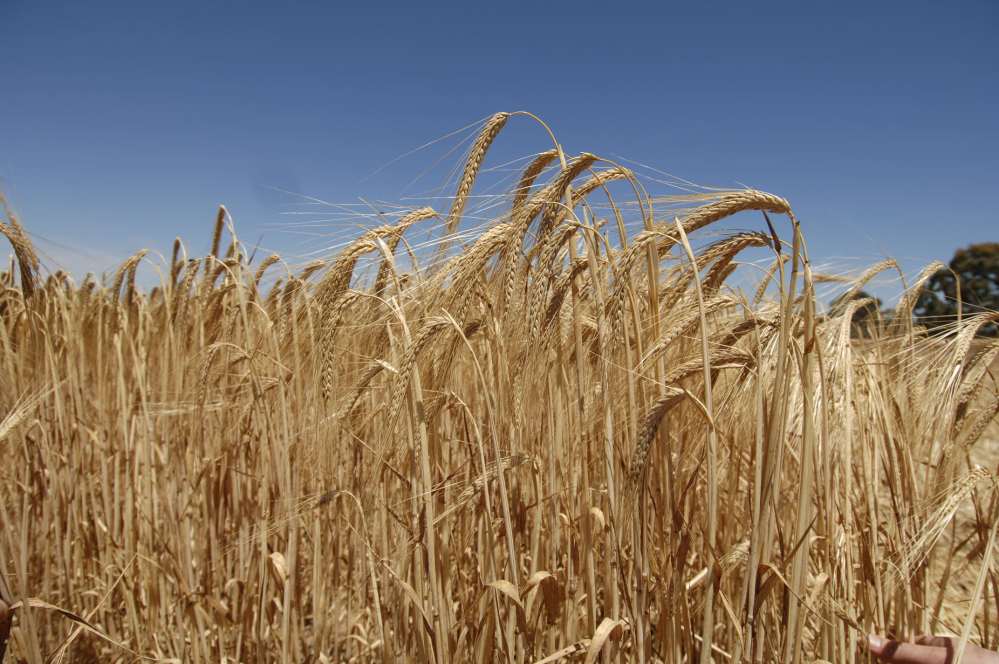 Spring barley will suitably grow on a wider range of soils, ranging from clay to the lighter sand or loamy soils, but with that said spring barley is certainly more suited to growing on lighter souls with a Ph level between 6-7.5, the main importance to this statement is that the land is well drained..Barley is often described as a drought resistant crop with a requirement of 390 to 430 mm of rainfall for optimum yield, where a general  water use requirement will occur for 21 to 28 days.

There are 3 main soil types which are sand, silt and clay but these can be divided down further into

So we have our land sorted for this years crop ( don’t forget each year the crop is rotated, it’s not like a vineyard where the grapes are grown year upon year on the same land ) so what’s next.. Well Soil fertility will impact on which strain is chosen, there is plenty of evidence to show some varieties produce higher grain nitrogen which is not wanted for malting by the whisky industry…

Some strains such as Sienna or the widely used Concerto which is considered as a high yielding grain with high hot water starch extract and low grain nitrogen (this is the most important thing to the Distillers !! ) would be suited to a more fertile soil type as it will dilute the nitrogen level within the grain whereas something like Chariot ( no longer used ) would suit a less fertile soil types..

So we have our soil and strain so let’s plant it.. It will grow after all, won’t it ?

Unfortunately it’s not that easy, climate will effect how well the strain produces the starch fibres, yields and overall quality but so will weed control, disease and any nitrogen or chemicals that might be added to aid growth ( unless it is organic of course ) and the rate that it was actually planted with a recommended growth rate of 80-240 plants/square metre being the optimum for finer soils and up to 350 plants planted per meter squared  for heavier soils due to poorer establishment results..  Barley can and will tolerate quite high plant populations without significant yield reductions but if the rate is below 80 plants per square meter the yield would most probably be reduced.

Phew we can relax now..

What about the depth we sow the seed ? The ideal depth for planting barley is around 50-75 mm down, if any deeper then the plant emergence may be reduced, also important is the depth of moisture within the soil, we need to plant seed into moisture at the minimum depth possible in order to obtain a successful establishment, the root must continue to grow into wet soil.

You hear all sorts from people who don’t have a clue Or smoking something  stronger than weed !! 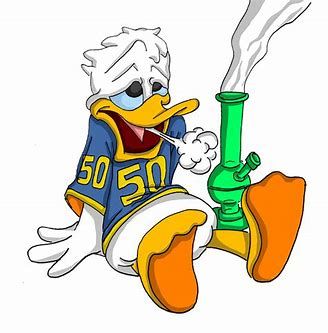 Roots will find the moisture as long as it isn’t too deep and barley can extract moisture from as deep as 80cm ( Fact !! )

So we now need to add a little rain, add  a little sunshine, check the moisture content ( it’s not just about thinking it’s ready you know ) and then bring in the machinery.

So we now have a trailer full of freshly cut barley ( hopefully around 12-13% moisture but not more than 15% ) Do we have enough sheds to store it field by field  ( don’t be stupid ) nope it all goes together in a drying store assuming it is the same strain !! But this could be from fields miles and miles apart with several different soil makeup’s..

Then the moisture of grain in storage will affect its ability to maintain quality over time ( it does not last forever you know ! so don’t worry about the year it was cut as it will most probably be used within a year after all the farmer wants his sheds empty and the maltings will not have endless storage ) The lower the grain moisture the more stable its storage ability. However in practical terms it is more economical to store grain at around 12% moisture content.

So now Joe down the malting facility buys my corn, it’s shipped to him and of course it never gets mixed with any of wee Johnnies barley from up north, god forbid because how would we know what row it was harvested from never mind which field it came from and how much of  Percy the pig or little Freddie the Friesians cows shit we spread on the field.. Its because the farmer kept it all separate after all..

Without all that info how on earth could jock at the distillery do his job correctly, the whisky would be crap and probably a little gritty.. Unless of course it was all propaganda !!

Ok I went a little off track there but come on, how much of the above do you really give a shit about ? My guess is none..  The master blenders, distillery managers are only worried about one thing and that is the high water starch extraction, it’s all about the starch and enzymes and the amount of alcohol they can get per ton of barley..

Starch or amylum is a polymeric carbohydrate consisting of a large number of glucose units joined by glycosidic bonds. This polysaccharide is produced by most green plants as energy storage.

Why is starch important ?

Starch is important because it is from the starch we get the fermentable sugars. Starch is made up of long chains of glucose molecules and have to be broken down into smaller molecules in order for the yeast to be able to turn them into alcohol.

Now with that said what is important..

The Distillers will be wanting something like 350-420 litres of alcohol per ton of barley used so if they get these results do you honestly believe they are worried about where the barley was grown the strain or the weather from that year ? Again you decide..

Strains will come and go so on that premise they are not so important, weather will change so strains will be modified to contend with the climate,  hmmm so does that make it less important ? You decide..

Again the only thing that important is what they can extract from the barley, not the strain or the terroir, so it looks like the ACTUAL BARLEY IS NOT GOING INTO THE BOTTLE AFTER ALL..

So what the hell is flavouring the finished whisky we drink ?

The barley will certainly give the whisky some flavour, it has to and that is very obvious but and I stress but it will mostly be at the new make stage and that cannot be disputed! But so will the yeast and both of these can be easily detected at the New make stage rather than the finished stage and that is a very important factor.. The distilling process will and does alter flavour profiles and eliminates most of what is gained from the areas the grain is grown in..

Now put the new make in the wood and something magical happens..

And believe it or not this is where it actually gets interesting !!

Get several samples from different casks where the whisky was produced with the same strain of barley and they will all be different ( bloody hell its magic ) does this mean the wood has done some work or did the fairies come in the night and add some magic mushrooms that made most of the industry think the wood will impart the majority of the flavour and colour.. No, the wood really does impart that flavour !!

Are you beginning to understand ?

Now take several samples of whisky from several casks that have all been distilled with different strains of barley, taste them and holy shit they are all different, it therefore has be down to the barley because of course you can determine exactly which flavours have come from the wood and which are down to the barley…….. Can’t you ? I think the answer you are looking for is NO..

We have to understand growing grapes and making wine is a totally different concept to growing barley and making whisky from that product, different strains will give you a difference and that I concede but it’s the stories, people and surroundings that are important but as a background and understanding behind the history of which ever distillery we want to concentrate upon..
I can understand it might be of interest to know what area it was grown, it might even make a difference in very small craft production where a true Terroir system could be put in but let’s not get shafted into thinking it makes any difference in anything produced on larger scale..

Is anyone still reading this ?

Go pour a bloody glass of whisky and do something worthwhile!!!!!!!