Four roses bourbon has or should I say is celebrating 130 years of producing bourbon under the name of “Four Roses” founded by Paul Jones Jr, the name is said to have come from the moment his true love accepted his proposal by wearing a corsage of four red roses to the ball and in the honour of this occasion his bourbon had its name..

Although Four Roses bourbon can be traced back to the 1860s after founder Paul Jones Jnr moved his business to Louisville Kentucky in 1884 it wasn’t until he trademarked the name Four Roses in 1888 after claiming sales and production for two decades that the name became fully official.

This special Four Roses 130th Limited Edition Small Batch is made up with four of its recipes which are used to produce the 10,13,14 and 16 year olds.

The distillery used five different yeast strains with two mash bills in order to produce ten different recipes and therefore can produce a multitude of expressions.

Master Distiller Brent Elliott said: “To celebrate our 130th anniversary, I wanted to create a very special Limited Edition Small Batch. I focused on building around the unique fruit flavours in two of our yeast strains and these really shine through in the finished product. As a contrast, I also included a spicy, older batch. By mingling these different profiles, I think we achieved a wonderfully balanced, complex and unique Bourbon.”

This expression is to celebrate the 130th anniversary of the Four Roses as a brand..

Nose.. This opens with some lovely vanilla, caramel and candy floss notes before cinnamon, apple strudel and a little burnt sugar aromas appear.. Lurking in the background there is evidence of dried fruits, a soft chocolate and candied orange note and toffee..

Palate.. A nice kick of spices greet you before the sweetness starts to dominate.. Cinnamon, vanilla, Caramel and toffee are certainly the main stay of this palate with hints of coffee, chocolate and fresh peels.

Thoughts..  As someone who is not overly familiar with bourbon in general I do have to admit I really liked this, the sweetness isn’t overly sickly like some I have tasted and the spices really does complement the sweetness perfectly.. 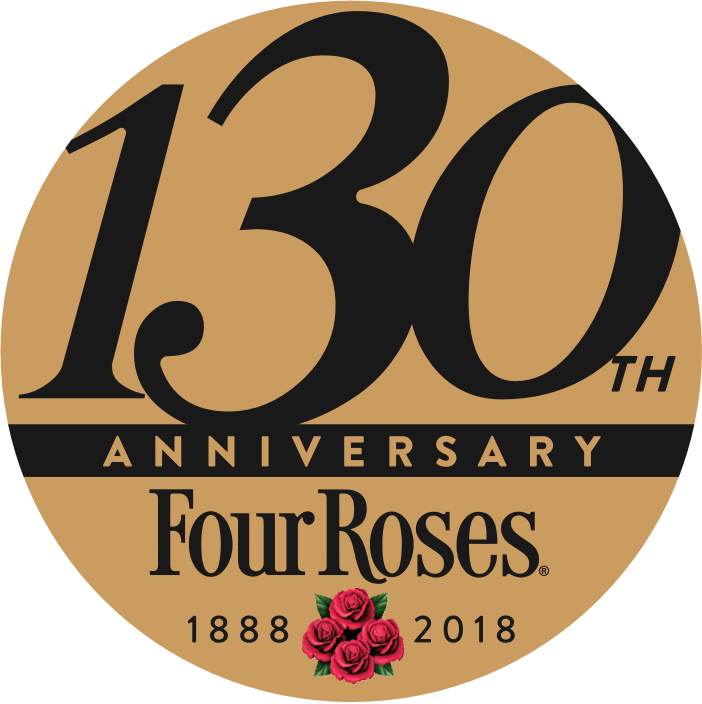 I could sit, smell, sip and savour this for quite some time so with that in mind I guess I’d better go search for some more !!