Day 7 from the Boutiquey Advent Calendar offers up this Aberfeldy 21 year old.. 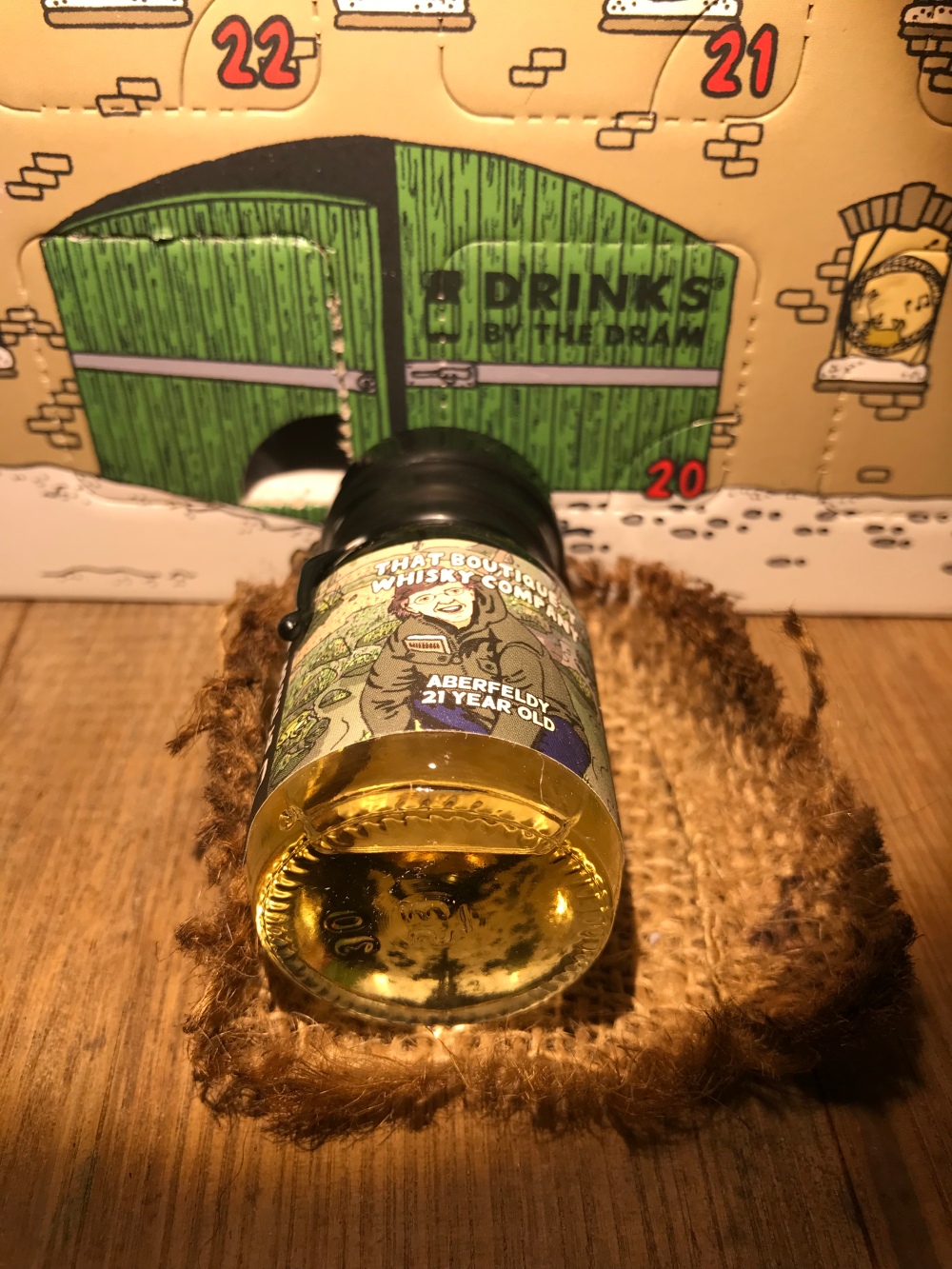 Now who does not like an Aberfeldy single malt, nestled in the picturesque Village of Aberfeldy on the Southern bank of the upper Tay the distillery is owned  by Dewars ( Bacardi ) the Distillery was founded back in 1896 and has the capacity to produce 3.4 million litres of alcohol per year, for which a good percentage will be added to blended including the Dewars blended whisky..

This batch 2 certainly feels like it has been a long time coming and with an age statement this time around who can argue it isn’t worth the wait..

That Boutiquey Whisky Company announced back in April 2016 that all future releases would indeed carry an age statement so well over 2 years has passed since and a multitude of labels and bottlings later we finally get another Aberfeldy release..

Nose..it’s full of fresh fruits and soft spices that rise with an elegance from the glass, citrus peels, fresh blossom notes and heather honey compliment this fine dram further..

Palate.. A nice peppery start leads into the sweetness and fruity style that the nose promised..,Ginger, cinnamon, fresh apple peel and a citrus bitterness then take you into a soft vanilla and honey sweetness..

Finish.. Spicy with plenty of oak..

Thoughts.. It is refreshing to find something that feels so familiar from a distillery that is often overlooked by so many, the fact this is probably a single bourbon cask with a decent age statement from the distillery instead of a sherry matured or sherry dominated whisky just adds to the excitement..

Another dram enjoyed from the 2018 Boutiquey calendar, can’t wait to see what tomorrow offers..