Day 14 and it’s time to pack the bags again, catch a plane and enjoy the Swiss Alps !!

The story of Langatun is rather interesting and can be traced back to 1857 when Jakob Baumberger returned home from studying in Munich, when he founded a distillery in the grounds of his fathers farm..  later in 1860 he took control of a small brewery which had first been mentioned in 861 as “Langatun”. Developing both the distillery and the brewery, he turned  them both into very successful enterprises.

Today we have an independently bottled Langatun from That Boutiquey Whisky Company.

Nose.. This has a really intriguing opening reminiscent of American cream soda, chocolate and candied orange, stewed apples or maybe toffee apples.. Cinnamon and ginger biscuits with a subtle hint of plum and blackcurrent jam.. 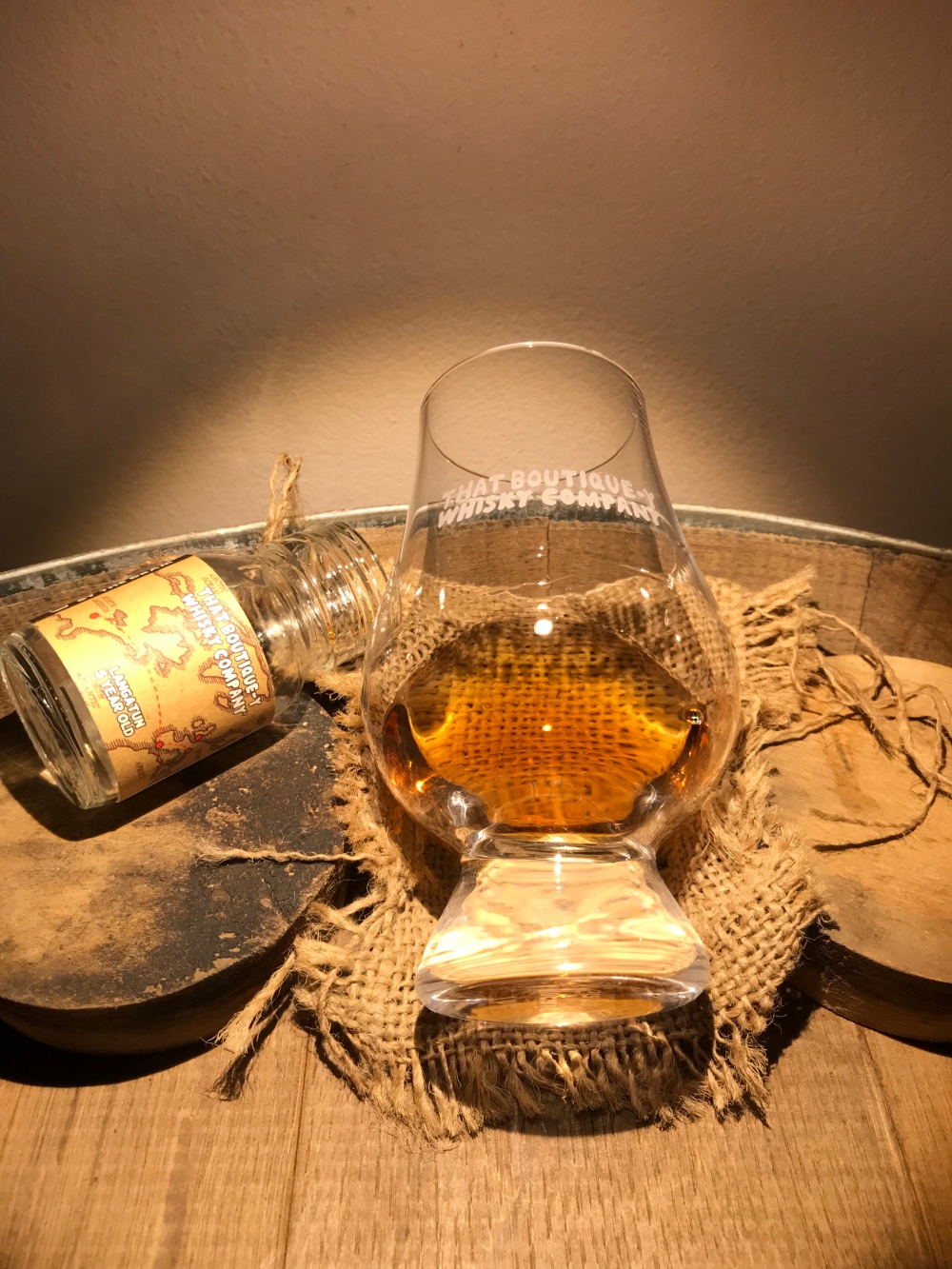 Palate.. A touch more spicy on the palate with a citrus peel bitterness, chocolate and again that American cream soda note..  Roasted almonds, coffee and a little liquorice nestled in the background.

Finish.. Spices and oaky with a touch of sweetness.

Thoughts.. The nose just draws you in and before you know it you are hooked, take a sip and it’s a different story.. The initial thought is this is going to be a real sweet, sherry style of whisky but the palate is a little more spicy and wine oriented..

Still a very interesting whisky and one worth trying but be quick as it’s getting harder to find.

This Langatun 5 year old, batch 1 is unfortunately sold out in many places but have a good look around and you might be lucky..