Day 19 and it’s BenRiach time baby.. Caught the ferry back to the mainland and headed to Speyside once again for a little Speyside single malt..

I have had the pleasure of trying a good few single malt expressions from this Speyside distillery and I have to admit this is again a firm favourite with me, the distillery never seems to disappoint..

Again like yesterday’s review this distillery also still has its floor maltings and as the cryptic label shows this was a hard job often resulting in what is known in the industry as “ Monkey shoulder “ this referred to the hunched shoulder or injuries to the shoulder from turning many many tons of malting barley..

The Benriach Distillery was founded back in 1897 and built in 1898 by John Duff &co but was unfortunately closed just 3 short years later and actually stayed closed until 1965 when bought by The Glenlivet Distillers Ltd.. Although the distillery sat silent for so long the floor maltings were used by neighbouring distillery Longmorn during the period of closure which probably helped save the distillery and today the malting floor is still operational after being refurbished and supplies a small amount of the malted barley used today, as well as keeping some of the old traditions going that the distillery likes to uphold..

This is NCFand Naturally Coloured

Nose.. Lots of citrus notes greet you along with fresh peeled apples, peach and chocolate orange aromas.. Cinnamon and a touch of ginger mingle with a soft tobacco note.. 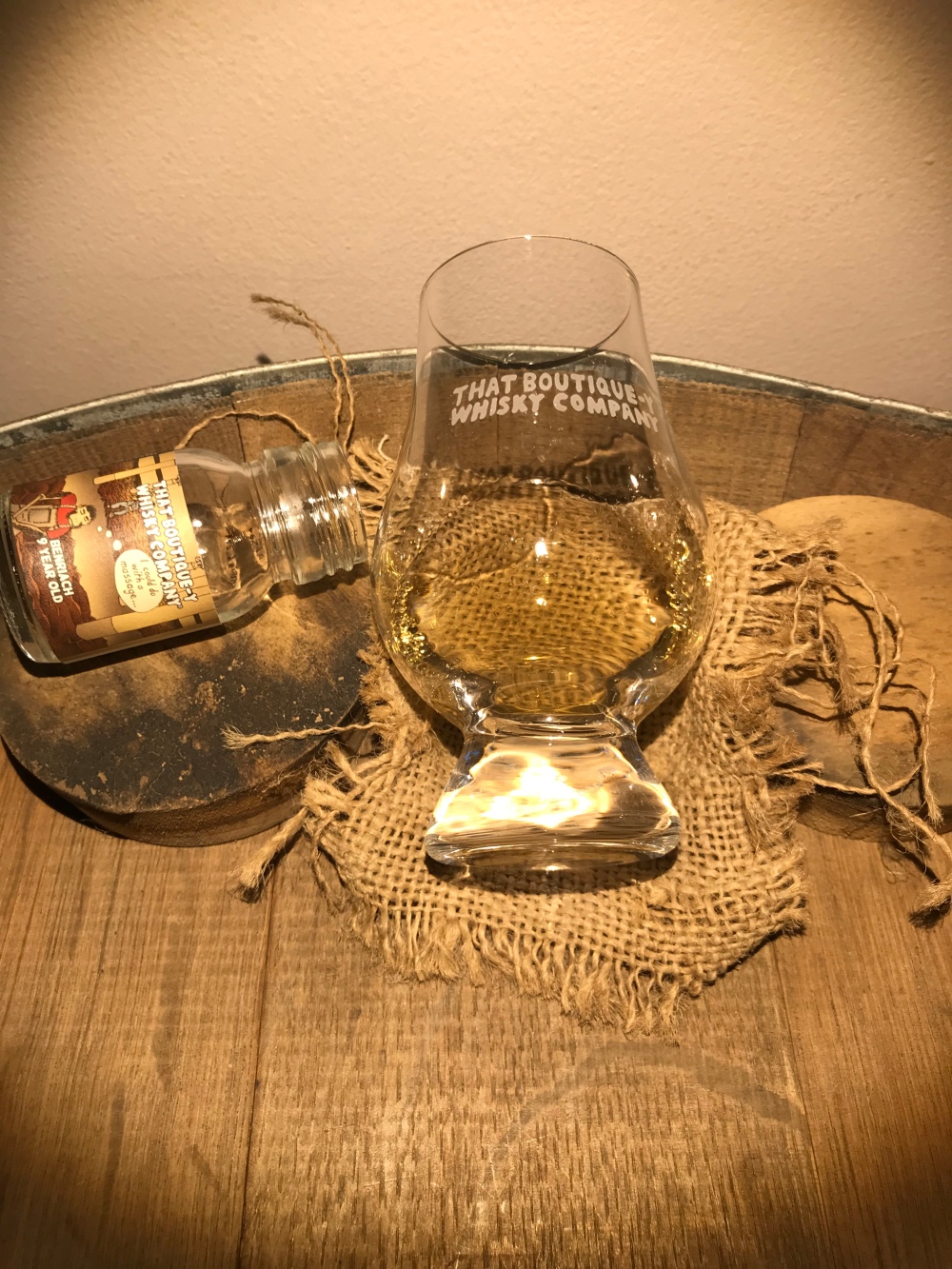 Palate.. Youthful on the palate with plenty of spicy notes at first, those citrus peel notes bring in a little bitterness while Demerara sugar, toffee and a little marzipan bring in some sweetness..

Thoughts.. A rather delightful young Benriach that certainly gives you plenty to think about at this tender age ! It is always good to see the Independent bottlers releasing whisky at slightly younger ages rather than slapping some posh name on the bottle and throwing it out there with no real hint as to what is within the bottle. That Boutique-y Whisky Company commutes itself to always putting an age statement on the label and bravo to them for not shirking away from that commitment but also still giving us some fantastic young releases..

There is no real dominant flavours within this 9 yo Benriach, it’s more like a rather a well balanced whisky that feels well rounded and although it does taste and nose youthful it only adds to the pleasure of drinking this..