It’s funny how you have a certain bottle always open in the cupboard, drink it regularly and never realise that you haven’t actually reviewed anything from that distillery Independently ..  Well I think it’s about time I got that sorted !!

Glen Scotia distillery is located in Campbeltown which was once described as the whisky capital of the world ! Distilling can be traced way back in this area to 1636 when a farm made a return for 6 quarts of Aqua Vitae, the first official license to produce whisky granted in 1832 and by 1851 there were 28 distilleries so as you will be aware this area certainly has its history. 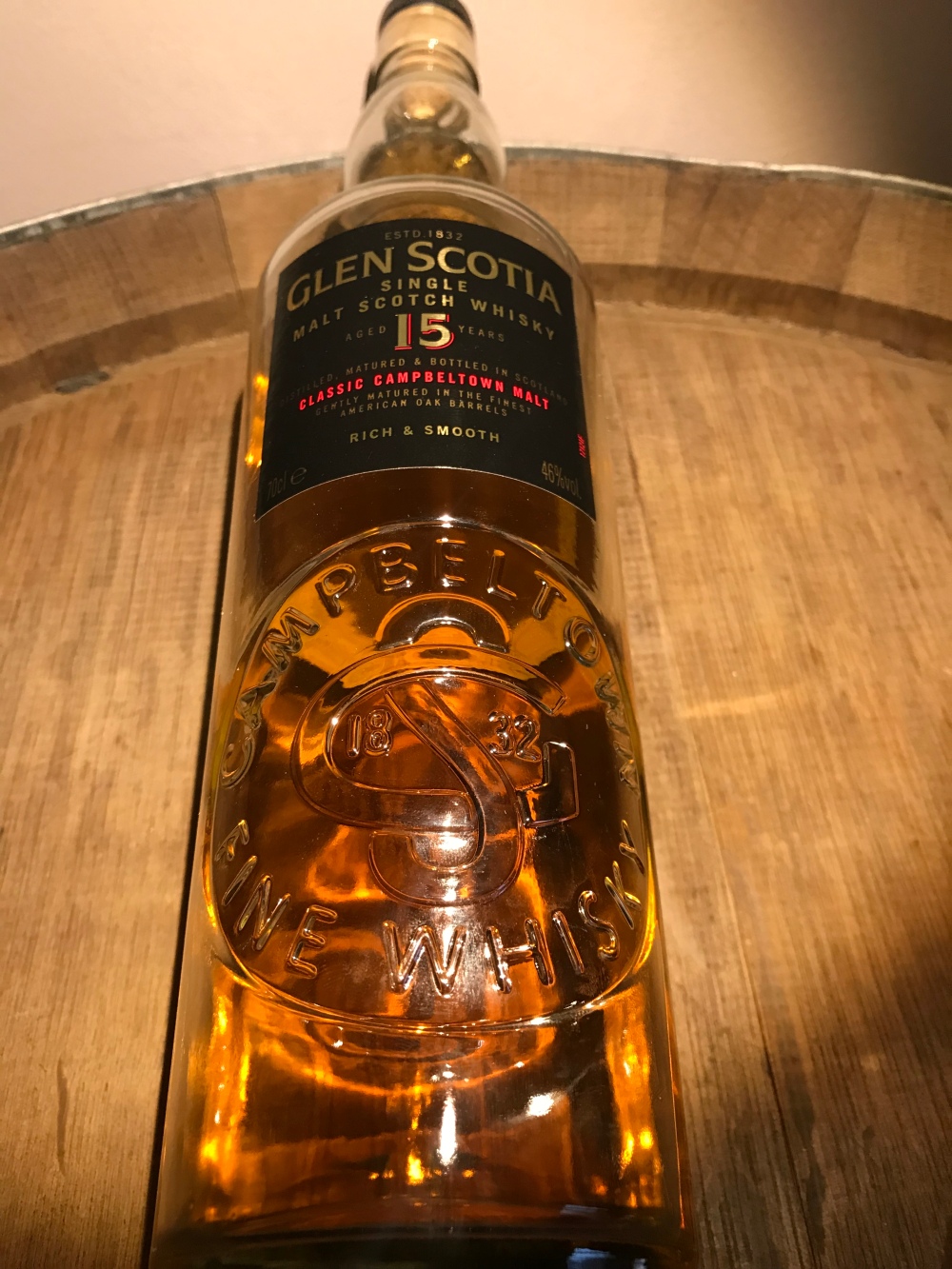 Today only 3 distilleries are producing whisky and Glen Scotia is certainly the one I turn to.. Glen Scotia was founded in 1832 by two families named Stewart and Galbraith but today is owned by the Loch Lomond Group..

Glen Scotia has stuck to it’s traditions by still producing both peated and un-peated   whisky, (the peated whisky is produced for around 6 weeks each year) add these styles to the longer fermentation and slower distillation than used to be part of the process and you have what today has to be classed as a superb “typical” Campbeltown whisky..

This is NCF and Naturally Coloured

Nose.. Initially there is a soft spicy burst of cinnamon and soft ginger before gentle fruity aromas start to overtake, fresh apple peel, peach and a little orange marmalade mingle with vanilla, toffee and a little Manuka honey.. 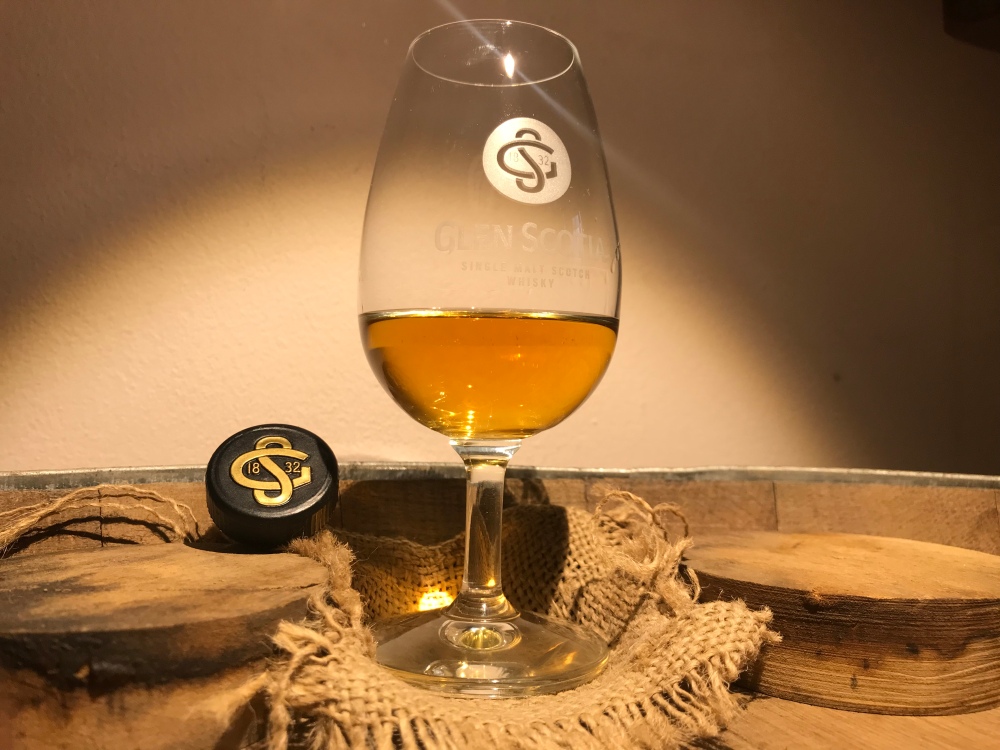 Palate.. Spices explode instantly with a real sweet after shock, vanilla, toffee apples, fruit salad sweets, cinnamon buns and gingerbread are all evident, a hint of chocolate, coffee beans and dried fruits bring this to a finish..

Thoughts.. Another great single malt offering from the Glen Scotia stable, retailing for around £56 this 15 year old is a superb addition to any whisky drinkers cupboard..

An easy drinking expression that offers some real depth and plenty to ponder over when in one of those moments when it’s all about the whisky..

When you pour this whisky make sure you have time to sit and appreciate what you have, time is this whiskies favourite thing..

The longer you leave this the more it will reveal, add a tiny amount of water and it evolves again. Glen Scotia is still so underrated as a distillery, if this expression is not on the radar then get yourself a bottle of Glen Scotia Double cask and believe me this as well as the others in the range will soon be on the shopping list….