It’s Toshan time again at the ocdwhisky offices and yet another offering from the award winning Independent bottler That Boutique-y Whisky Company .. 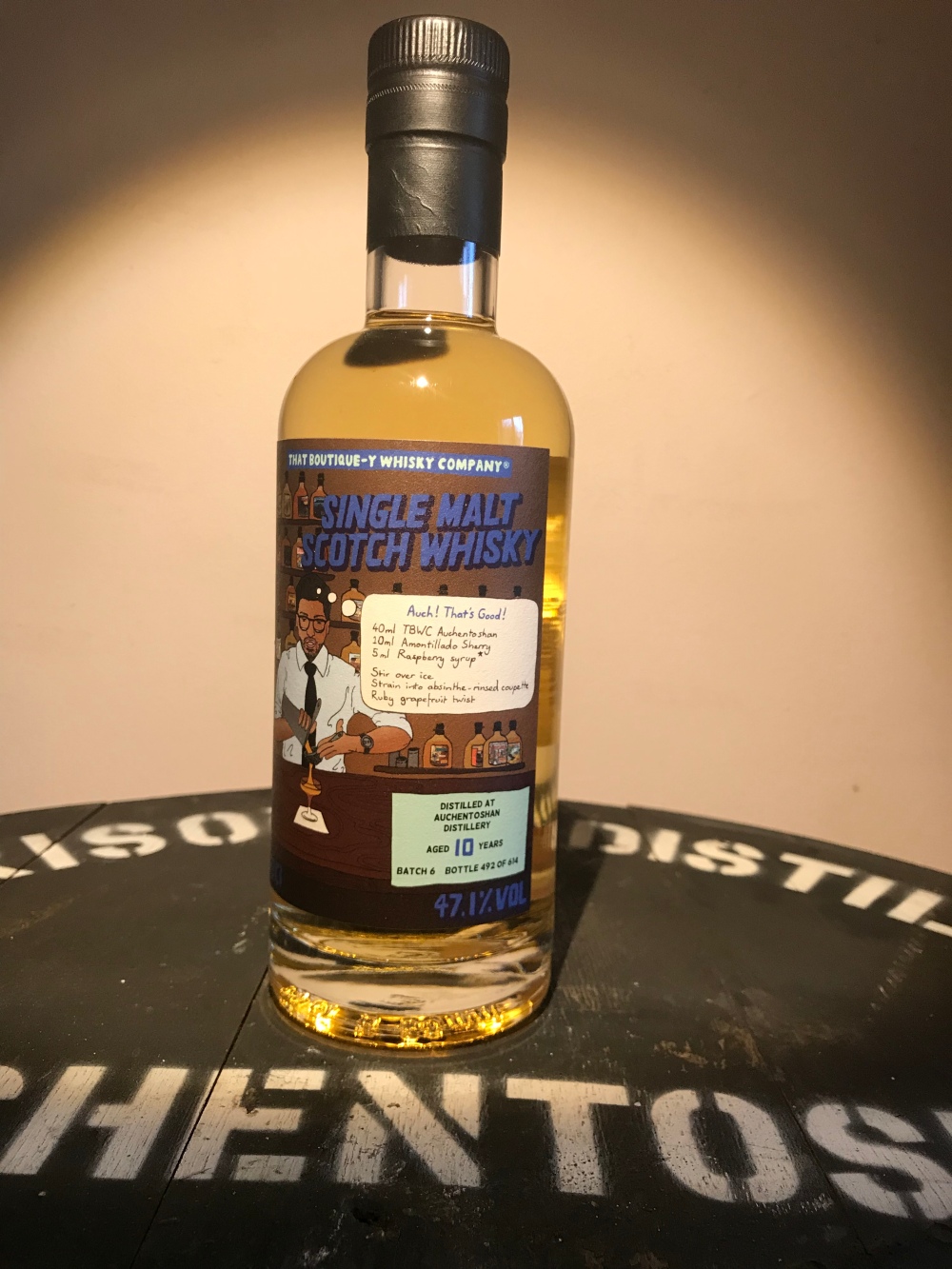 The distillery itself was founded in 1823 although there is evidence that the distillery actually existed before 1823 under the name of Duntocher which was first mentioned in 1817..

Officially founded by John Bulloch but more or less sold instantly to Alexander Filshie in the same year, the distillery is a great example of the lowland style and the triple distillation which offers up a wonderfully light, floral whisky is in today’s market fairly unique, especially within Scotland but more common within the Irish whisky making process..

Over the years the Auchentoshan distillery has seen a good few owners and hardship, bombed in 1941 by a German plane the distillery was severely damaged with evidence still noticeable today in the form of the pond just yards from one of the warehouses which is one of the craters from the bomb blast !!

In 1969 the distillery is bought by Eadie Cairns Ltd who upon purchase starts a large modernisation of the distillery before being sold to Stanley P Morrison in 1984 and soon after it is under the name of Morrison Bowmore..

1994 sees Suntory buying the Morrison Bowmore operation and the rest is history as they say..

Now into its 7th year this Independent bottler is going from strength to strength under the umbrella of Atom Brands and Maverick. The company is well know for the unique labels so expertly designed by the talented artist Emily Chappell..

Each of the labels describes the whisky within the 50cl bottles, either by cryptic clues of the whisky character or the distillery it hails from ! and with well over 140 different labels on the market ( well it was 145 at time of writing this piece ) each unique to a distillery, blend or teaspooned whisky it just shows how dedicated the brand is to bringing the consumer diversity as well as high quality.

This like all of the Boutique-y releases is naturally coloured and NCF.. 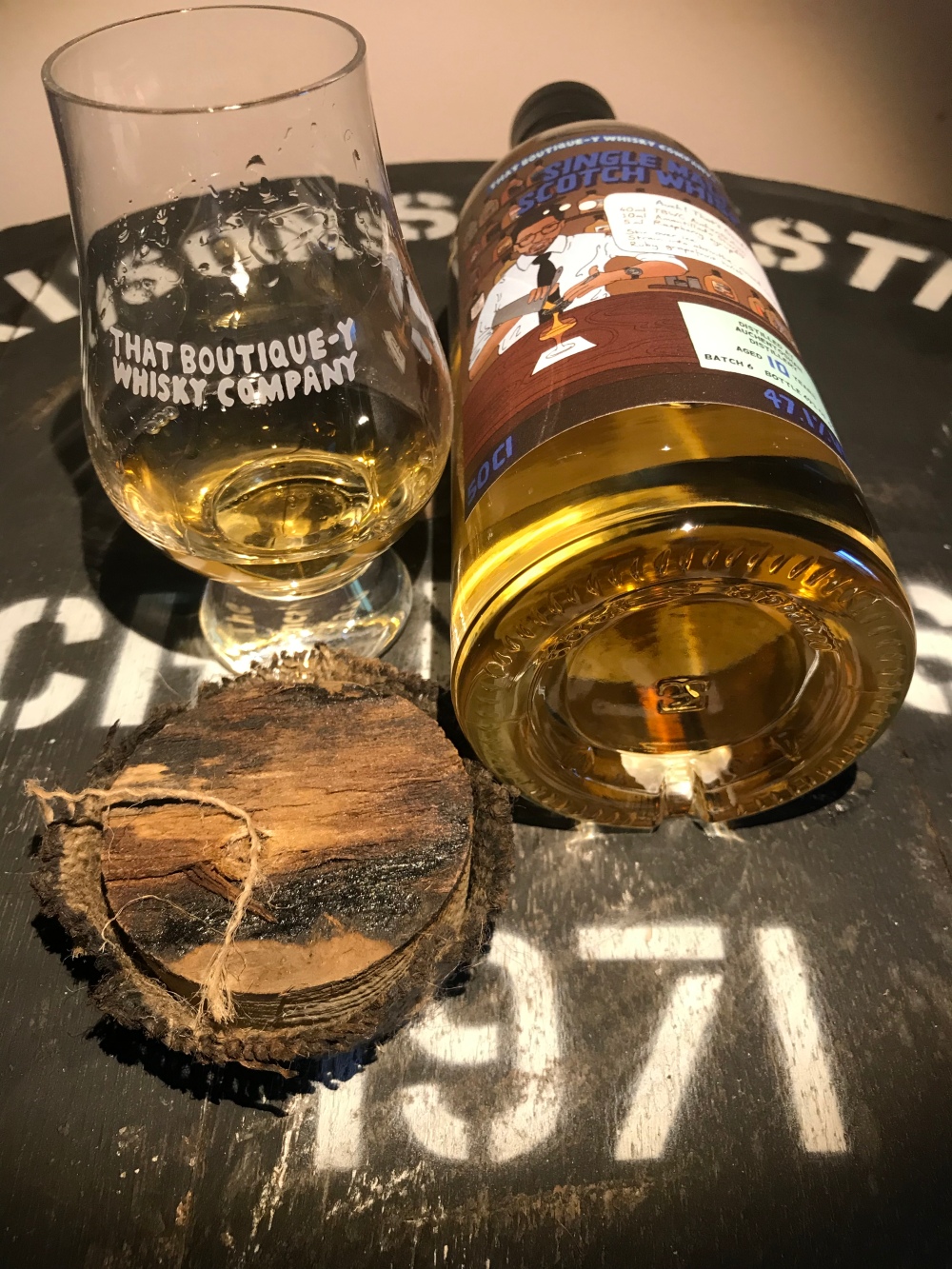 Nose.. Soft fruits and lemon citrus notes carry through on the back of soft spices, fresh cut grass and early morning blossom aromas..

Palate.. Soft fruits once again lead the way with the typical toshan lemon notes moving into that nutty note and typical peppery note..

Finish.. Peppery with a twist of lemon..

Thoughts.. An extremely delightful young Auchentoshan that is so reminiscent of the distillery style, subtle notes and soft flavours mingling with those big peppery notes just remind me what is great about the toshan style.. 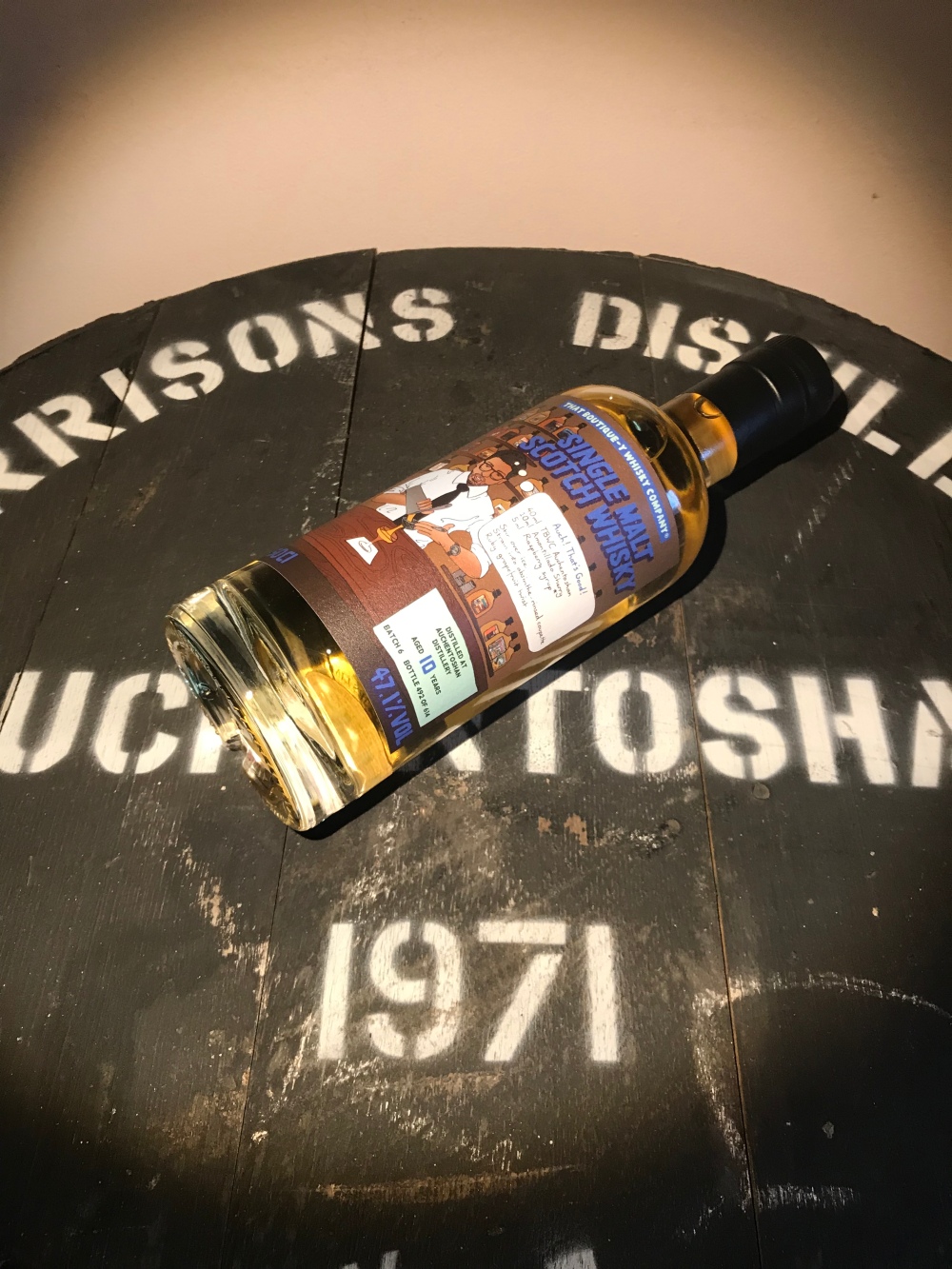 Unfortunately the distillery like so many others is heading in progressive collision with the cocktail and bar industry and seemingly forgetting its core drinkers with what can only be described as below par releases which I suppose are ok as very basic entry level expressions but just dont seem to cut it with those of us out there that know just how good the whisky can be..

Luckily the independent bottlers are keeping me stocked up with this delicious liquid so a big thank you to you all..