Just imagine a setting.. A picturesque ranch set in the beautiful area of Vermont, USA, crops, oak and water,  a man with a vision of producing a high end whiskey..

Mix it all together and you have the birth of a whiskey.. What next..

Raj Bhakta, the founder of Whistle Pig Whiskey bought the 500 acre whistle pig farm back in 2007 and with his love of Whiskey and the states Raj decided his future was in producing whiskey but not just any old whiskey, he wanted a premium product that would also be readily available.. In his words he had noticed there was no real premium whiskey like “ macallan”  for sale, yes there was “pappy” but it’s comically small !! ( in relation to stocks available)

Raj decided he wanted to use Rye to make the luxury whiskey and as much as possible use what he had available within the farm to bring the future success to his business..

Growing Rye for the liquid, water from the farm and Vermont oak from the forests to make the barrels gives you a starting point, add this together with a true inspirational person in the form of Dave Pickerell ( formerly the master distiller for 14 years at Makers Mark) and you have the base for success..

Now as we all know making whisky / Whiskey is no short term thing, it takes years to set up a new distillery and start to mature the product, especially if the plan is to sell a “ premium “ product with an age statement behind it..

Dave Pickerell has the answer to this.. And that was 10 year old stocks from Alberta distillery Canada.. Dave has told Raj this was some of the best Rye Whiskey he had tasted and sticks were bought..

Now there has been a lot of talk about this side of the business within the American industry, not just the Whistle Pig side but many others that buy product from a central distillery and then bottle it as their own product or use a slightly misleading label..

MGPI is one of the largest distilleries within the states that sell product to smaller companies like Whistle Pig, it is then up to that company to give full transparency on the label..

Whistle Pig has always been transparent with the origin.. A statement on the back of the 10 year old bottle clearly states “Aged and bottled by Goamericago Beverages, LLG, Shoreham VT, imported from Canada “ ..

One interesting part of the equation is the “matured “ in USA part – The stocks are now bought in at a young age and given a second long maturation in used American bourbon casks which means they can legally say matured in USA ( my understanding which could be wrong ! )

At present and going forward the Whistle Pig 10 year old is and will be stocks of Rye whiskey bought from the Alberta distillery, Canada.. 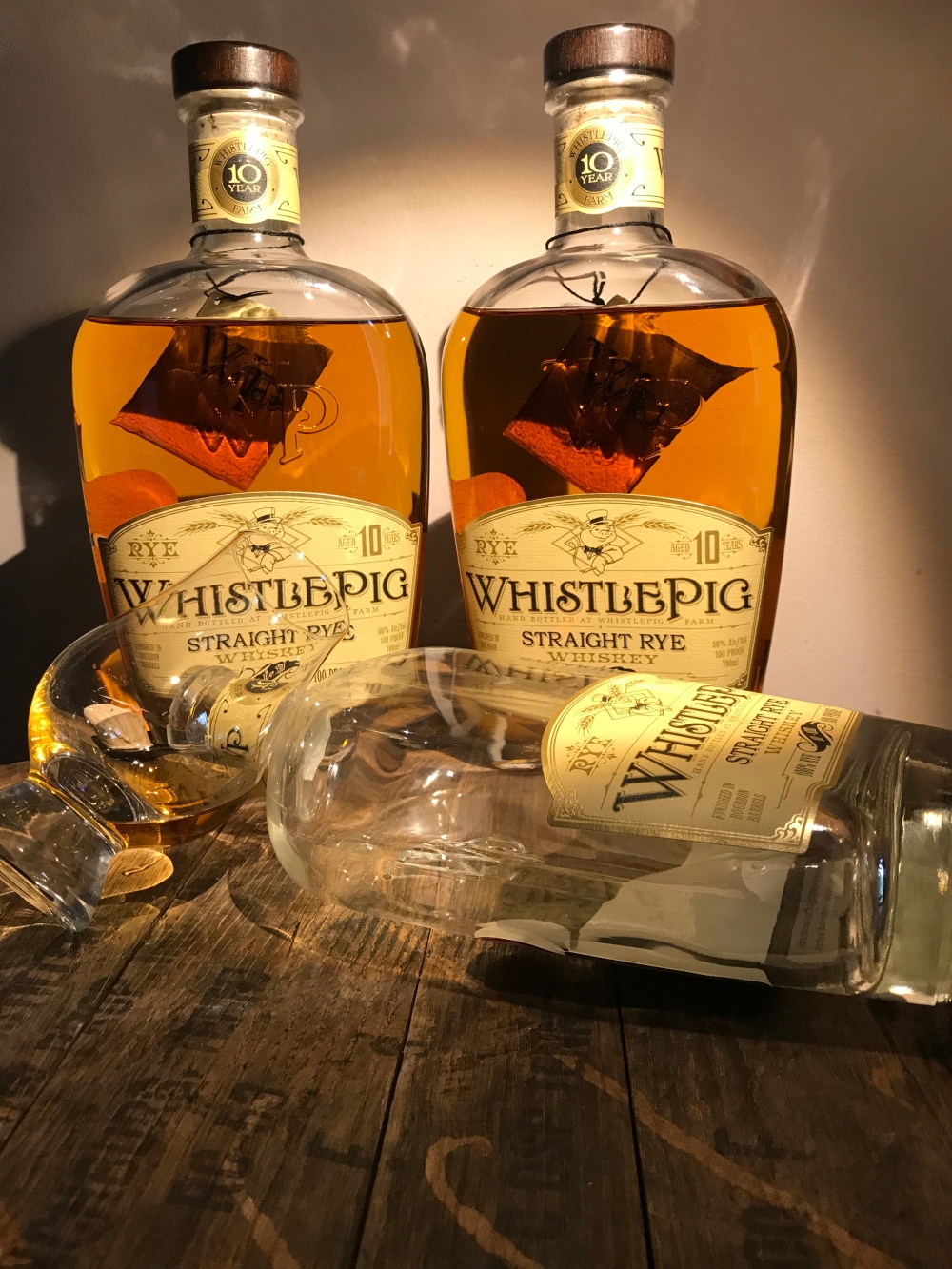 Nose.. An initial herbal note interacts with a minty note, vanilla and cinnamon.. The sweetness comes through but that Rye aroma is always the dominant factor..

Palate.. Spices are the most prominent flavours and although they are, they are still rather gentle and in no way off putting.. Vanilla, chocolate and maple syrup bring back the sweetness along with some gentle oak and candied orange peels.. 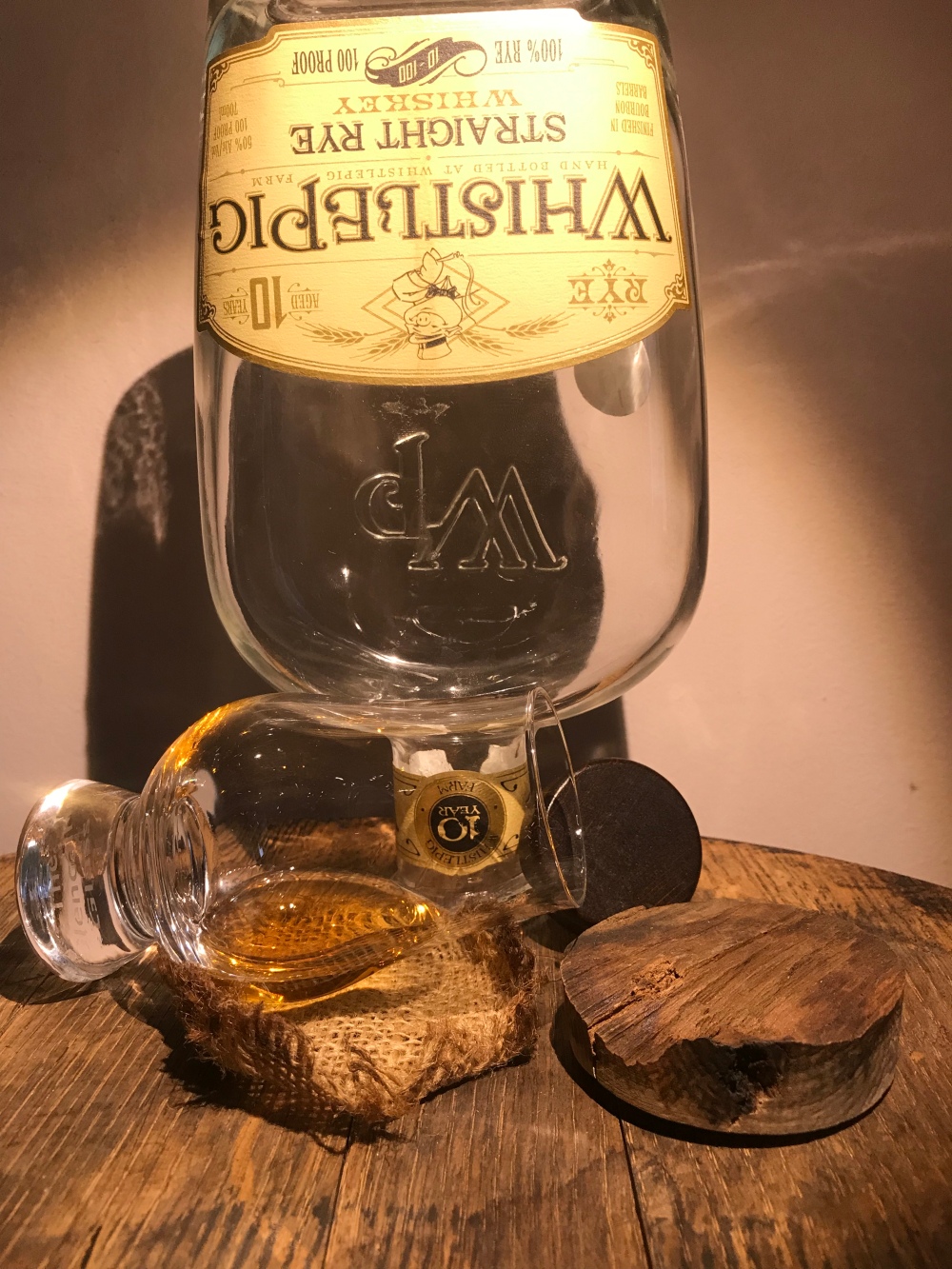 Thoughts.. Now I could never put myself forward as knowing too much about Bourbon’s, American Whiskey or Canadian Whiskey as to be honest until probably 18 months ago I actually rarely poured any of the above due to ignorance at just how good the liquid could be..

That is now changing at a fast rate..

This whistle pig whiskey is certainly helping me change mind a little faster, the Rye aromas and flavours are so inviting but I know they do not agree with everyone..

If you like the Rye style then give this one a go.. Forget the political side it does not affect the quality of the liquid held inside the bottle..