Proudly boasting being the oldest distillery on Islay, Bowmore was founded in 1779 by David Simpson after buying the land some years earlier in 1766.

Not content with being the oldest distillery they also have the “worlds” oldest warehouse.. The legendary No1 Vaults is almost as old as the distillery itself although the rumours do tell us that Bowmore May have been distilling slightly earlier than the official 1779 date !

The distillery is closed in order to help with the war efforts in 1940 with the RAF Coastal Command being based there..

Whisky Broker Stanley P Morrison takes control of Bowmore distillery in 1963 and in 1993 the first release of the legendary Black Bowmore is released.. 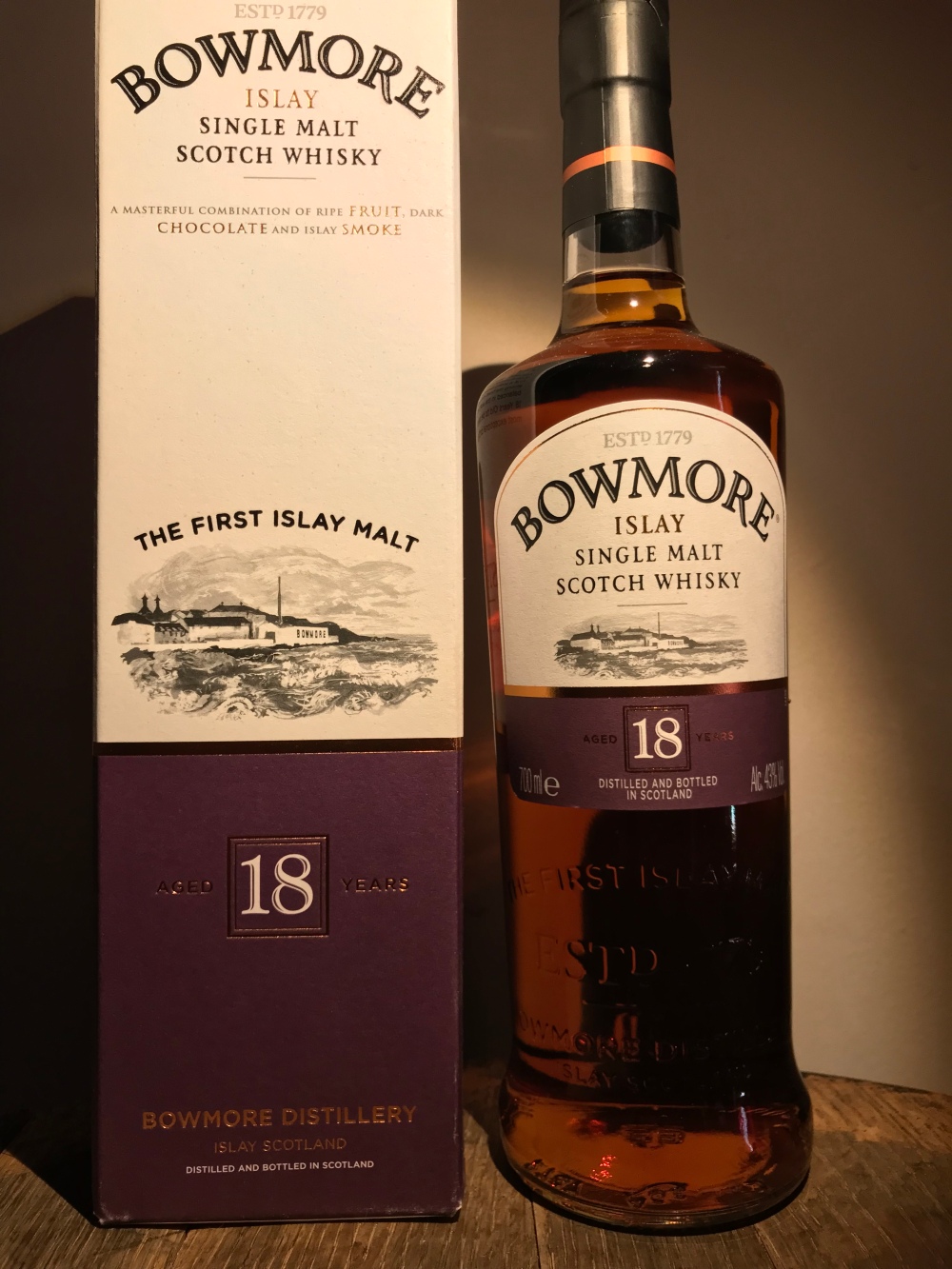 Launched in 2007 to replace the 17 year old this whisky has won gold medals at the IWSC and double gold at the San Francisco World Spirits Competition In 2018..

According to the bottle this may contain Colouring ( why ? )

Nose.. Straight into that peaty aroma with a soft undercarriage of dates, plum, chocolate and vanilla sweetness. There is a real burnt toffee and charred oak note that keeps popping up along with a damp musty warehouse aroma.

Palate.. Peppery initially with a gentle sweetness that eventually battles  through. The smoke engulfs everything but it is still possible to pick out those dark fruits, chocolate, citrus peels and freshly ground coffee notes..

Thoughts. I won’t pretend I was overly fussed with this one but I certainly did appreciate what it was..

This certainly promised more on the nose than it delivered on the palate and unfortunately just left me thinking there should be a little more.. Yes there is a nice balance and a good array of flavours but like I said I just expected a little more than it offered.. Maybe on another day I will feel different..

Final thoughts that just keep popping around my head is why o why do you put colouring into this 18 year old ? Ok it might be that the statement is there just incase it is needed at some point but come on Bowmore..

Colouring in whisky generally does not bother me and especially when it’s added to the entry level whiskies but Surely the Sherry casks can give you the colour you are after when putting together an 18 year old..