Independent bottlers don’t come any bigger than Douglas Laing.. Established in 1948 and now into the third generation of the family this independent bottler prides itself upon releasing some of the finest single casks of single malt whisky, single grain whisky as well as some exceptional blended malt whiskies and blends..

The company is well known for its “Regional malts” which are blends made up of some of the finest single malts from particular regions..

One of the “Remarkable Malts” is the epic Big Peat which represents all that is Islay.. Boasting some of the finest distilleries on Islay within its make up not only working but probably the most iconic and sought after malt from the fabled island – Port Ellen..

Now we don’t know what proportion of Port Ellen goes into this blended malt but I think we all know it isn’t going to be multiple casks due to the fact stocks have to be getting rather low..

What we are told is that the “ General Big Peat”  contains whisky from Ardbeg, Caol Ila, and Bowmore as well as some secrets..

This 26 year old is the 2nd in a three part release of aged Big Peat editions, the first being a 25 year gold edition.. This is of course all natural colour and Non chill filtered.

Nose.. Don’t expect anything other than a good whack of peat smoke that evolves into a real meaty nostril bashing beast.. There is plenty of fruity notes along with citrus peels, dying embers and damp wood notes.. An earthy aroma rises through the smoke and drags honey, gentle spices and a hint of sea spray into the equation..

Palate.. Obviously there’s a little smoke, but it’s so much more than that as it brings in a fruity side that just seems to sit on the tongue all the time you get that familiar spicy note in the form of ginger and cinnamon along with a sprinkle of pepper.. A little bitterness comes in the form of high percentage dark chocolate,  ground coffee beans and citrus peels..

Finish.. Lingering smoke, citrus and a touch of spice. 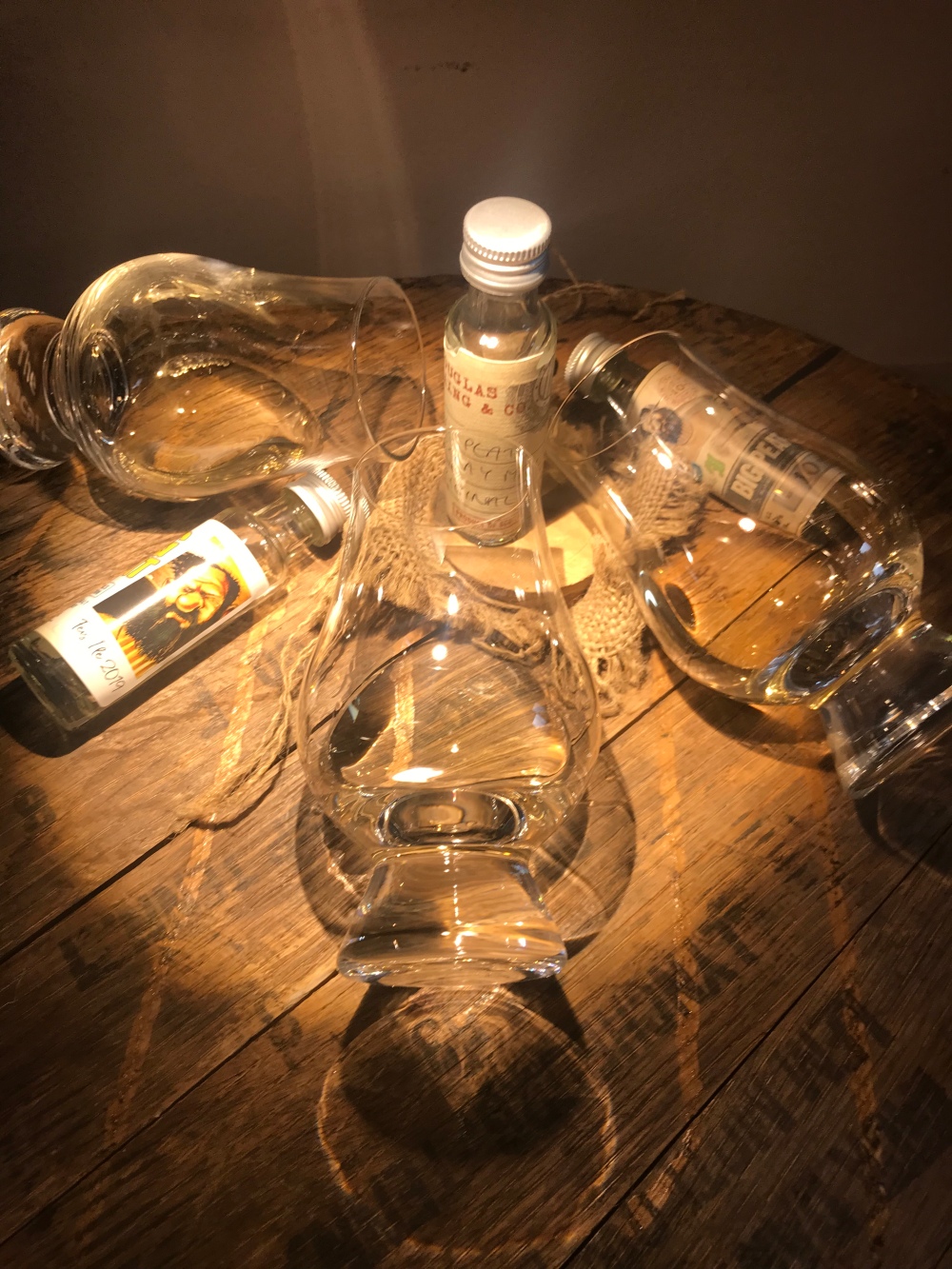 Thoughts.. You kind of don’t expect anything less from Douglas Laing other than perfection and in all honesty this just hits the bar and raises it a little more..

At 26 years old this is in no way settling down in its older age, it is still fierce and dominating and has that attitude you expect from something of this calibre..

Sample provided by Douglas Laing as part of a live tasting..