Most of you will know the name of Paul John whisky, but for those of you who don’t let me tell you a secret… It’s bloody good single malt whisky from India !!

We know India is full of sunshine and glorious sandy beaches as well as it’s fair share of poverty.. It’s not all Chicken tikka and pilau rice you know !

The Paul John distillery is located in Goa which is an old Portuguese settlement and boasts some of those glorious sandy beaches, sun laden days and of course India’s premier whisky !! Not to mention some greedy angels ( 8-10 % ) but at least they leave some for us!!

The name comes from the owner of the company Mr Paul John who is the man behind John Distillers ( located in Bangalore ) which is the parent  company of the distillery.

With whisky production starting in 2008 and launching into the Uk market in 2012 the company today in theory produces. 3 styles of whisky – unpeated, lightly peated and peated whisky with a  of around 35ppm..

The Peat is brought in from both the Mainland of Scotland and Islay in order to dry the Indian 6 row barley that is grown at the foot of the Himalayas, the company does not import peated barley..

Using the 6 row barley is generally a less cost effective way of distilling as this will give you less Starch and more proteins, this then means a lower yield of alcohol per ton of barley used. It is however cheaper to grow and may in the long run even itself out, it will also give you that slightly more spicier flavour rather than the sweeter counterpart..

Over the past few years we have seen some incredible single malt releases from the distillery with what can only be described as two incredible expressions that not only divide opinion but also scoop up a generous amount of awards.. I am of course talking about my favourite from the company the “ Classic” Select cask and the sister release the “ Peated” Select cask..

The range as mentioned incorporates the 3 styles that have up until recently being matured within first fill Bourbon casks but are now starting to incorporate 2nd Fill and not as some will have you believe Sherry casks!!

Although the company has now had two releases which has incorporated Sherry cask finishes – the incredible single cask Oloroso finished which basically sold out before it even hit our shores such was the hype and secondly a Christmas edition (2018 ) which hopefully will become a seasonal release each year..

According to the website we should also see two new releases soon which incorporates both  PX and Oloroso which is very exciting..

”A state of transcendence”

This is still Naturally Coloured,  this is chill filtered though..

Nose.. A nice soft sweet start greets you by offering up Vanilla, heather honey and gentle toffee notes before soft spices and fresh fruits gently balance it out.. A hint of orange peel, pineapple and ripe banana with pear drop and fruit salad sweets bringing back that sweet shop feel. 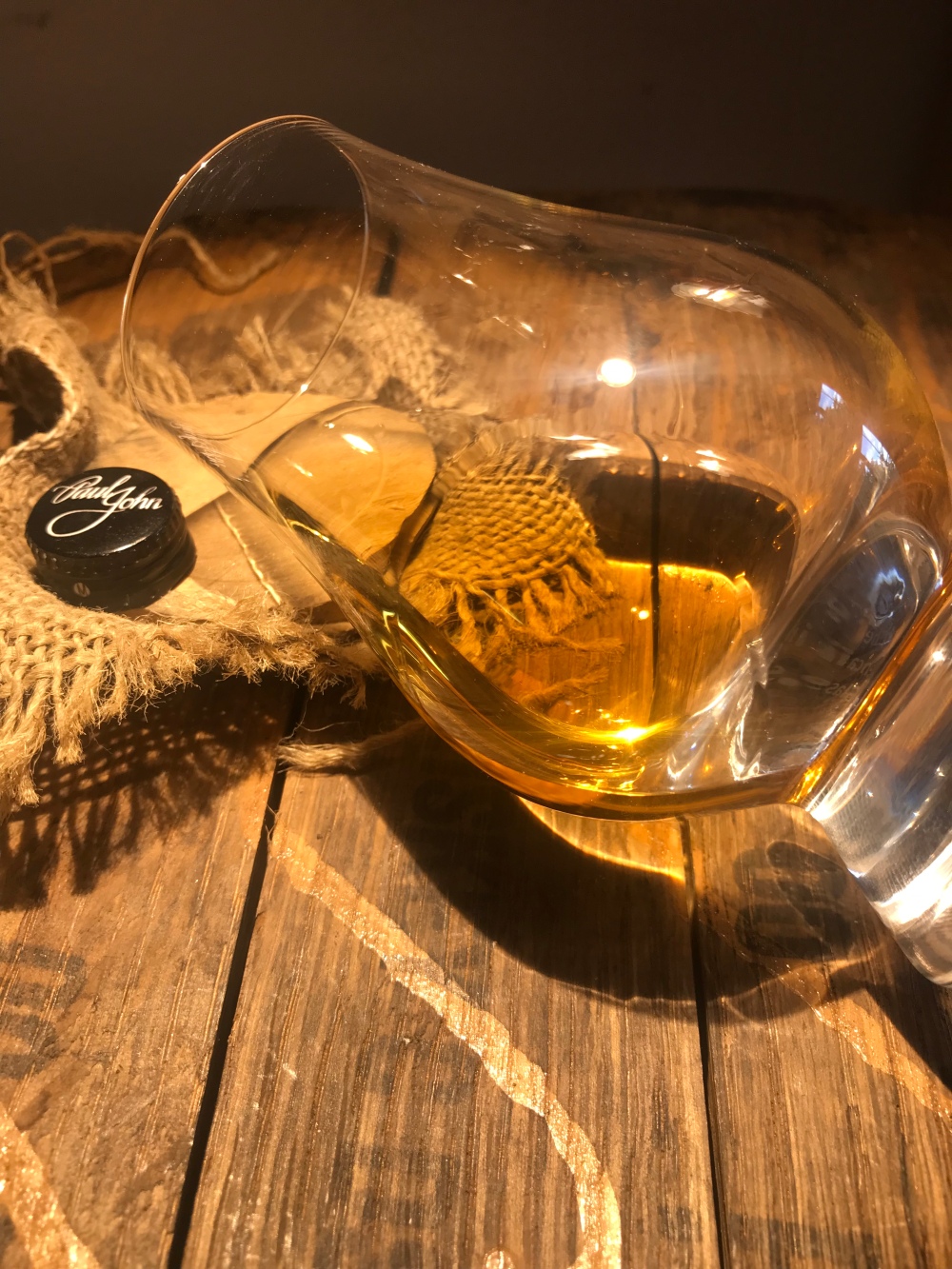 Palate.. The spices are there with cinnamon, ginger and a touch of nutmeg but again it’s the fruity side that shines through..

Finish.. Gentle spices that drift away..

Thoughts.. This reminds me so much of when Brilliance first came to my attention, it carries that DNA of Paul John, the fruity side of which Paul John offered  is sublime and that’s what I fell in love with several years back..

So let’s take this into context.. This will be the entry level  for the core range (Exclusive initially to Amazon in the Uk)  the Abv has dropped to 40% which is noticeable but it’s not an issue ! We all loved the extra Abv of Brilliance, Edited and Bold but it’s to be expected that a drop in Abv might have come about..

I expect this will be aimed at the bar trade and as a whisky to convert those who drink something called Vodka and Gin.. I know there are some strange people out there.. 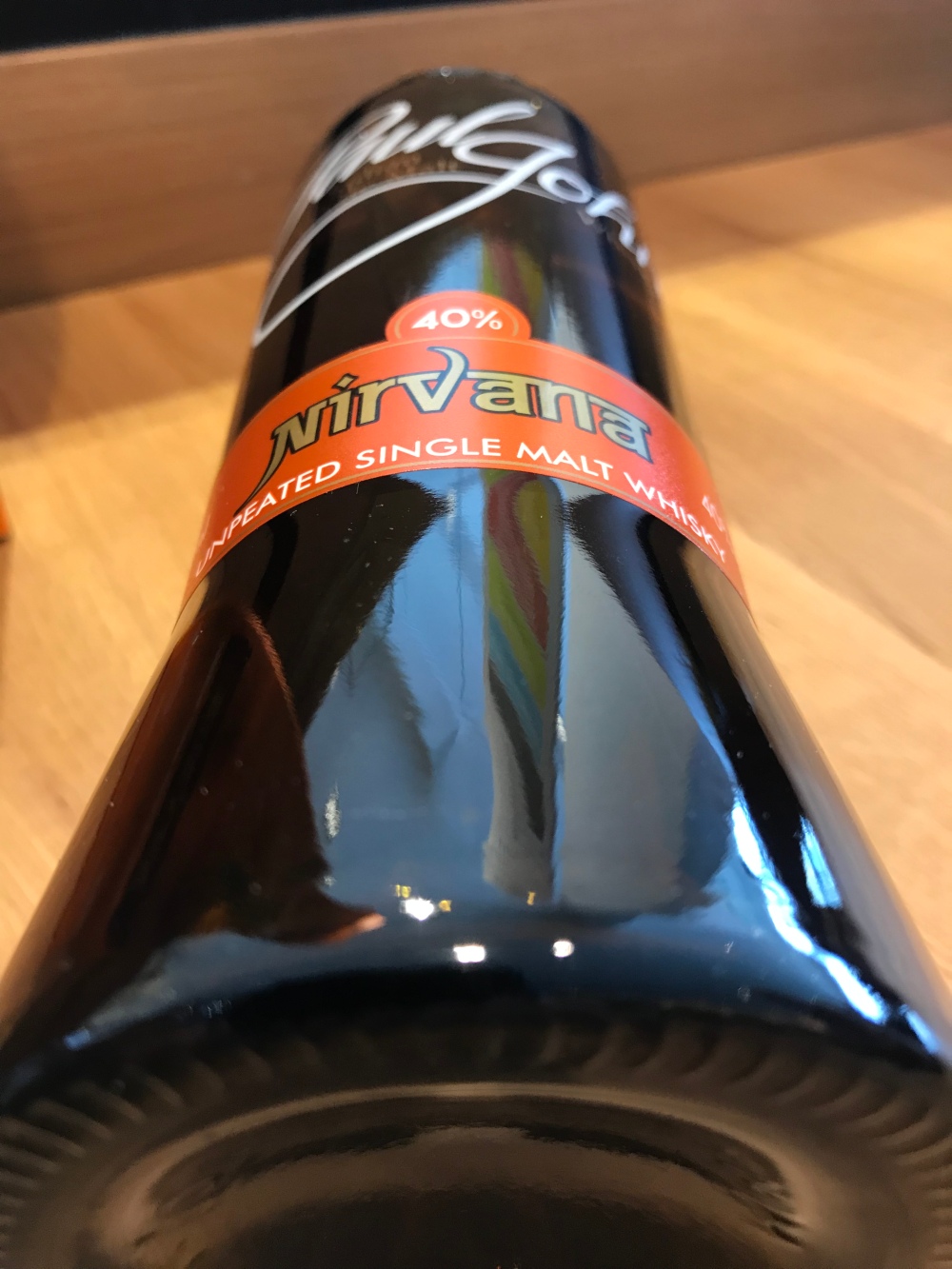 Price point I believe will be around the £28-30 mark which again seems to be a pretty good starting point..

Nothing more to say other than.. It’s pretty decent stuff – What you waiting for?