Ok so our capital city wouldn’t be the obvious choice to open a whisky distillery but that’s what has happened..

Darius emigrated to the Uk in 2003 and created a business in the West of London before realising his dream to open his own distillery and finally walk in his grandfathers footsteps.

Established in 2015 and laying down the first casks in May of 2016 the Distillery is truly in the craft distillery category.. Barley from one single farm is used and malted in the traditional way – on the floor, hand mashed and slowly fermented  for up to 168 hours ( 7 days ) in wooden washbacks made by hand in their very own Cooperage.

If you are wondering where the Bimber name actually hails from then look no further.. Bimber is the polish name for Moonshine !!  So again Darius looked to his heritage.

September of 2019 sees the first release of whisky produced by Bimber and one of the first single malt whiskies produced in London for a century!! 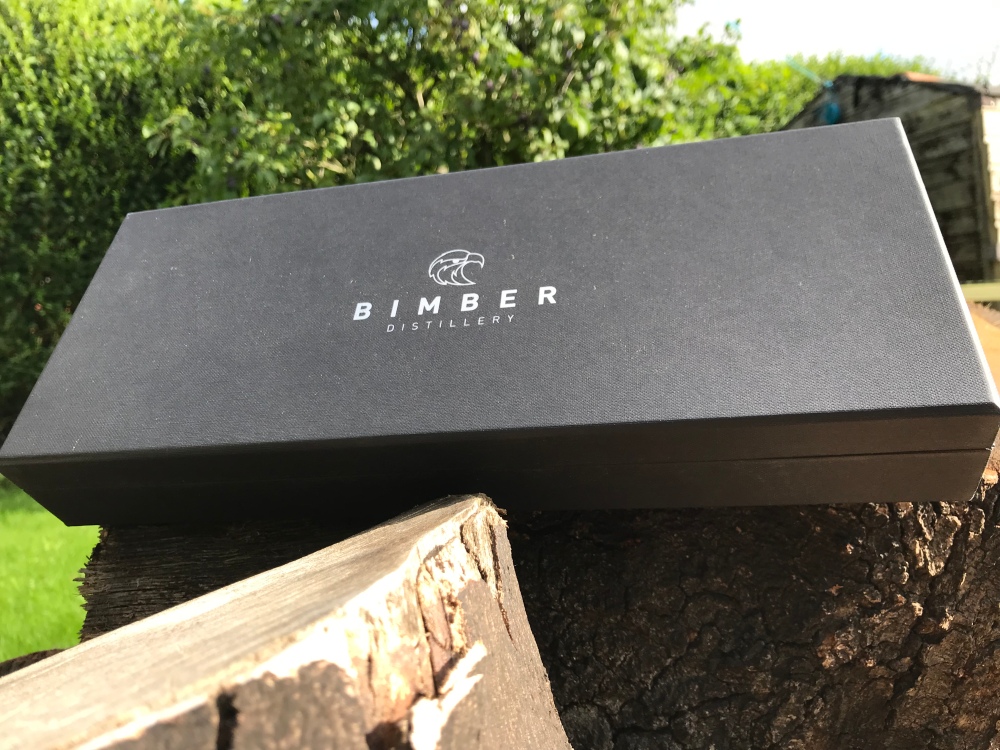 Todays review is for a journey into the future of distilling in London and the beginning for Bimber Distillery..

Bottled at 51.2% this 3 year old sample hails from a first fill – ex bourbon cask sourced from the Kelvin Cooperage USA..

Nose.. Plenty of fruits greet you as you explore, the apple peels and pineapple are the dominant fruits aromas with hints of coconut, vanilla, caramel and a touch of cinnamon all shining.

Palate.. The palate carries on from the nose with all that was promised showing up.. A little extra spiciness along with a soft rye note give this a slightly left field feel. A very impressive start..

Again this is a 3 year old whisky that has been bottled at 51.9% Abv

Palate.. The dried fruits, plums with a hint of blackberries carry into the palate with delicate impressions of old leather, tobacco leaf and chocolate give this a sweetness and a little drying feel.

Nose.. Fruity to start with a soft smoke ( from the charring ) pineapple, vanilla, citrus and chocolate.

Palate.. Again this is just what you expected from the nose.. No surprises, just  a real nice, easy drinking young whisky that hits the spot..

This is possibly the second release due out in October ( 2019 )

Bottled at 53.1% Abv this 3 year old whisky has certainly stripped plenty of colour from the cask with its golden copper colour..

Palate.. Spicy with a little peppery kick is the way this introduced itself before a fruity side opens up and brings with it  a little sweetness..

A real easy drinking expression that shows off the beauty of Virgin oak..

Again bottled at 60% this peated new make has a PPM of 50 at the barley stage..

It was hard to pick a standout on the night due to the fact they were all so good but the young Sherry matured and virgin oak expressions certainly got my attention..

One more interesting fact learned on the night was about the logo.. An eagle looking to the right adorned the box and we were told that the Eagle motif comes from the polish flag.. It looks Left and this is to the past but Bimber want to look to the future so the Eagle Looks forward or to the right !!

With thanks to Steve Rush from the Whisky Wire who once again arranged this superb tasting along with the Bimber  Distillery who kindly supplied the samples..