I always find it interesting when talking about a whisky then mention some different named distillery and wait for the reaction..  Most of those reading my blog will be well aware that Ledaig isn’t actually a Distillery name, it is however a very well known brand that is produced at the Tobermory distillery on the island of Mull..

Tobermory Distillery was founded back in 1798 by John Sinclair who was originally a merchant dealing in soda ash, in 1797 Sinclair applied to build a distillery on a 57 acre site along with housing but was refused as distilling had been banned in order to save grain..

Sinclair went ahead and built the distillery and later obtained a license for distilling in 1823.

The distillery produced whisky under the Tobermory name until 1930 when unfortunately the doors were closed and the Distillery was mothballed, 1972 finally sees the distillery opened again but under the new name of Ledaig,

Over the years the distillery has closed its doors for short periods, remaining dormant for a couple of years here and there and the warehouses sold off to be renovated into flats.

Today the Distillery is owned by Distell and has gone from strength to strength with whisky produced under both the Tobermory ( un peated Malt ) and Ledaig ( peated Malt ) names.. The peated Malt has a PPM of between 30-40 ppm and although not one of the bigger levels it is certainly noticeable within the Malt.

The distillery splits production in order to produce equal amounts of both liquid and remains the only whisky producing distillery on Mull. 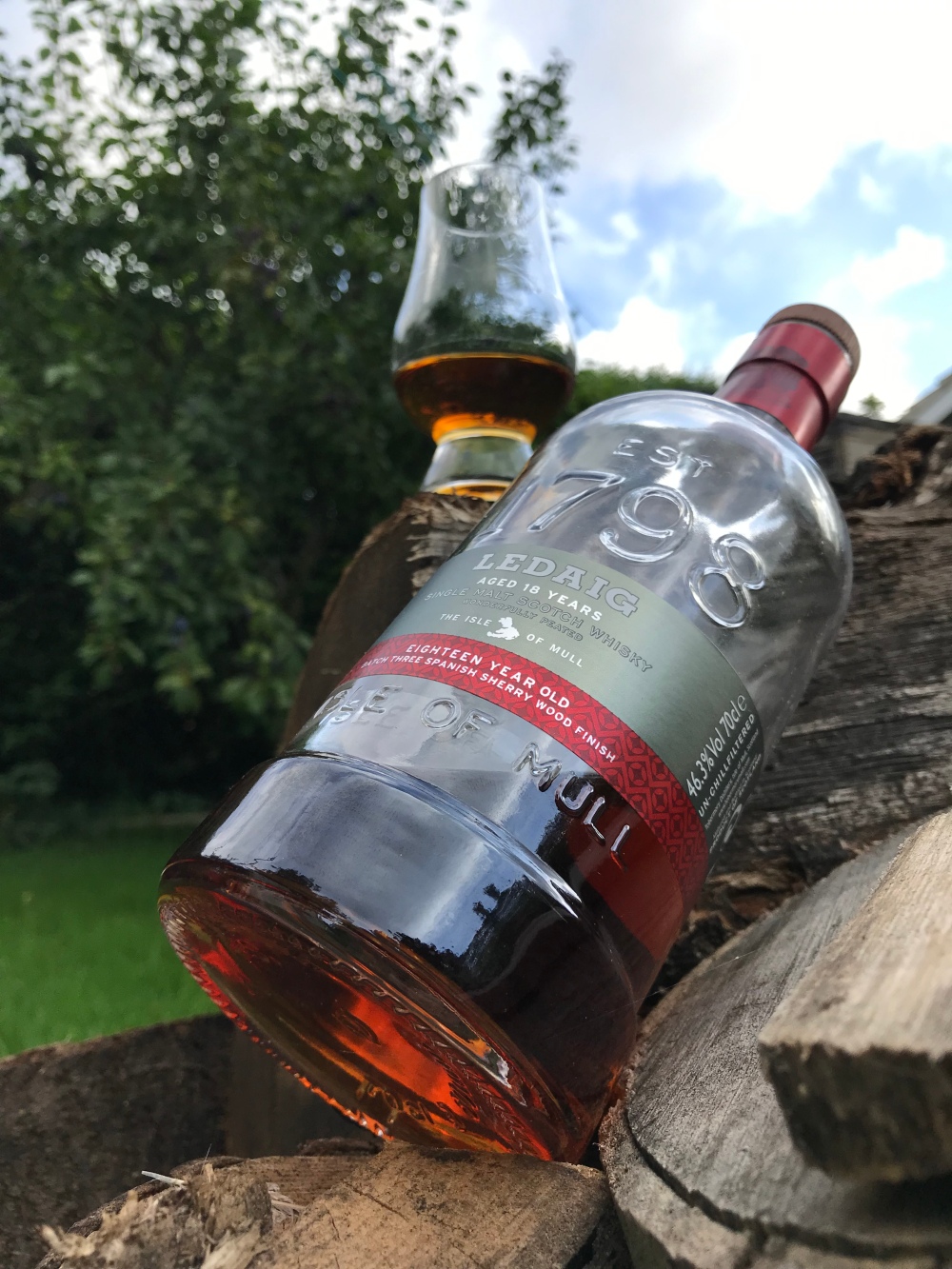 Nose.. This starts of with a real earthy, smoke aroma that leads you perfectly into dried fruits, chocolate and vanilla. Hints of toffee apples, citrus and burning straw round this off nicely.

Palate.. The smoke dries the palate and along with a peppery kick this then leads you into those dried fruits, tobacco, chocolate and a citrus bitterness than compliments it perfectly.

Thoughts.. It’s not hard to understand why so many people talk about this whisky with such high regard. I will say I don’t think it’s the most complex of whiskies but what is there is bloody good, the smoke compliments the Sherry notes so well and with the earthy undertones it’s a case of what’s not to like !!

I recently had the pleasure of including this expression on one of my blogger stands at a festival and this was one of two bottles that just disappeared, people were queuing up to try it and it sold out from the shop by half time.. Quality product at a great price ( £80 )