This rare release is the result of a long-awaited experiment in how grain affects flavour early in the whiskey-making process, in particular, the bygone practice of malting rye.  The Double Malt mash bill innovates on a traditional practice of malting a small portion of the rye harvest, as done by farmer distillers before industrial whiskey-making processes were established.

“To harness this tradition for our oldest expression of WhistlePig yet, we selected a whiskey distilled from 79% rye, 15% malted rye and 6% malted barley. These grains form a harmony that spans the flavour spectrum, at once soft and floral, rich and savoury, and full of spice.  Its complexity is only heightened after 18 years in the barrel.”  – Pete Lynch, Master Blender 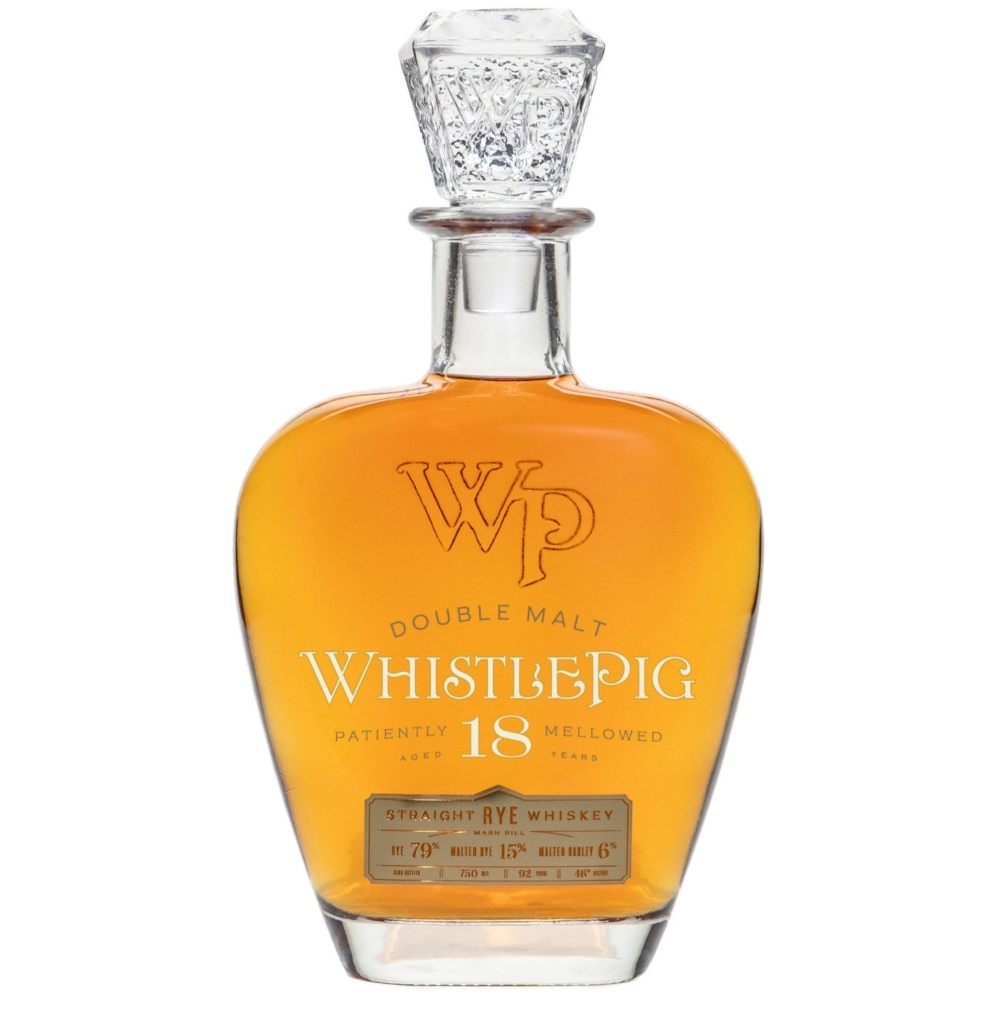 VERMONT GLASS
To complete Double Malt Rye, we’ve partnered with our friends and neighbours in Vermont.  Each bottle is accompanied by a local glass stopper, custom made for WhistlePig by AO Glass in Burlington’s Art District.  Each individual stopper is unique, having been pressed by hand on one of the last remaining 19th-century glass pressing machines. The antique machine was rescued from a historic factory and installed at AO’s Burlington studio the same week WhistlePig’s second still was installed at the distillery in March 2019.
Click below to see the full process