The Cambus Distillery dates back to 1806 when John Mowbray converted a derelict mill situated next to the river Devron close to the Forth estuary. The business was not registered until 1813, land registration was filed soon after.

In 1851 the Distillery was expanded and a larger continuous still was added which made the distillery one of the largest grain producers in Scotland.
In 1877, the Cambus distillery along with 4 other Lowland distilleries firmed the company DCL, a few years later in 1882 the Cambus brewery was purchased in order to expand the distilleries maltings.
A recorded visit from Alfred Bernard in around 1886 gives us an inclination of the scale of operations when back then they had a capacity of storing around 25,000 casks.

2 Coffey still were in operation with an output of 1 million litres of spirit being produced per year and the construction of a third still house underway..
The Distillery was closed in 1993.

Silent distilleries always have you wondering how they would be today had production still been carried on today, would the love affair still be the same or would they be a lot more under the radar ?

Take Port Ellen for example, before closing the distillery was not exactly flying ! sales were not good enough and the liquid wasn’t thought of as quality, close the doors, wait a while and everyone suddenly shouts about the spirit, “its a collectors” dream these days with prices soaring to ridiculous heights and drinkers raving about the quality.. But are we actually being kidded by these people? has the liquid really improved so much or is it just a naive dream to think the quality magically appeared overnight..

Secondly in years o come when I sit down with friends or the next generation of drinkers ( possibly grandchildren ) then I can sit down and talk about how there used to be a distillery named Cambus ( in this instance ) and it closed in 1993 long before you were born but this is what the whisky tasted like..

Ok there is also a third reason but for me this is less likely but it is still an option and that is future sales.. Prices go up and on occasions the money is needed, I don’t buy with the notion I can make money but sometimes life throws things at us that cannot be ignored.. My Port Ellen’s got me through a rough patch when I shattered my knee..

I often talk about the journey that whisky can take us on and a closed distillery should be able to enhance that journey especially if the buildings are now demolished and all trace of existence is now gone except for the few bottles that we have stored away..

The indie bottlers are the ones who keep these distilleries alive in essence as most of the bottlings that still get released are released by them other than of course Port Ellen who do seem to be released in the annual special releases from Diageo..

There does seem to be a good stock of older bottlings from closed distilleries on the grain side though and with prices for well aged stocks still being on the reasonable side then now is still the time to buy and indulge yourself. 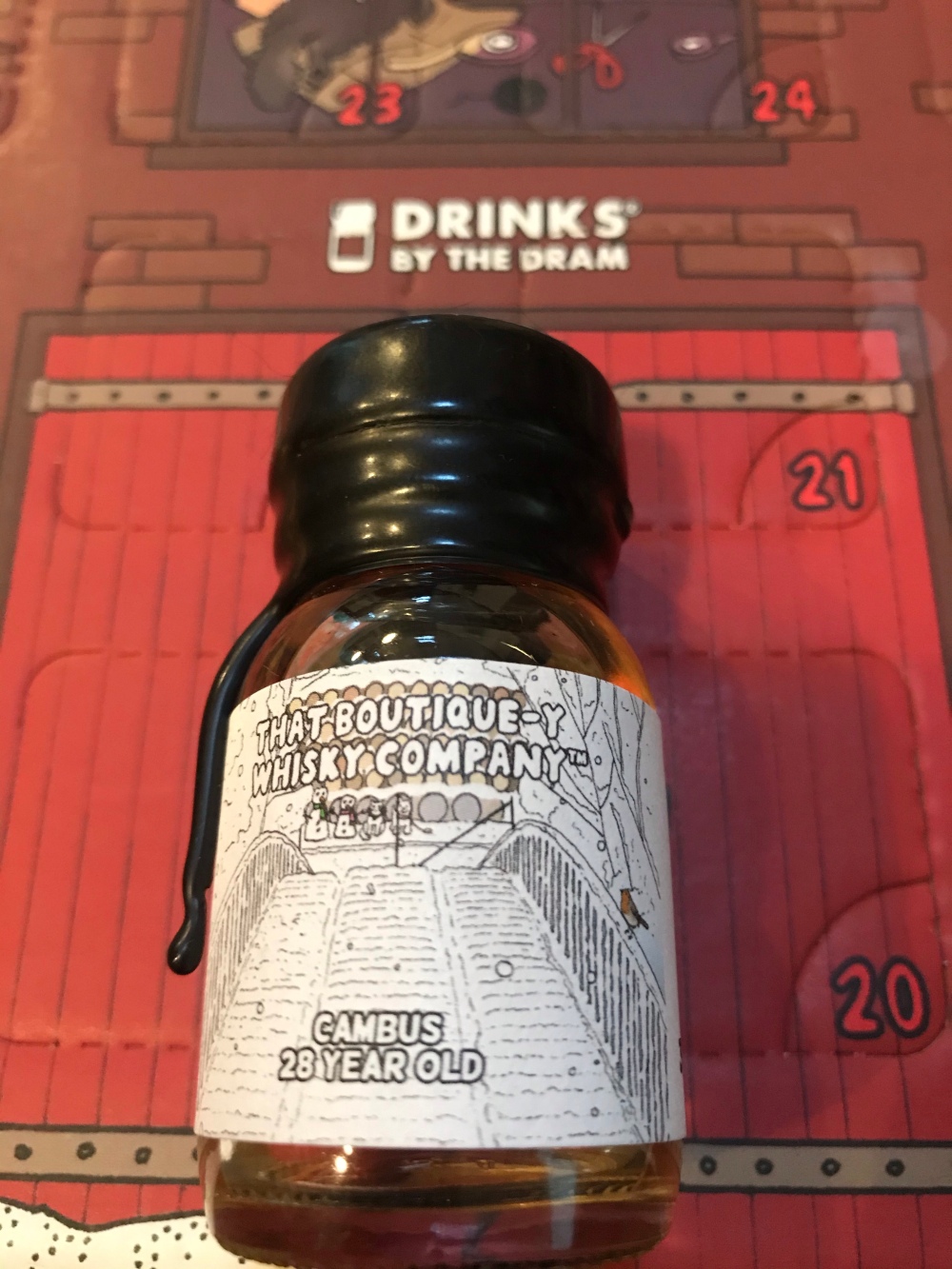 This offering from That Boutique-y Whisky is certainly one that has to be looked at as both a bargain and also something for the future, I don’t mean as a collectable exactly but one to keep hold of in order to keep the heart of the closed distillery beating.. At £115 for a 28 year old single grain whisky from a closed distillery then you have to be seriously looking at it.. ( link HERE )

TBWC are amongst only a couple of Indies that I keep an eye on for these releases and as one of the better priced companies they cannot be ignored, Quality liquid at a very reasonable price… 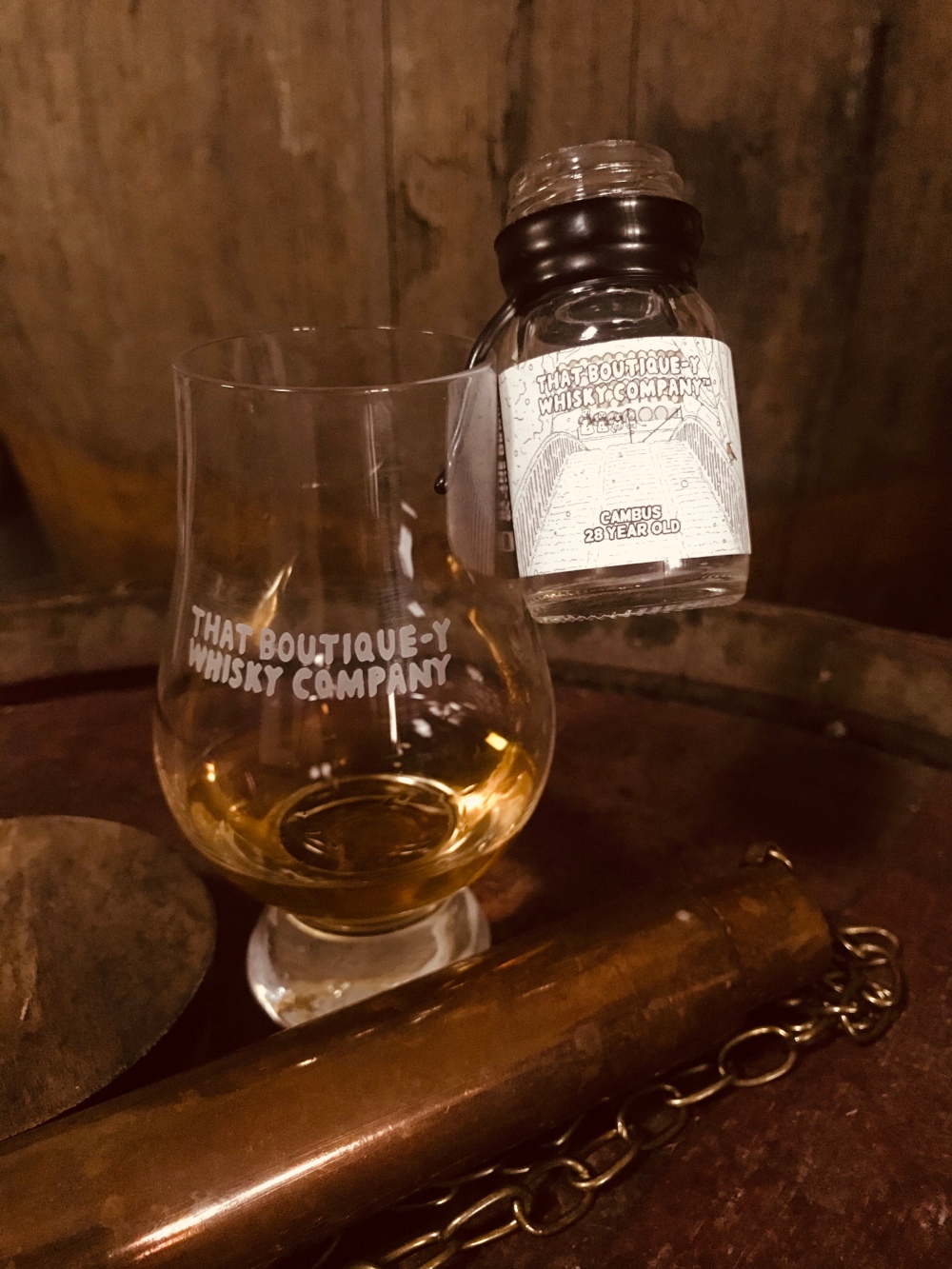 Palate.. The typical kick of spices are instantly noticeable but its not long before the sweetness begins to appear, vanilla, toffee and caramel all take turns to delight the senses. Hints of dried fruits and bitter chocolate form on the back of an earthy Manuka honey note and digestive biscuits.

Thoughts.. I always think of old grains as the aromas that I was greeted with as a kid when I walked into a sweet shop.. There is a real seductive aroma that invokes memories that are just impossible to find these days and they make the experience that little bit more special.

However you drink your whisky just enjoy it, don’t feel the need to be overcritical at every occasion, you never know you might start to enjoy it a little more!!