The Auchentoshan distillery can be found nestled on the outskirts of Glasgow, at the foot of the Kilpatrick Hills and in the shadow of the Erskine Bridge. Officially founded in 1823, although it is believed 1817 is actually the official beginning of the distillery..

Auchentoshan which is Gaelic for “ the corner of the field “ is one of the only distilleries in Scotland to practice triple distillation and although the lowland style of past was renowned for the triple distilling technique, as the distillery count dwindled so did the art.

Located in the grounds is a small pond that can be found at the front of the distillery as you drive in, this was created by one of the bombs dropped during the war which almost destroyed the distillery, thankfully they missed !!
The distillery has gained a reputation for its light flavours and floral aromas along with some very good single casks and as one of my favourite distilleries I have had the pleasure of quite a few very good expressions.

I am a fan incase you didn’t know.. I have loved the whisky for longer than I care to remember and with a number of bottles sitting on my shelf id say its fair to point out I have the opportunity to play around and create exclusive expressions from my open bottles.. Why ? Because I can !!

I decided to play around with a few bottles to create something with a typical Auchentoshan style, but I also wanted something just a little different, So what to use ? well I obviously had to include some of the many single cask bottles I have.

Over the years I managed to bottle myself quite a collection on the countless visits to the distillery over the years, and so I picked a few casks that I expected would complement each other.. 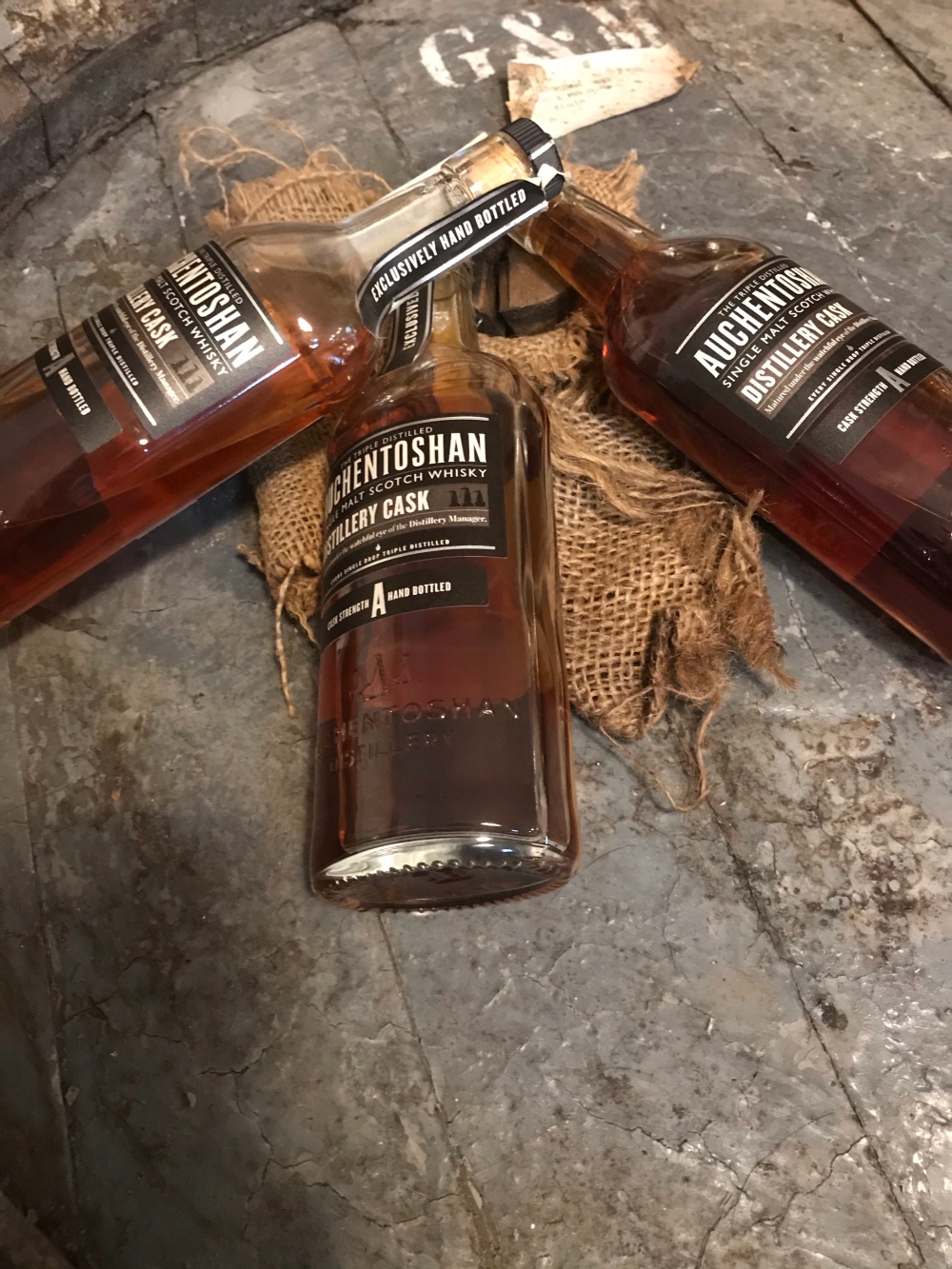 Nose.. Dates, raisins and plum with a hint of fig, chocolate and candied orange with some underlying vanilla and toffee before molasses, dried tobacco leaf and liquorice laces are all showcased.

Palate.. An explosion of dried fruits and bold spices engulf the senses before a calming chocolate note starts to develop. The tobacco notes are still there along with aniseed, candied orange, dark treacle and glacier cherries..

Thoughts.. Even though I added plenty of bourbon matured whisky (The mix was around 2-1 in favour of the Bourbon ), it did struggle to showcase itself but that is to be expected, those big, bold sherry flavours certainly dominated with only a fleeting moment or two where the bourbon character was allowed to shine..

I did find that as a vatting of casks it did not exceed the flavour enjoyment of each individual cask, the flavours were all there, but not with the intensity each single cask offered up !  the sample ( 20cl ) was given 2 weeks to settle down and I will re visist but I do think this needs to be closer to the 3-1 or even 4-1 ratio in order to really highlight more of the distillery profile that can be found in the Bourbon side and not just a dominant sherried profile..

It was still interesting, and it created a good cask strength, sherry dominant expression that I shall enjoy….