Officially founded in 1823 by John Bullock, although the distillery is believed to have gone under a slightly different name, Duntocher, since 1817.

The distillery is not one of the major players within the scotch whisky industry although the production capacity is still topping out at 2 million litres of alcohol per year, 3 three stills are used, the wash still has a capacity of 17,500 litres, the intermediate still 8,200 litres and the spirit still 11,500 litres, along with one semi lauter mash ton with a 6.8 ton mash charge, four Oregon pine washbacks, three stainless steel washbacks which all have a 38,000 litre capacity. 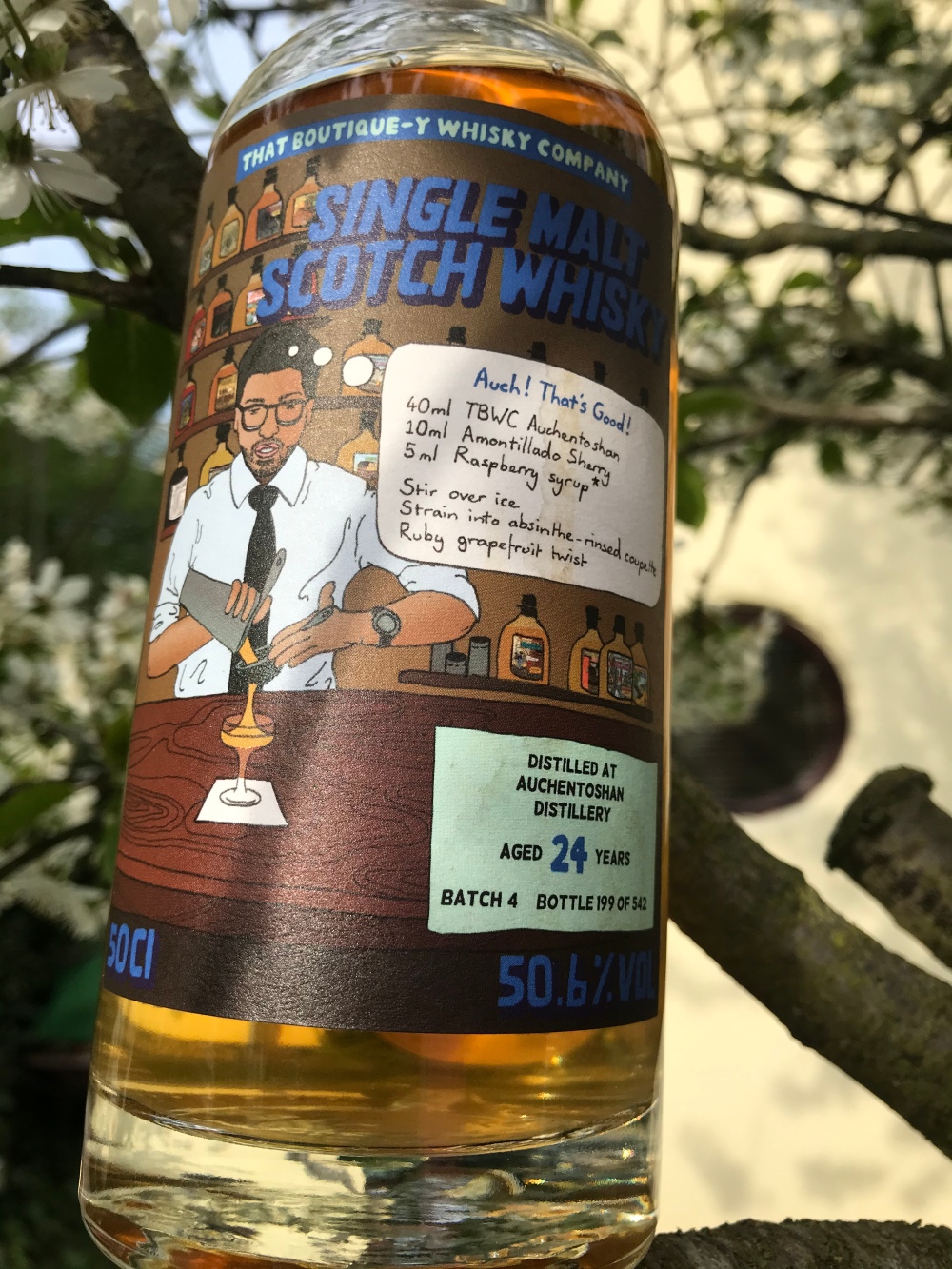 TBWC are of course one of the many Independent bottlers that are popping up all over the place but this company do things just a little different, funky, artistic labels adorn their bottles, these are also usually filled with interesting facts about either the whisky, the distillery or people within the history of the distillery, I say usually as there are one or two rather unusual ones that seem to be red herrings ( You know which bottle I am referring to !! )

Anyway with well over 150 different labels on the whisky / whiskey front the company certainly have a diverse range and this can only mean there is something for everyone within their ever growing portfolio..

I have had the pleasure of trying many of their expressions over the past 5 -6 years and I don’t think I have really been disappointed with anything, ok some might not suite my palate but that does not mean the liquid is bad, its just not for me, the quality is still there..

Nose.. Freshly ground Barley, Walnut, lemon tarte, chocolate coated digestives and a hint of honey lurks in the background. Floral scents and subtle notes of freshly cut grass surface on the back of cinnamon.

Palate.. This goes instantly into a fiery, pepper onslaught with plenty of oak tannings, lemon peel bitterness and heat showing up, as it softens out those gentle more floral notes start to shine, the nuttiness that all toshans have begins to muscle through with more citrus notes and a soft honey note..

Thoughts.. This release first surfaced along with a 25 year old and although when I first tried these side by side it was the 25 that shone just a little brighter, BUT, this is growing on me fast, the heat and spice slap this gives you is just so reminiscent of Auchentoshan at its finest..

The subtle side is there but you have to search for it, take some time and this opens itself into something worthy of your time !! Just remember too, older Auchentoshans from Bourbon casks is not overly easy to find, and if you find yourself liking the Toshan flavours then you just have to try these older bottlings..