Teeling whisky is not only one of the first names you think about within the Irish whiskey industry it is also one of the oldest names in the industry too, Teeling can trace its heritage as far back as 1782 when Walter Teeling opened up a distillery In Marrowbone lane in the Liberties area of Dublin, which at that time was named the “Golden Triangle “ due to the number of distilleries operating in that area.

The distillery was later bought by the neighbouring company William Jameson & Co.

Jumping forward to more modern times John Teeling a descendent of Walter Teeling purchased a facility which had been producing alcohol from potatoes, in 1989 the establishment was re opened after a substantial refurbishment in order to make Malt whisky under the name of Cooley..

Cooley distillery was later sold to Beam Suntory with around 16,000 casks of whiskey being retained by the Teeling family as part of the deal.

In 2015 the two brothers opened the Teeling distillery in Market square, Dublin, this was to be the first distillery to open up in Dublin for 125 years.

With the stocks of whisky produced at the new distillery are quietly sleeping, the whisky that had been released under the Teeling name is almost certainly made up predominantly from the Cooley stocks purchased as part of the sale..

The Distillery is set up with two wooden washbacks along with four stainless steel models, three stills hailing from Italy in order to retain the triple distilled tradition, the first is the wash still with it’s capacity of 15,000 litres, secondly the Intermediate still with a capacity of 10,000 litres and lastly the Spirit still which holds 9,000 litres. 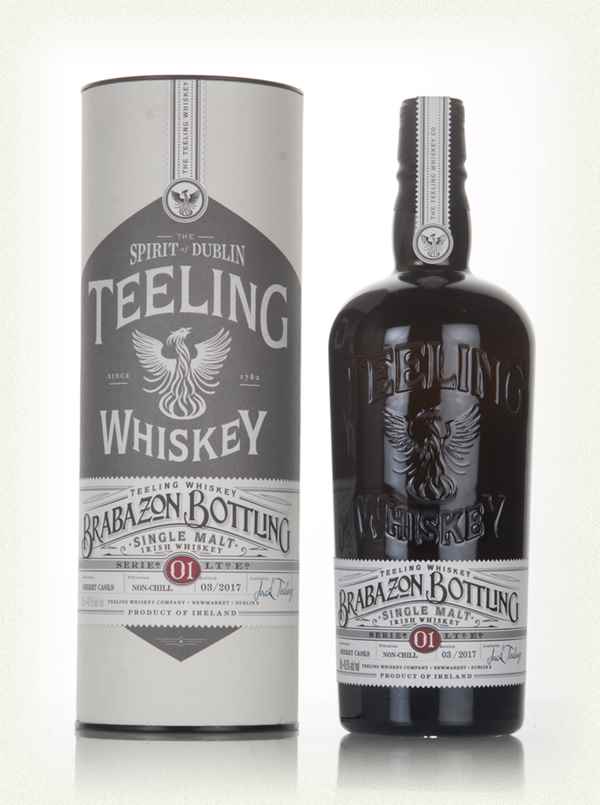 Distillery.. Teeling ( Although the spirit probably comes from Cooley)

Nose.. A sweetness descends and with it comes dates, figs, plum jam, toffee and a rich vanilla note that then leads into those typical dunnage warehouse aromas you get the instant the doors are opened.. Cherries, chocolate and icing sugar then become prevalent whilst a hint of marzipan gently rises through the enticing aromas already seducing your senses.

Palate.. Those typical sherried notes are all there along with the slightest burnt match note that is only just noticeable, Manuka honey gives it a little earthiness along with dried tobacco leaf, chocolate, coffee, warm cinnamon buns, and rich sticky toffee pudding with a thick gooey toffee sauce..

Thoughts.. The age old argument about whiskey matured / finished in sherry, wine or port casks comes to mind when you delve into expressions like this.. Are you tasting the sherry, wine or port when ageing spirits in such dominant casks or are you as many would argue, creating the exact style of whiskey you set out to do ? I always sit on the side of this whisky is still whiskey but has the added extra of sherry, port or wine domination, although with that said this is still not so sherried that all you are getting are those full on sherry notes.

It is a fine line that divides the big sherry styles from those that still allow us to find something reminiscent of the distillery profile left behind, and although this is fully matured in those sherry butts it does not feel like it pure sherry but that of a very well put together whiskey that is sherry influenced.. This is still a whisky and not as some would argue, a strong version of sherry !

The Irish whiskies always seem to retain that softness that allows you to still understand what lies beneath those big dominant flavours, you feel like you need to sit and relax, get to know what is in the glass and all the time you feel like you have something special to hand.

Another cracking whisky from the Teeling portfolio and available to buy HERE.